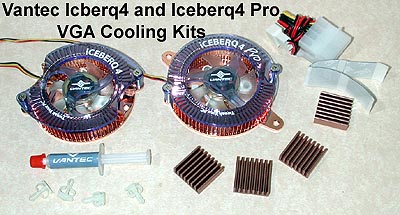 The good guys at Vantec were nice enough to send their VGA GPU coolers, the Iceberq4 and Iceberq4 Pro, to us for a test. These are all copper heatsinks that ship with:

These heatsinks can be used for the following videocards:

For other use, the following measurements may help:

As an extra added attraction, the Iceberqs include a two blue LEDs in the fan: 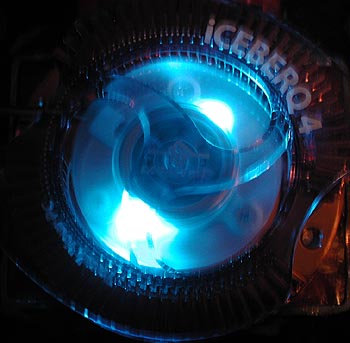 The fan is fairly quiet, although high pitched – I could not get a reading with a Radio Shack sound meter 8″ from the fan’s intake. 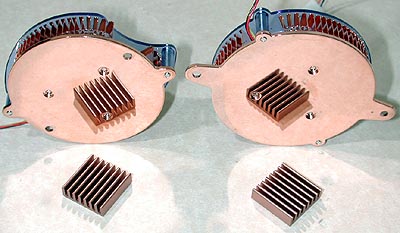 When I ran my nail over it, I could not feel or hear any ridges. Polished does not equal flat, however – I found that the Iceberq4 was not particularly flat and performance suffered as a result.

To give some idea of what smaller die sizes can do, I ran both on the Small Die Simulator:

Thanks again to Vantec for sending this our way. The Iceberqs are available from The Heatsink Factory.

Today is the fourth anniversary of 911. Ironically, it’s a good time to look at a more recent disaster. Katrina shows us the benefits and limitations of modern technology. Computers let us communicate in ways unimaginable even fifteen-twenty years ago.

There’s a case pending before the U.S. Supreme Court which could potentially have a huge impact on future computing. The case is Ashcroft v. Free Speech Coalition, and you can read the U.S. government’s brief submitted to the Court here.

Introduction This article will attempt to present some ideas along with a general engineering analysis of a CPU (or other component such as a graphics chip or chipset) cooling system. The object is to lay out the physics behind such