WARNING: The following article describes a modification to an Asus laptop that will void your warranty or, if done improperly, may damage your laptop. Neither the author nor Overclockers.com will be held responsible for direct or consequential damages resulting from this article.

After a few days of playing around with my Asus Z71V with a Dothan 1.7 running at 2.26, I tried to do some undervolting to cut down on the heat and power consumption. I had mixed results; I was able to get the lowest multiplier (6x) down to 0.716V from the stock of 0.988V.

The highest multiplier (17x for me) was not as forgiving – I was only able to get it down to 1.292V from the stock of 1.340V. These voltages were all tested with Prime95 overnight. I used the Centrino Hardware Control application to perform the voltage changes.

I then started to think about the heatsink design inside the Z71s – it uses a heatpipe between an aluminum block and a set of copper fins: 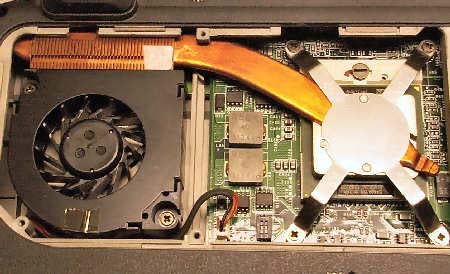 I removed the bottom cover to get a better look at the heatsink. My focus was drawn to the fact that there did not seem to be a lot of contact area where the aluminum block met the heatpipe. 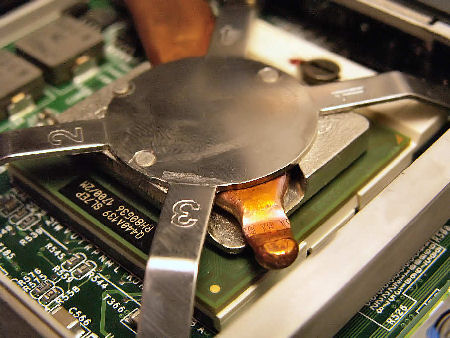 I would have to remove the bracket that holds the heatsink in place. I started by removing the whole heatsink assembly. The bracket is secured by 2 bosses on the aluminum block. The bracket is just pressed on so a small blade screw driver and very little force popped the bracket right off the block: 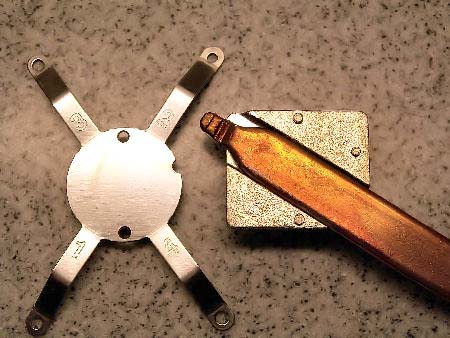 Now for a closer look at what was under the bracket: 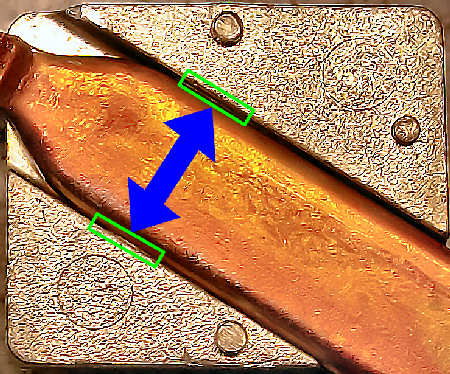 The only true contact made between the block and the heatpipe is the area that is silver soldered – it is the area in the green rectangles above. Now a look from the side: 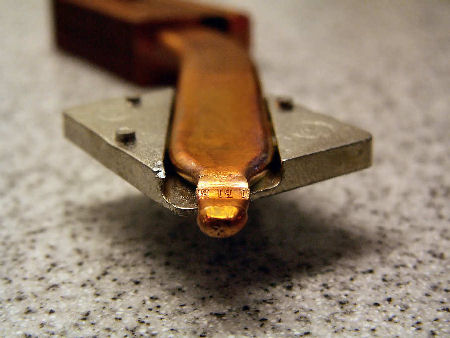 Here you can see the silver solder a little better on the right.

To remedy this situation, I got in my overclocking toolbox and got some old silver grease that we used to use on some plastic injection molds that used thermal pins to help cores stay cooler (You can find more about thermal pins and this thermal paste here on Noren’s website.)

Although most of you won’t have the silver grease that I did, don’t let this stop you – you actually might get better results with Arctic Silver 5 or some other compounds instead.

I decided to try and force the paste down into the gaps. I started by laying down 2 beads of paste across the seam on the top. 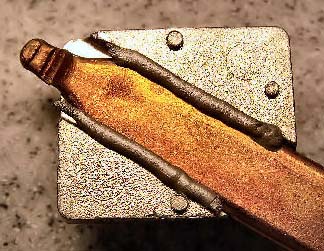 I forced the paste down inside the gaps with my finger and a plastic glove. It seemed to flow very nicely. Here are some pictures after I was done: 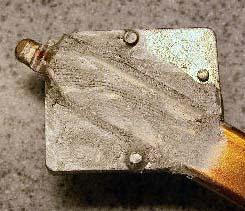 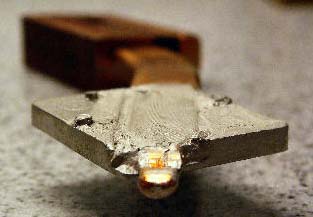 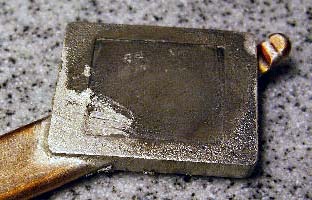 All that was left to do was snap the bracket back on top and install the heatsink back into the laptop. 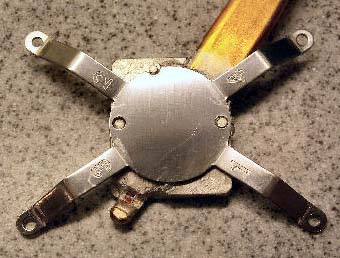 After I got everything tight and back in place, I fired it up to see if it helped any.

The results were great!

Here are some of the improvements:

All in all, this was an easy way to help keep my Asus Z71V run more efficiently.
Now I want to try sticking my 1.8 that would not run very stable at 2.4 back in and see if this fix will let it run stably.

ED NOTE: This is an excellent mod that is easy to accomplish for both the Asus Z71A and Z71V. The only modification to this I would add is that results might even be better with thermal epoxy ONLY between the bracket and heatpipe – DO NOT use epoxy to mount the heatsink to the CPU core unless you want a permanent installation!