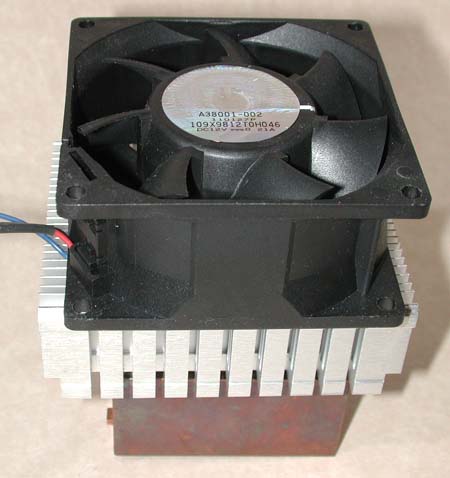 One of our readers in Intel’s Advanced Thermal Design Division took a chance and sent me a pre-production copy of Intel’s latest Prescot Retail heatsink. As many of our readers know, the Prescot runs very hot under “normal” conditions. Intel’s latest answer does not lack for weight – it weighs a mind-boggling 3.8 pounds, most accounted for by the copper base: 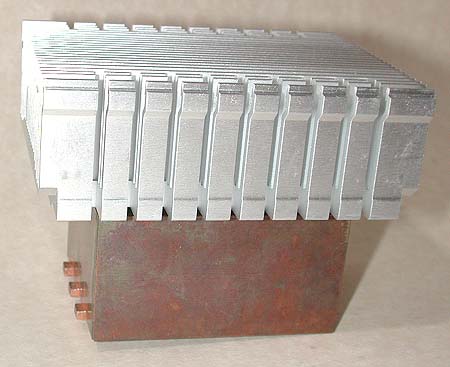 Intel believes that for most users, the massive copper base will absorb enough heat during normal¹ use such that the buffering effect of the base will effectively moderate CPU heat. 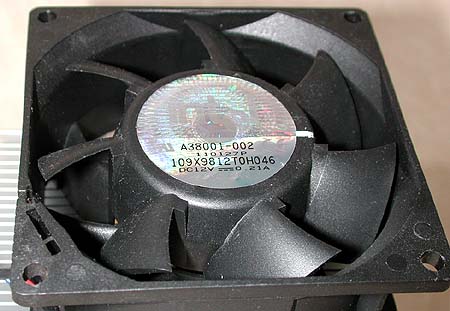 It features vanes in the base to straighten air flow. To moderate noise, the fan includes a thermistor mounted to the heatsink’s base; under non-stressed use², the fan turns 2000 rpm and is almost noiseless.

The mounting system is for on-board mounting and includes a backing plate and spring loaded bolts: 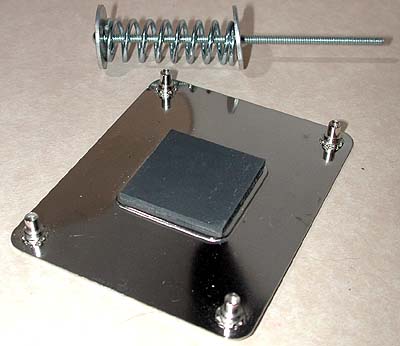 In this version, mounting pressure is spec’d at 238 pounds – Intel recommends using a valve-spring compression tool to de-tension the springs for mounting.

Intel includes this in the Retail Upgrade Package: 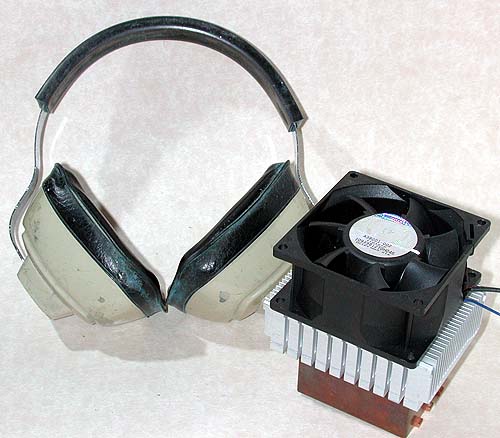 The Prescot Retail was tested on an Acorp 4S845A motherboard with a modified P4 1500 to read CPU case temps. I varied rpms to give a range so users can match performance to noise tolerance.

Intel’s skunk works has developed an interesting answer to Prescot’s heat profile, although users are warned that there is a potential for long-lasting damage to hearing; in fact, Intel plans to include health warnings on the heatsink’s packaging to comply with relevant OSHA standards.

Intel is going to be ending its Intel Channel Rebate program. Rather than having resellers pay more and then have to file a lot of paperwork to get some of their own money back later on, Intel will lower the Read More

AMD: Show Me The Money

Barron’s had an article the other day touting AMD and saying it might reach $50 a share in two years. How likely is this? Well first, AMD is a pretty volatile stock. It tends to jump up and down a Read More

A detailed look at this product – Jordan Stella
Read More