Any doubt that the internet is a force for change has been dispelled by what’s happening in Iran, and what you can do to help.

In so many ways, events in Iran have crystallized how pervasive the internet and indeed how irreplaceable it has become as a communications tool without peer. The “election” in Iran, both before and after, so involved the internet through social sites such as Facebook and Twitter to the extent that the Iranian ruling forces censored and blocked sites to thwart the free flow on information favorable to the opposition. The picture below is most likely only available on the internet – no way it would show up in any of Iran’s newspapers: 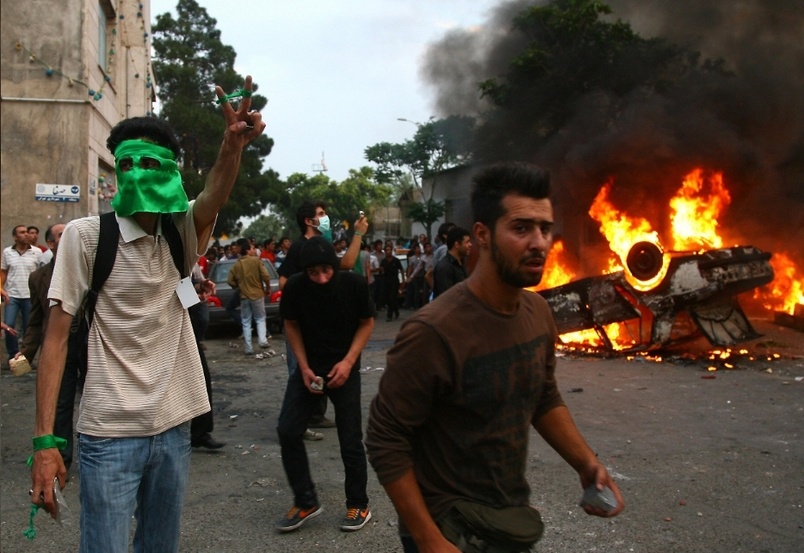 Much has been written about the decline of traditional print media and frankly it’s not hard to see why. In contrast to print news, the immediacy using the internet is stunning. For real-time Twitters, amny originating from Iran, here’s one source – it’s riveting to get news as it’s happening. A picture blog called  Tehran 24 is showing pics from Tehran’s streets is worth a look. According to PC World, there are additional pics on Flickr at Mousavi1388, Parsaoffline and Sharif, with graphic videos on The Daily Dish run by Andrew Keen.

If you want to do something tangible to help out, the tech-savy among our readers can do a service by setting up a proxy server which helps to skirt blocked sites by the Iranian government – here’s a  How-To by Austin Heap.

Put all these sources together and you get a real sense of why traditional media is in trouble. There are no filters between you and what’s happening real-time. You may have thought that the social networking sites were trivial, but in fact facilitating the real-time dissemination of riveting events transcending national borders is, frankly, about as much a game-changing technology as the invention of the printing press.

The genie is out of the bottle and attempts to get it back are doomed to failure.

Two Articles Worth a Look

First, looks like the tablets are coming. Thanks to Apple, others are getting tablets to market soon – more on this HERE.

Second, Intel Celeron CPUs have always been a great budget PC choice and overclock well – here’s one to consider HERE.

Netbooks arrived in a perfect storm of cost, clouds and generational change.

I Want To Buy NOW

I’m starting to get a lot of mail from people who are getting itchy. The CPU prices for AMD have reached desirable levels, and folks are reacting to that in a way that makes salmon during mating season look ambivalent.