I recently decided to build myself an IBM ThinkPad 600E. Seeing as how I would, in the future, be going into computers, I thought It would be great start. I started by purchasing a complete motherboard off eBay, which by default had a Pentium 2 366 MHz MMC-2 module CPU and 32 MB of onboard RAM.

The Company (Gear Micro) I purchased the motherboard from also hooked me up with a keyboard and an LCD screen. I also purchased 1 128 MB PC-66 and a 32 MB RAM chips and a DVD-CDRW combo ultra slim device, plus a battery. After building the black little beast, to my dismay the little 366 Mhz CPU Was too slow to properly play DVD’s and handle other applications. I knew I had to upgrade it to at least A Pentium 3, and then my journey began.

I started by calling a few IBM ThinkPad techs. They didn’t really know what they were doing and said a Pentium 3 was not compatible; I asked other IBM techs and they all said it wouldn’t work. Being the kind of rebel I am, I went out and bought a P3 500 MHz MMC2 ThinkPad CPU and another 128 MB of RAM.

I took My ThinkPad apart, installed the shiny new part, booted up my ThinkPad and got a post error 127. I have to find out how to bypass this. I did some research and came to the conclusion that the L2 cache was not compatible with my motherboard and was to blame for the post error 127. I found a way to enter the 128 CMOS HEX editor and had to do some research to find out which byte to change to disable L2 cache. I found that changing byte 02 to 0A on section 20 disabled L2 cache.

No errors, but my journey was not over – when I tried to watch DVD’s, it would skip – thus, the L2 cache is needed to help this from happening – some other things where also unstable. So after more researching, I found a program from “Power Leap” that can in the OS force L2 cache to enable. My DVD’s and other programs now run problem free.

I also discovered I could overclock the CPU by soldering a 1k ohm resistor to the left side of the circuit on the CPU. I could push the FSB mode to 108 MHz, thus getting an 8% overclock. But once again, we’re not done – faster speeds require more power, and more power = more heat.

In my time with computers, it seems to me the cooler you keep a computer, the longer it will last, so I changed the fan to a faster model (600x), and on the bottom applied 2 thermal pads. The 600E seemed to stay very cool after this. I now use my 600E all the time – it works very fast and is very reliable. 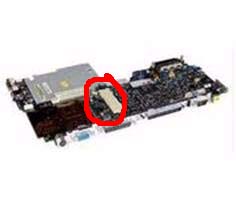 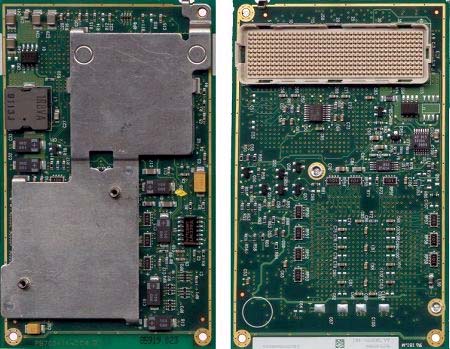 And this is the MMC2 module that fits on the socket. After installing the new CPU, you will boot up with error 127. Go to “test”, go to “exit”, go to “config”, hit “control-d”, take curser to byte 02 on 20, change byte 02 to 0A by typing “A” when the curser is under 02. Then you will boot clean; next go to Powerleap.com and download CPU Control Panel.

And you’re good to go.

To push the FSB mode to 108 MHz you must solder a 1K ohm resistor to the area shown in the picture below: 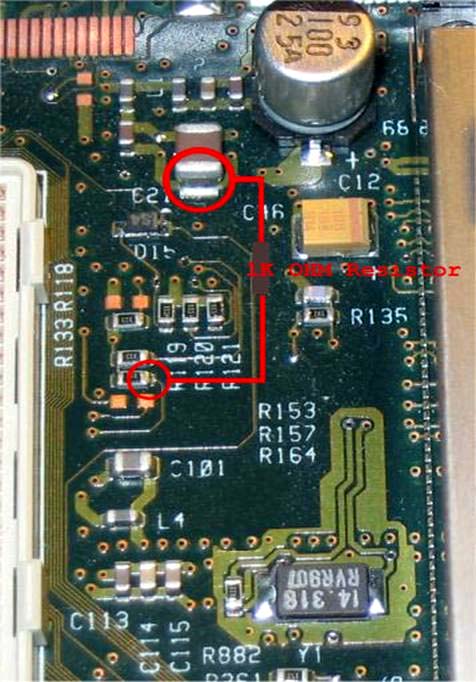 The CPU I purchased was 600 MHz, but my Thinkpad only read 500 Mhz. I discovered that the CPU had Speed Step Technology – it is supposed to step up to 600 Mhz but my motherboard didn’t support this, so to disable Speed Step, I had to find the Speed Step controller chip, cut it and solder a 2.2k ohm resistor to the CPU to get my full 600 MHz 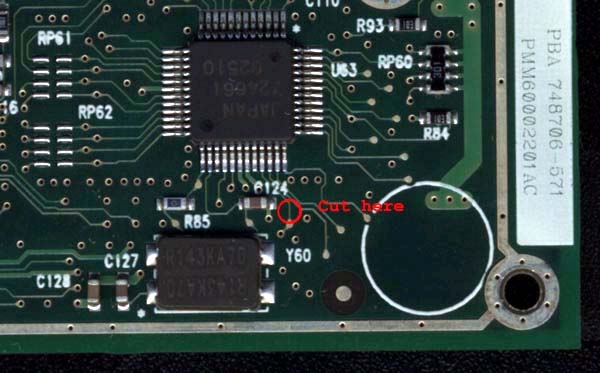 Solder a 2.2K ohm resistor to the area shown below: 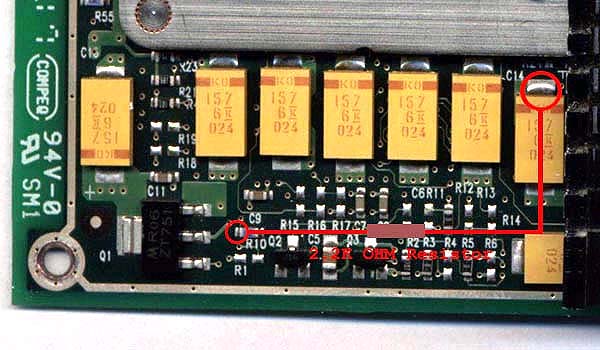 The last few weeks, there’s been a decent amount of discussion about the Epox 8KHA+ being or not being able to accommodate video cards like the Visiontek Ti4600. Some people can, some people can’t. What Epox essentially said about it Read More

And Its One, Two, Three, What Are We Fighting For?

“We’re introducing this great board today. Well, not really. We won’t actually hand you one for a month, and nobody can buy it for two months, but we want an extra round of free advertising, so you will write a Read More