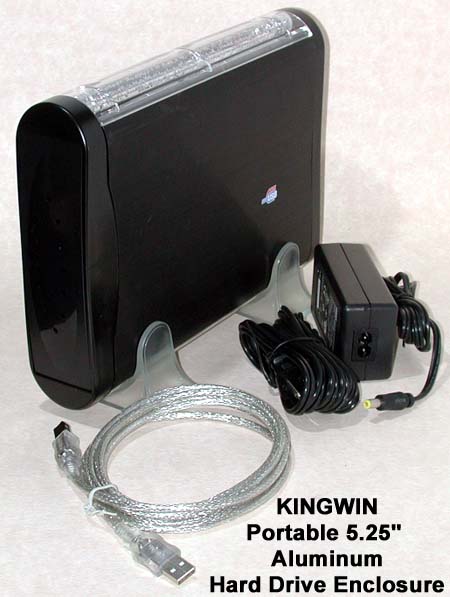 The good guys at Kingwin were nice enough to send a sample of the Kingwin Portable Aluminum Hard Drive Enclosure (KH-525U-BK) to try out. This is an external 5.25″ drive enclosure that has its own 30 watt power supply – there is also a version that includes a Firewire port (uses the Oxford 911 chipset for Firewire) in addition to the USB port for higher throughput; both version come in either silver of black.

The aluminum case is certainly strong enough to withstand the knocks for portable use. I also like the LEDs: 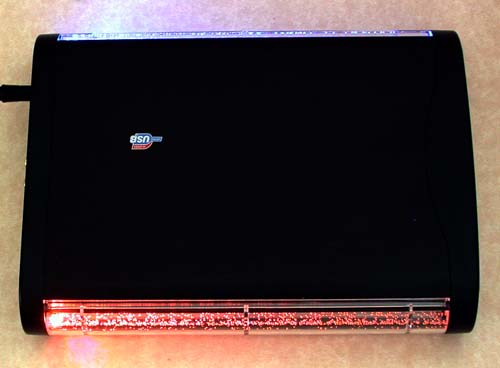 These are quite bright and, in a darkened room, the blue LED will give enough enough light for a decent night, or mood, light. It’s also cool to see the orange LED flicker on and off during data transfers.

One other feature I think is very good are the holes in the base for both CDs and hard drives: 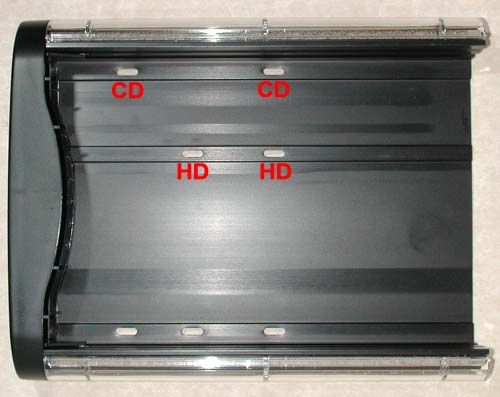 No need to buy an adapter kit to use this for a 3.5″ hard drive. In addition, with all that space, the cooling for a hot drive is quite good – more on that later.

ports for power, USB and audio jacks for use with CD ROMs; the power switch and fan are clearly visible. Also note that there are four small black screws holding the back to the case – you remove these, the back slips out, 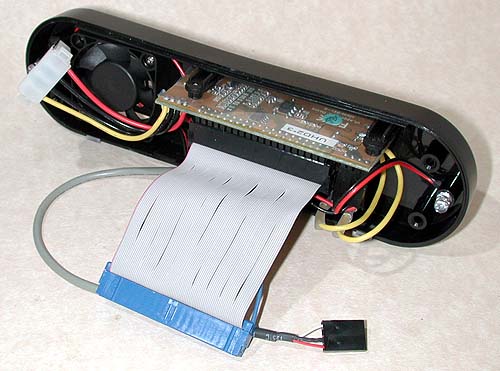 and then you can remove the top cover – the enclosure now looks like this: 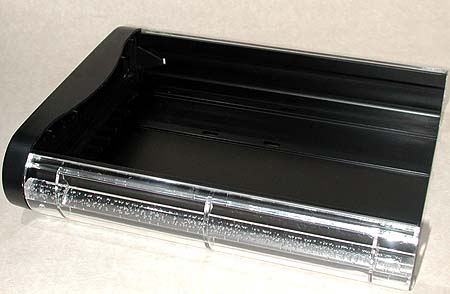 Reverse the process after a drive is installed (why the paper documentation shipped with the enclosure does not show this is beyond me). One thing I will note is that fitting the cover into the enclosure’s top rails is a bit finicky – the tolerances are on the tight side (not bad, BTW).
{mospagebreak}

When mounting a drive, the “guts” of the unit are contained in the removable back piece: 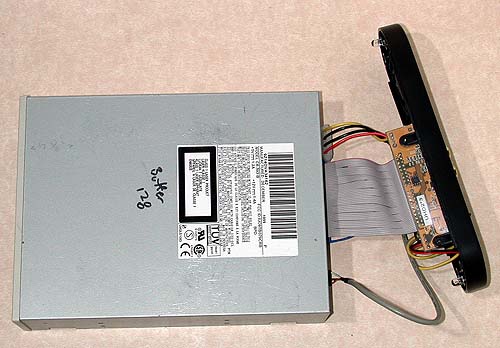 I used this unit to clone a few hard drives and used it as shown – no need for the case as long as you’re careful. With a CD mounted in the enclosure, the front panel is removed (DUH!): 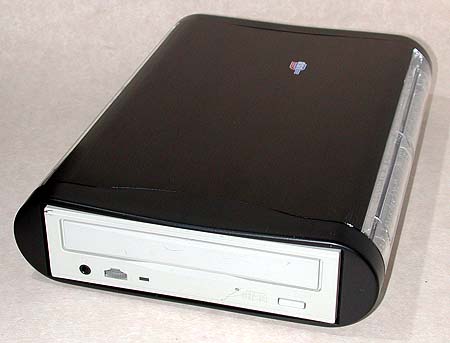 The entire front piece is removable: 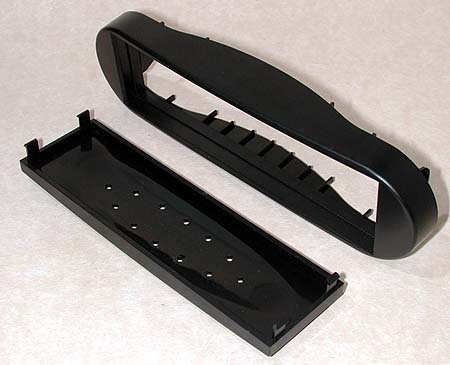 The front tabs fit into slots machined into the enclosure’s sides: 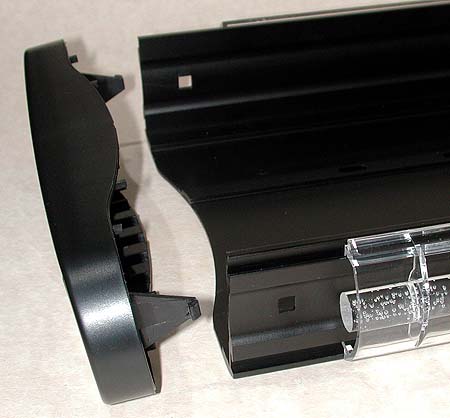 All in all, a neat, well fitting package.

I can’t explain why cooling was better with the front cover on than off – normally, I would expect that the less restrictive condition would move more air resulting in better cooling. I ran this more than once, so it’s not a fluke (could be that the holes in the cover distribute the air more evenly over the hard drive’s area).

In any event, what’s notable is that Kingwin’s Portable 5.25″ Aluminum Hard Drive Enclosure does a very nice job of cooling a hot drive – 8 – 10 ºC is significant and, I expect, may pay a benefit in longer drive life.

Kingwin’s Portable 5.25″ Aluminum Hard Drive Enclosure is an attractive and effective external hard drive enclosure. Of all the enclosures I’ve seen, this one stands out for its flexibility and performance.

This drive is available from Directron for $36.99 (silver).

Freedom Of Speech: Not A Law, A Lifestyle

Today is Independence Day in the United States. The events that Independence Day commemorates are among the most known and least understood of modern times. Let’s take as an example one of the notions that came about as the result

This place says that AMD is trying out a 90nm CPU that uses a different socket, socket 900. The code name of the chip, Toledo, is one that has been on AMD roadmaps for introduction sometime the second half of

What I wonder is why they don’t make an anti-sound device to cancel the noise of the fans. This technology is well-known, simple, reliable and good at dealing with repetitive sounds (like fans I would guess). It’s been used in