Light up the bottom of your PC – Joe

SUMMARY: A new one for case modders – LED Legs. 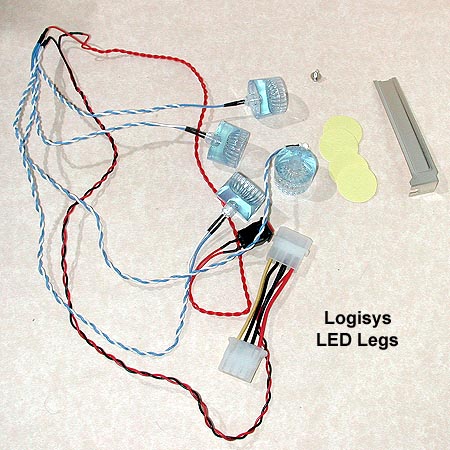 The good guys at Logisys were nice enough to send a sample of their case mod product – LED Legs. These are replacements for the feet on your PC that light up. Included in the kit are four LEDs, four feet, a PCI switch plate/switch and pads to hold the new feet in place.

The feet are plain Janes by day, 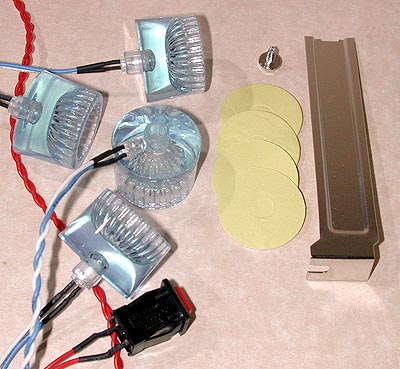 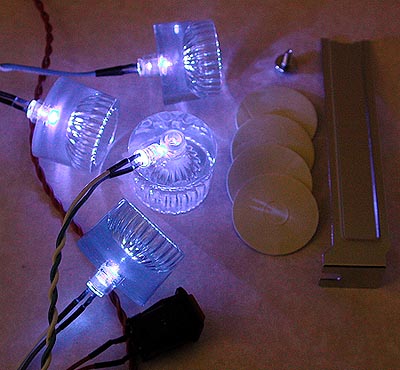 they throw a considerable amount of light into the room. The LED slips into a hole in the feet:

The On/Off switch mounts in a spare PCI slot – rather than toggling it on and off, I would just leave it on so that the legs light up when the PC powers up – these are not power hogs by any means. All told, a nice addition – you certainly will see the PC at night and I think it makes a very nice night light.

Looking at these, I think they can be used just about any place – kind of like headlights; this is one of those products that are only limited by your imagination.

Thanks again to Logisys for sending these our way – cute idea!

Hector had a bad day yesterday. He was so convincing yesterday that two security firms downgraded their estimates of AMD stock after the meeting. The AMD spin was “We were so successful with the OEMs that we just forgot about

People often say very, very serious things very lightly. For instance, when young people are in love, they are prone to say things like “I would give my life for you.” You know, that’s a pretty serious words. However, however

First, some bad news, but I promise the rest of it looks much better. Intel announced a couple days ago that it was going to pull 550E processors for about a month for some redesign, so they aren’t going to