Lian Li was nice enough to send a sample of their  5.25″ Fan/Temperature Controller Kit (TR 5A) to try out.

This controller fits into a standard 5.25″ drive bay on a desktop case. 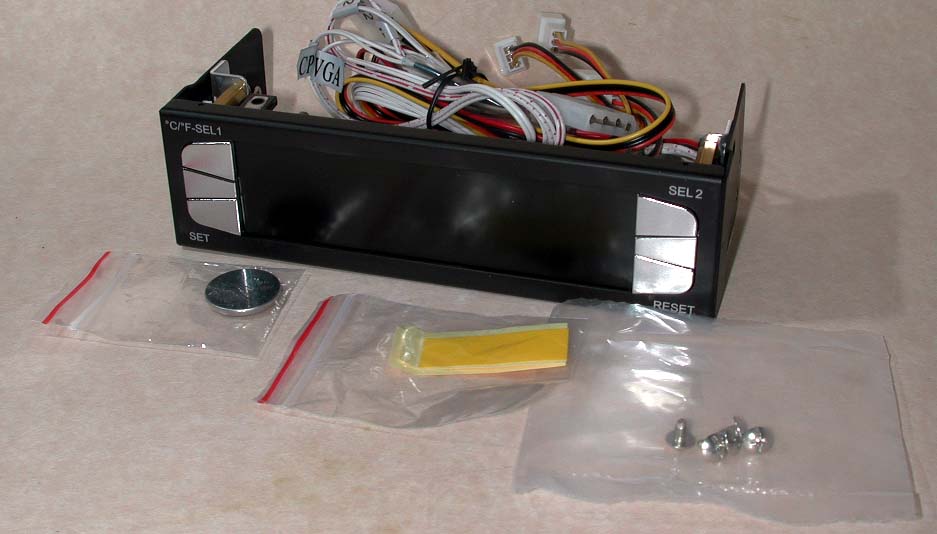 The controller can accommodate four fans; each fan can be set with a temperature profile so that it will speed up as temps increase. In addition, each fan has temperature thresholds which can be set to trigger an alarm. The alarm will be a buzzer and the LCD display will flash and turn red.

A view from the back shows the PCB – not much space is taken up here: 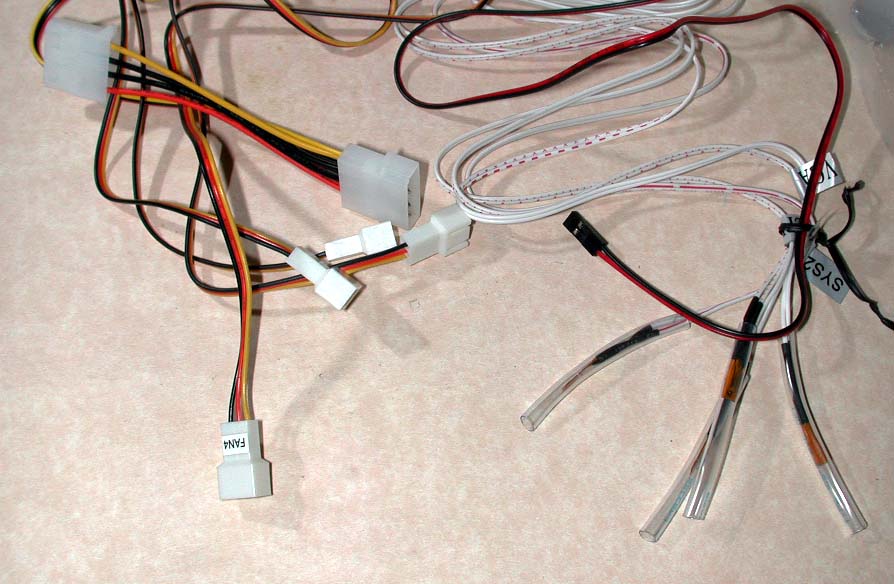 Here is the display all lit up – very clear:

The kit ships with a 120 mm fan which features 4 LEDs for some bling: 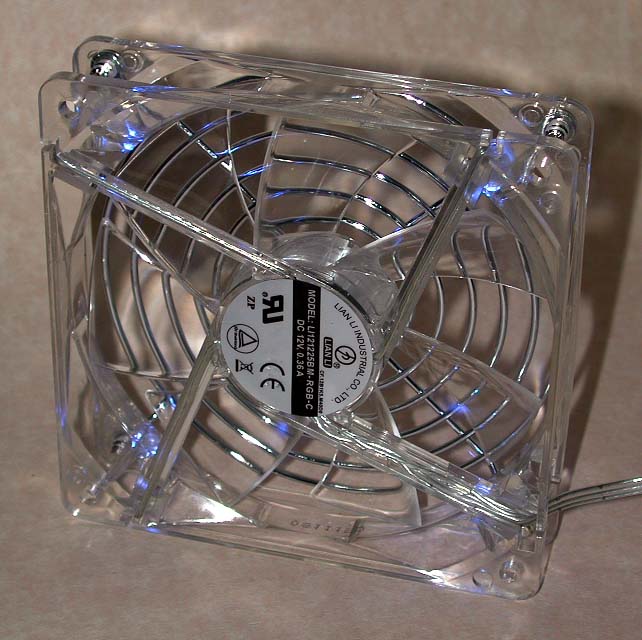 There is a manual which shows how to set the various functions. The detectable range for temps ranges from 0 to 90°C, fan speeds from 0 to 9999 rpm; defaults for CPU alarm temp 70°C, VGA 60°C, Sys 1 and 2 50°C. These temps can be manually adjusted with a range from 40 to 70°C. In additon you can set the time and date functions which are powered by a small battery to retain settings when powered down.

Overall, a nice piece of kit. The manual is minimalist to say the least, although I did not find settings difficult at all. If you have a spare bay and think a fan controller would be a nice add-on, the Lian Li Fan/Temperature Controller Kit is one to consider.

A Centrino In Your Future?

The Inquirer reports that Intel will begin using the Centrino system for the desktop. I use the term “Centrino system” because the terminology used by Intel is a little confusing. The CPU used in Centrino is not called a Centrino;

A month ago, I wanted a Mac that would do Windows. Well, Apple decided they’d better make me happy . They’ve provided the EFI-to-BIOS program needed to boot XP, and the rest of the 83Mb package is basically just Windows

This is Day 17 of the Anandtech Hostage Crisis. Well, gee, what other explanation can there be for nothing new posted on the site for seventeen days? Oh, there is one (second post): ” . . . the holidays plus