Lian-Li
is a company known for its fine aluminum products, such as cases and hard drive coolers. They were nice enought to send me their Lian-Li PC70 Aluminum Server Case to review.

First thing I thought was “man this box is big.” I ripped it open to see it. It is made from Aluminum and it’s light as a feather compared to my full tower steel Enlight.

Let’s see if this case is worth $350 MSRP. Is it just for servers, or for others?

Let’s take a first look at what I got: 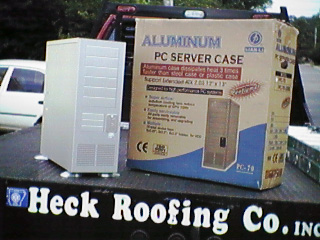 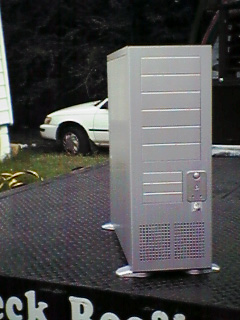 I looked this over, and saw a lot of things I liked.

First, the cable for the LEDs and switches was a nice ribbon style set of wires. Second, the hard drive rack is placed right in front of the lower front intake fans. There’s two 80mm fans in the lower front.

Then I popped the front panel off and found a three position fan speed switch. 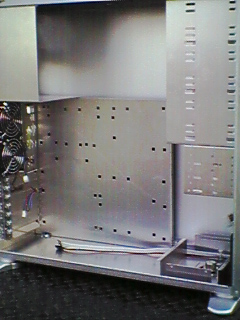 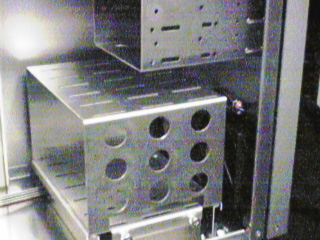 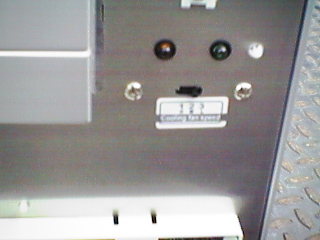 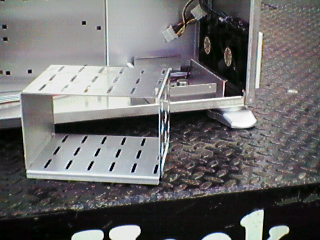 I then peeked into the back of the case and found another two 80 mms fans with finger guards blowing out of the back.. The power supply sits in a aluminum tray. The inside back of the case has two fan holes ready for some 80mm fans of your choice. The case is professionally finished, with fan holes/grills cut out the back with smooth edges. 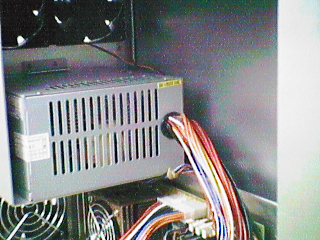 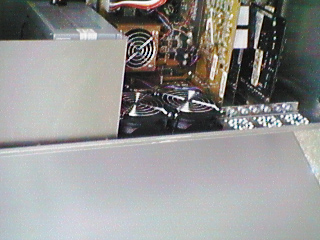 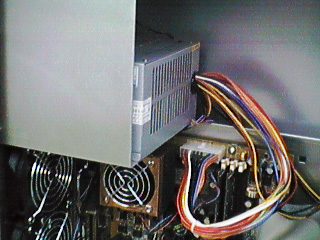 The front intake fans come with a filtering system. The blank insets in the 3 1/2″ and 5 1/4″ bays are made of ionized aluminum like the rest of the case. They are strong, good looking, and easy to use and clean, making this the best case front I’ve ever seen. 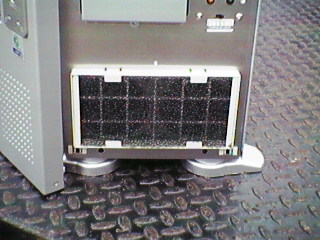 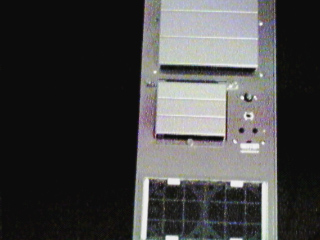 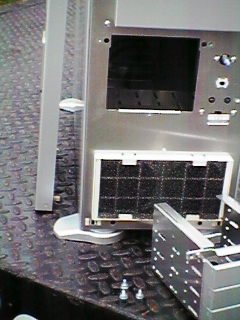 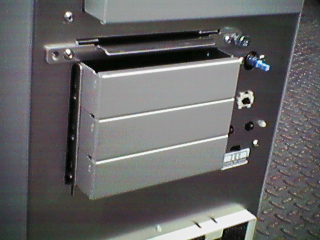 The back of the case? Just take a look for yourself: 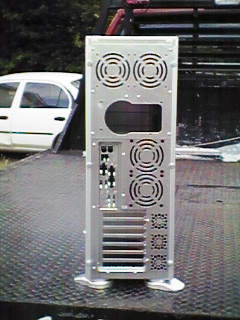 This case made a real difference for cooling. My Enlight full tower server case with over 500CFM of air flow was VERY noisy.

With this case, even though I had airflow totaling less than 100CFM, I still dropped 10F on my CPU temperature and 3F on motherboard temperature. I think the aluminum is soaking up heat that’s passing by it and becoming one big heatsink. Whatever is happening, I’m getting lower temperatures with much less airflow and much less noise, making aluminum a clear winner over steel.

Installation was very easy, too. Nicely-made tabs for fitting and securing your motherboard are the strongest I have seen. Thumbscrews are used throughout to make installation even simpler. Hard drives, floppy, and CD-ROMs went in very easily.

The only gripe I have about the case are the feet. They’re made of plastic and look like they could break easily. They also move around too easily. 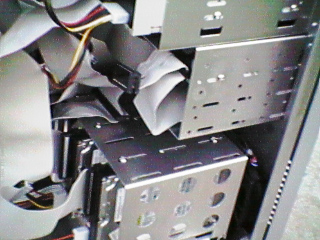 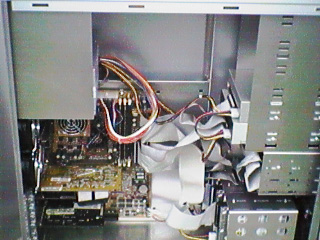 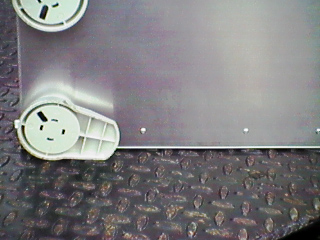 The filter up front is nice but a lot of the small stuff gets through. I modified it by placing black pantyhose over the filter.

All in all, though, I love this case’s looks, performance, and engineering and would recommend it to any overclocker or PC enthusiast.

Thanks again to Lian-Li and Robert at Lian-Li for sending this case for review. If you are a vendor interested in carrying their cases, drop Robert a line.

Prescotts I and II

Is Microsoft Trying to Shut Down the PC Gaming Market?

Last week NDP Group released the sales figures for 2006, with console game sales bringing in $12.5 Billion – yes, you are reading correctly – 12.5 BILLION DOLLARS and this is only US sales. But this is not so surprising; Read More