Why buy when with a little epoxy you can make them. – Nick Pitchford.

This is a little story about how I made my own thumbscrews. 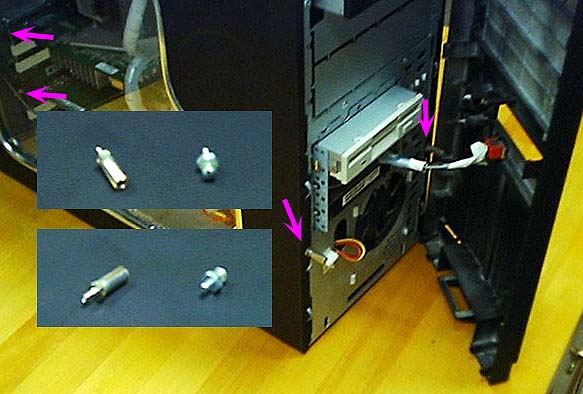 I made two different kinds, and included 2 other kinds I didn’t have the supplies to make.

I made 8 total, there are six in the back, 3 of which holding cards in, and two in the front, one holding each side panel on.

In the inset pictures, the thumbscrew to the left is the one made from brass bushing (I filed down 2mm for better grip, as can be seen by the brass colored pits running longwise down the handle.). The one on the right is a nut epoxied half way down a bolt.

There are those among you who want to make every dollar count. You’re not cutting-edge, you’re more back of the knife. This approach may not give you bragging rights, but your wallet thanks you for it. It looks like your

What You Can Find In A Snapshot

Each of you that come to this web site have a different view or reason for being interested in overclocking. Some hold the belief that, just like a car, a computer needs to be constantly tweaked and enhanced to always