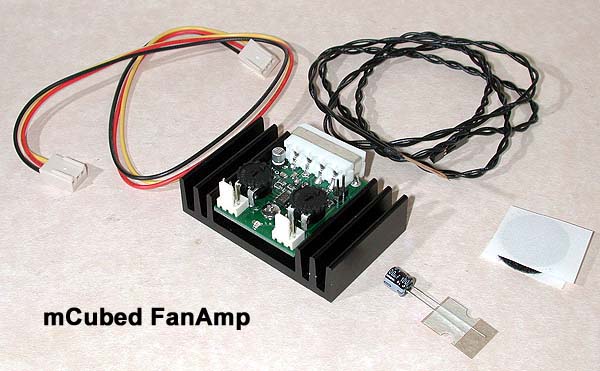 The good guys at mCubed were nice enough to send a sample of their FanAmp to try out. The FanAmp is a separate power supply for 12 volt devices, such as fans, waterpumps, etc, controlled by a thermistor.

The FanAmp comes in a compact package: 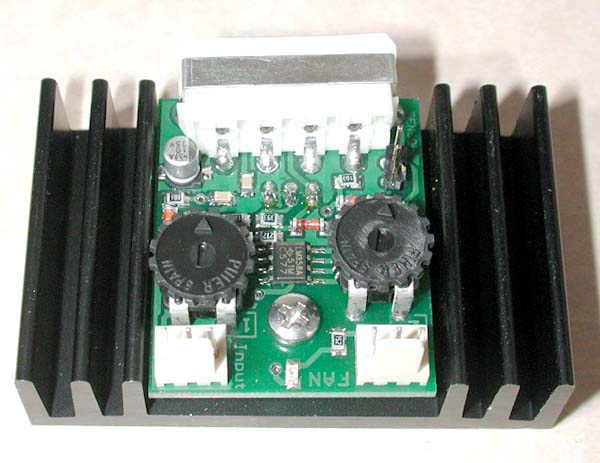 It hooks up to a hard drive plug for power: 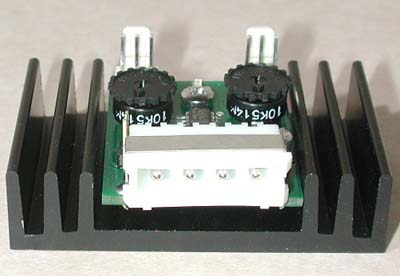 Users can control fan speed (right knob) and the temperature point (left knob) at which the fan kicks up to 100% speed: 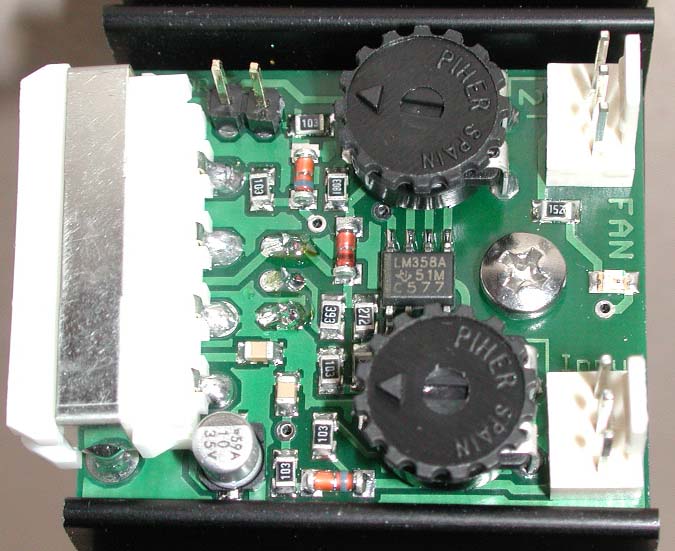 The two pin plug at the top left is for the thermistor. The pin at the top right is for the fan or other 12 volt device, and the pin at the lower right allows users to connect the fan amp to a motherboard fan port. In addition, with software such as Speedfan, you can add more options to control voltages from zero to 12 volts.

There is also a built-in delay so that when the set temperature falls back under the set limit, voltage will be reduced but not right away. According to mCubed, “The short-time power (for example during start-up of a water pump) of the FanAmp is more than a 550 watts power supply can provide.”

However, they do include a capacitor 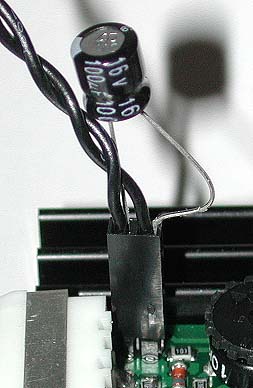 so that when the FanAmp first starts, the 12 volt devices connected to the FanAmp will start at full power, then fall back to its setting. This is needed for some devices that might not start at lower voltages but once started will turn over at a reduced voltage – fans are a good example – some will run at something like 4 volts but will not start at 4 volts.

The temperature knob sets the point at which the 12 volt device will run at 100% power, so the FanAmp can run a fan, for example, at 4 volts and when temps hit a set point, speed up to 12 volts. When temps go below the set point, the fan while once again slow down to 4 volts after a short delay.

There is an LED on the PCB which varies in intensity proportional to power – when at 100%, it will be fully lit; under that, its brightness dims relative to supplied power. 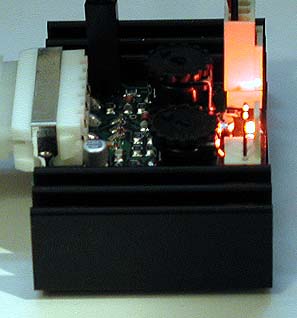 In use I found it easy to set up. It’s a pretty simple device and the temperature range is more than adequate – it can be set for temps between 20°C to 120°C. I set the temp such that when I held the thermistor in my hand, the fan kicked up to 100%. I tried this repeatedly for about five minutes and it kicked on every time.

Simple to set up and use – mCubed’s Fan Amp gives users a means to isolate 12 volt devices and control them based on temperature.

A Curious Absence . . . Up to now, the Athlon 64 has generally competed well against its older brother, the FX. A little bit too well, in my humble opinion. Someone has finally run the types of tests necessary

No way we can duck this story. 🙂 Once upon a time, some people from the Shanghai Supercomputer Center wanted to upgrade their computer so that it would be faster than some Indian supercomputer running a few thousand Intel chips.

How Much Is Too Much?