SUMMARY: Since many readers use aircooling, measuring airflow resistance is a handy tool to shed some light on aspects of PC cooling.

Cooling hot CPUs is something we pay a LOT of attention to. The great majority of readers use aircooling and spend a fair amount of time looking for effective solutions.

One tool that I now have access to is an Airflow Chamber: 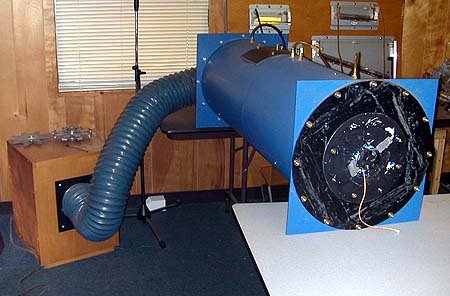 This particular unit is made by Airflow Measurement Systems. The following diagram shows how it’s designed: 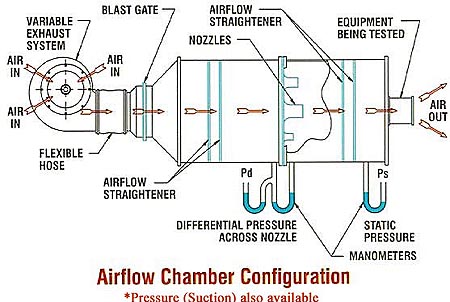 The unit pictured above pulls air through the chamber. The round black plate on the front of the tube is where you mount the sample (could be a fan, heatsink – even a PC Case) and the box at the rear is the “variable speed counter blower fan”. Airflow is varied using the “blast gate”, a movable plate to restrict airflow through the chamber.

Air is air drawn through the sample and through the calibrated nozzles (calibrated nozzles are accurate to .0005″). Pressures are read before and after the nozzles through a system of gauges. Based on the readings, airflow is then calculated, adjusted for barometric pressure and temperature, tested to the AMCA 210-99 standard

A full description of the flow chamber is HERE, and for a technical overview, go HERE. In addition, readers interested in understanding more about fan performance can start HERE.

By mounting a fan on the heatsink, we can determine how it interacts with the heatsink for airflow through it.

As an example, we tested Swiftech’s MCX462+ with a Tornado and Adda 80 mm fan to determine how these fans would interact, and deliver what airflow, with it.

The first step is to mount the heatsink on the flow chamber: 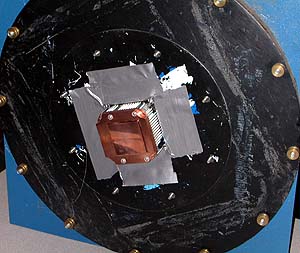 This pic above show the Swiftech mounted to the front sample plate (good old duct tape!). The plate it rotated so that the heatsink is then inside the chamber: 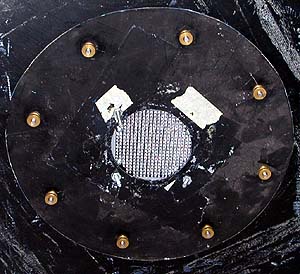 Inside the chamber, there are calibrated nozzles: 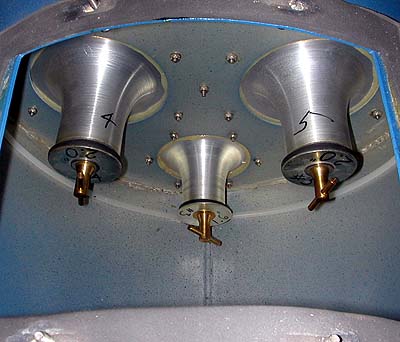 Each nozzle is calibrated so that once the pressure differential is known, airflow can be calculated specific to the nozzle. Two readings are taken – one for differential pressure across the nozzle, the other for static pressure after the sample.
{mospagebreak}

To read pressure, tubes are attached to gauges mounted nearby: 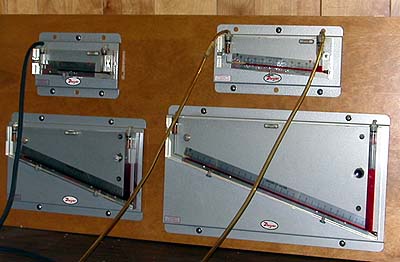 Each gauge is filled with a red oil to facilitate reading: 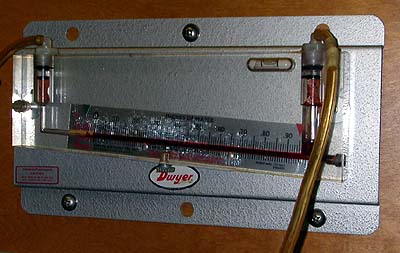 The Swiftech was mounted and, by using the blast gate, various pressures were determined to get airflow through the system. From this, a System Resistance Curve was developed for it: 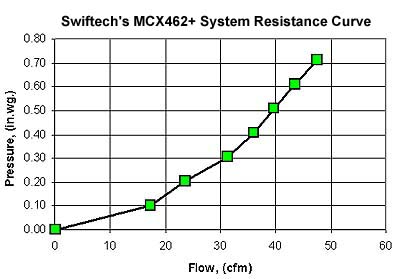 This shows how much pressure is needed to get air moving through the heatsink’s fins. Note that the steeper the curve, the more difficult it is to move air through it. Here’s where the heatsink designer faces a tradeoff:

The consumer’s choice is to determine the tradeoff between cooling performance and noise:

We have determined one side of the equation – the heatsink’s system resistance curve. Now we need to find the fan’s power curve (PQ) to determine the best fit. Each fan has its own distinctive PQ curve – for example, the low-flow ADDA: 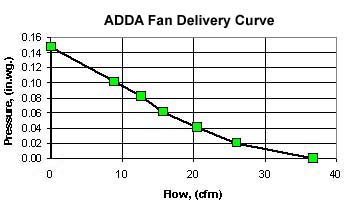 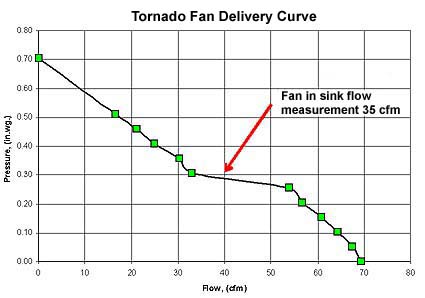 Putting all this together: 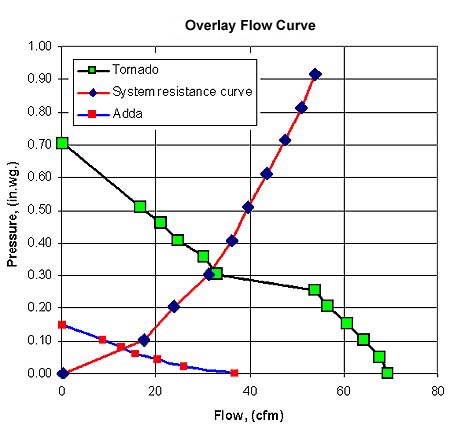 The relatively quiet ADDA pushes about 12 cfm through the Swiftech, while the much noisier Tornado pushes something like 35 cfm through it. Note the relatively high “cost” that system resistance takes on cfms – less than half the fan’s free airflow makes it through the heatsink. 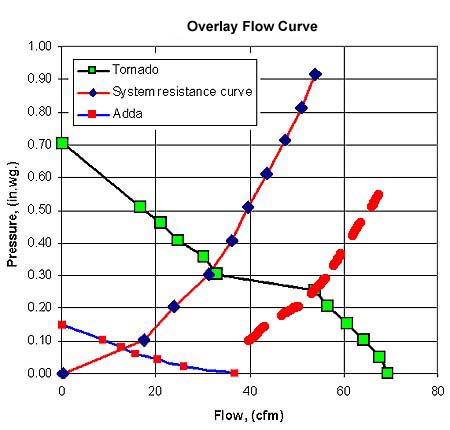 Another 20 – 25 cfm could do wonders for performance and, at the same time, allow users to select lower cfm fans with very good performance. The balancing act is to determine if higher airflow more than compensates for less pin surface area – an interesting design challenge.

Overall however, users should anticipate that with any heatsink, any fan is going to deliver substantially less than its rated airflow through it, and the denser the heatsink, the less airflow.

Plans are to develop a database of heatsinks and fans so that users can better match fans to heatsinks, considering desired cooling performance and noise. Stay tuned!

The Tsunami and Mega Tsunami from Gemini Cool

We have a GPU cooler here which has the “World’s First” moniker attached to its resumé, the Thermalright Shaman. The 8 heatpipes justify this moniker, and it has at least 2 more heatpipes than any other GPU air cooling solution out there. As time permitted over the past couple of weeks, I’ve used my GTX 460 1 GB to test the Shaman against Prolimatech’s MK-13 and eVGA’s “External Exhaust” stock cooler. Today, we take a closer look at the the heatsink itself and its performance.