Taking on Google is not that easy – just as taking on Windows OS is like storming an impregnable castle, Google’s position is dominant and commanding. In such a situation, taking significant market share requires more than a “me-too” approach – the new guy must deliver MORE than the established guy – significantly more. And not eye-candy – real, perceived value at the desktop so that entrenched users see some value in switching.

I spent some time with Bing and my impressions follow: 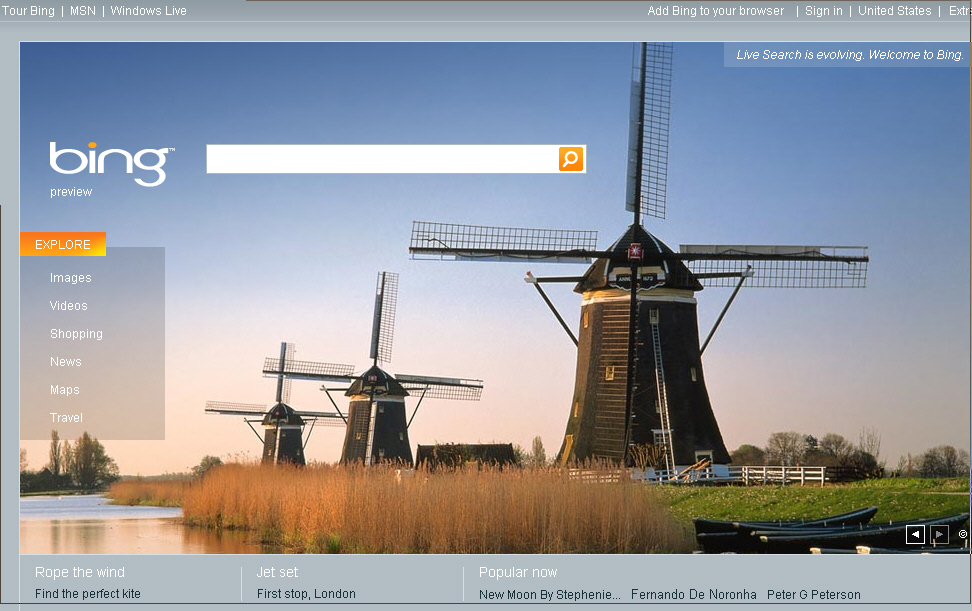 There is a blurb about Microsoft’s approach to Bing: 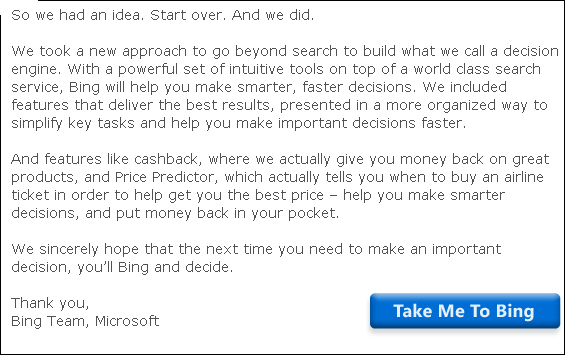 Allegedly the differentiation between the “others” and Bing is something called a “decision engine”. As I read this my thought was if they can deliver these objectives, maybe they have a shot.

Back to the opening screen – if you mouse-over parts of the current picture, you get a little factlet and a link to more information on the topic: 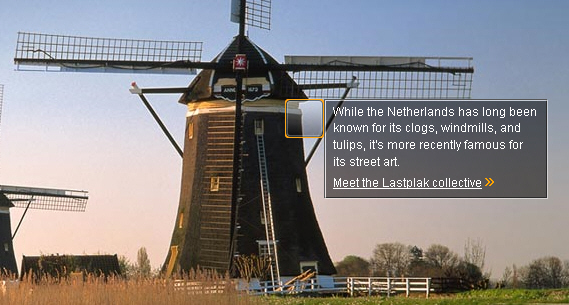 If you click on Extras, you get to set preferences (very much like Google’s) and something called Cashback: 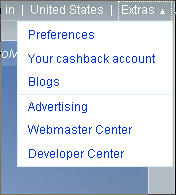 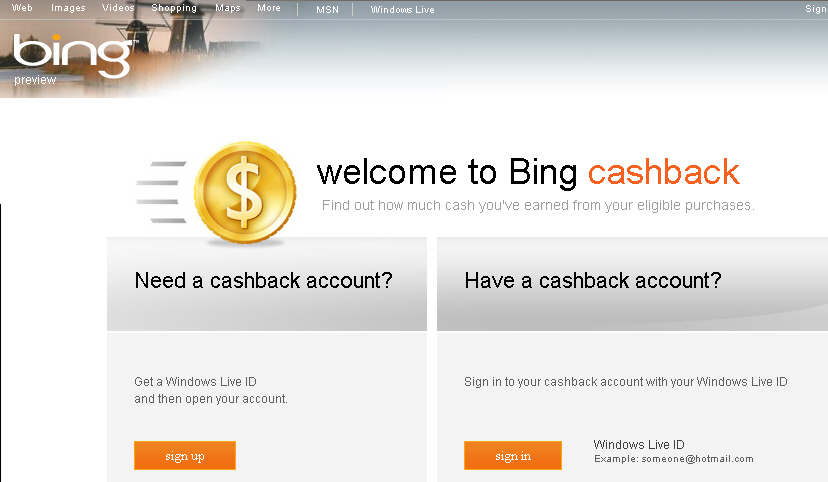 And this is what it’s all about: 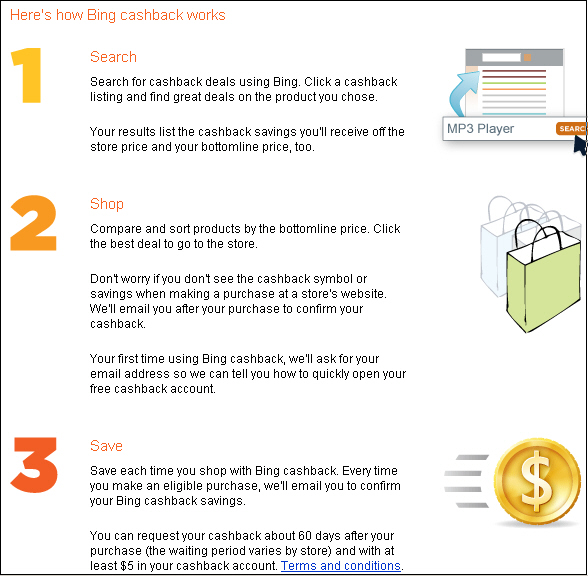 The Terms and Conditions are daunting – small type and probably at least a 15 minute read. It’s so involved and typical legalese that you’re not going to be enlightened much.

I then tried each of the links on the opening screen – the first on Images; I used Africa to see what would come up: 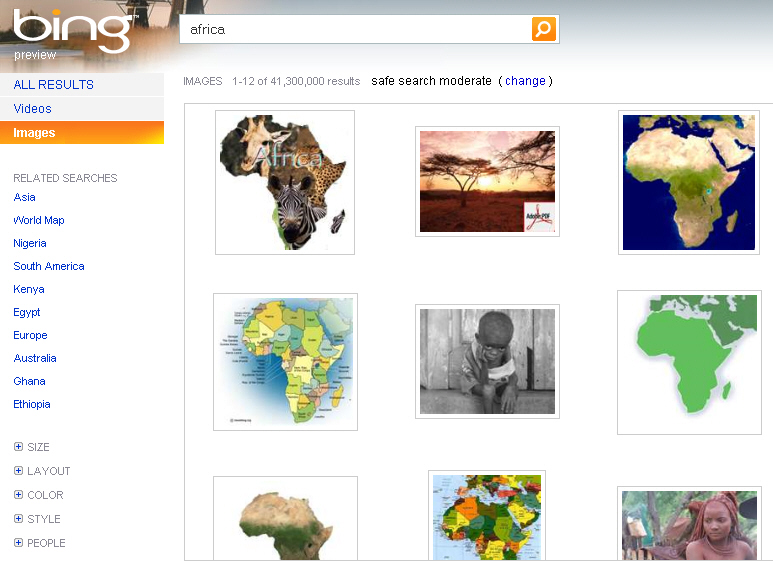 You get a list of suggestions – nothing startling here: 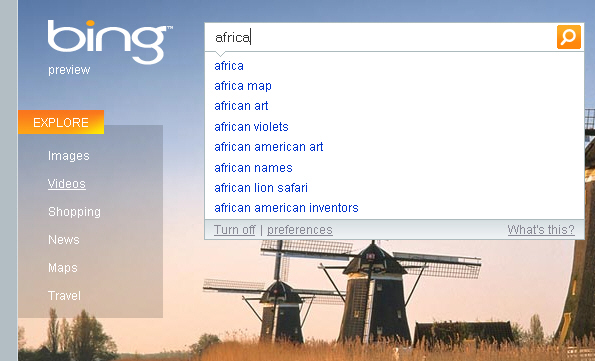 I tried a video and got this: 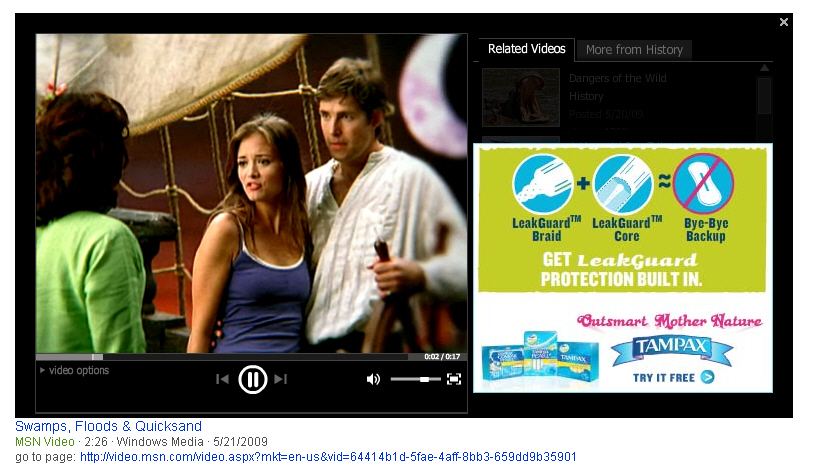 The Tampax ad is an example of Bing advertising.

Shopping brings up a screen of various items – this is where Cashback comes in: 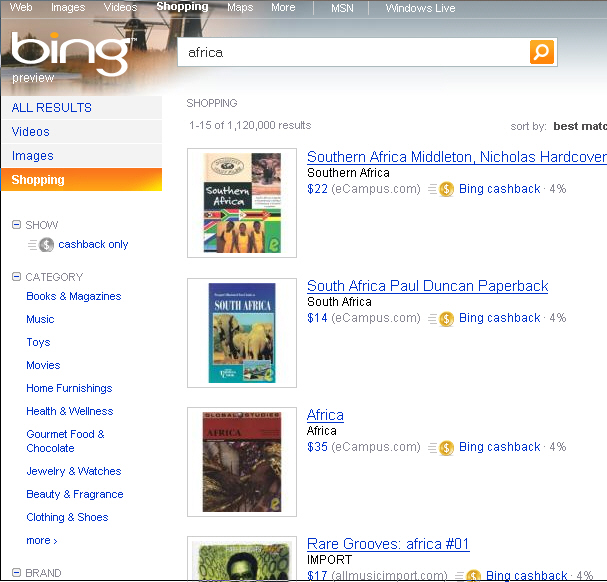 What you don’t know is if this is a good deal or not. From what I could see, this is not a price search engine – don’t expect to see the lowest possible prices. 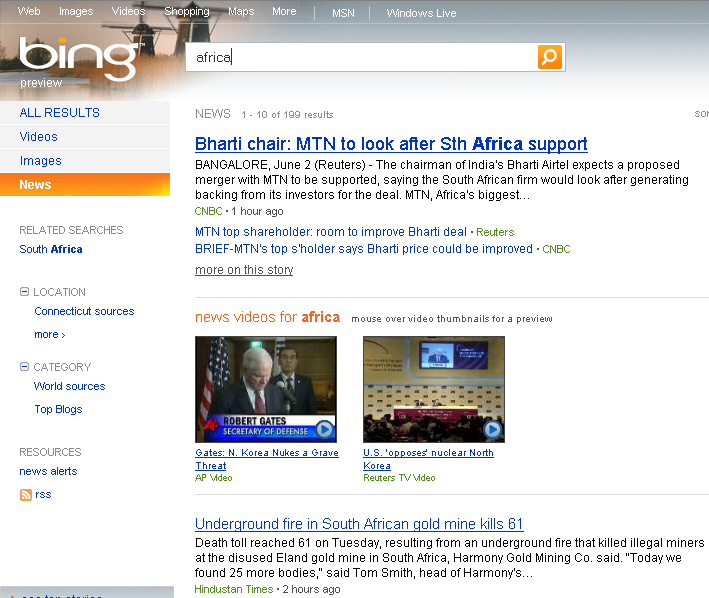 Maps brings up this screen: 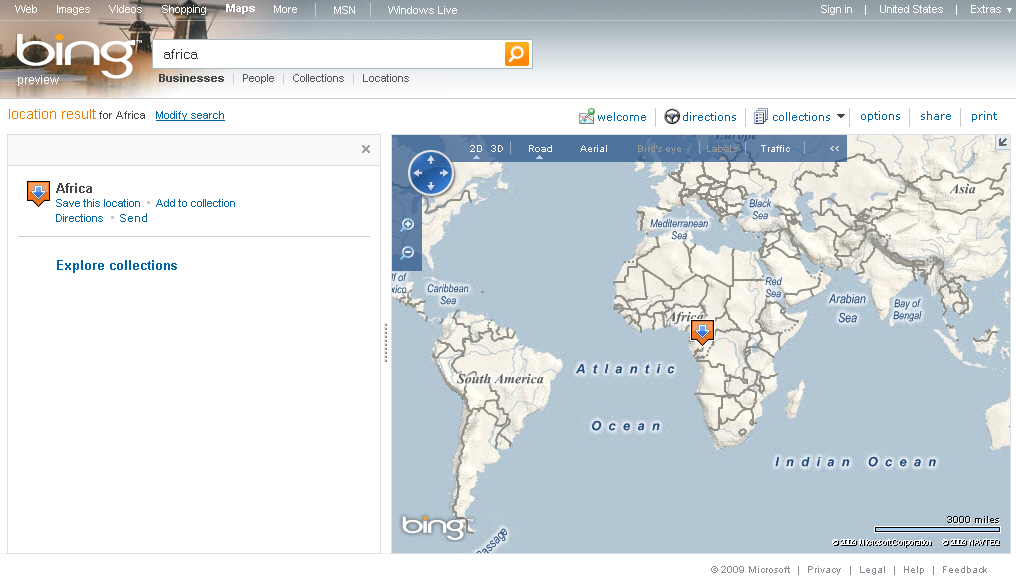 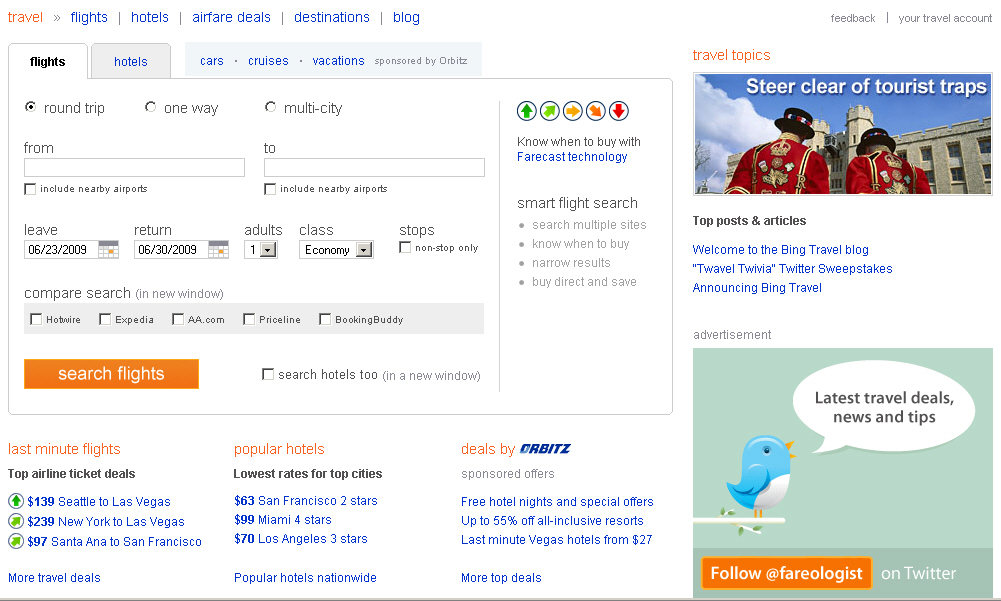 The bottom of the screen brings up travels sites and deals: 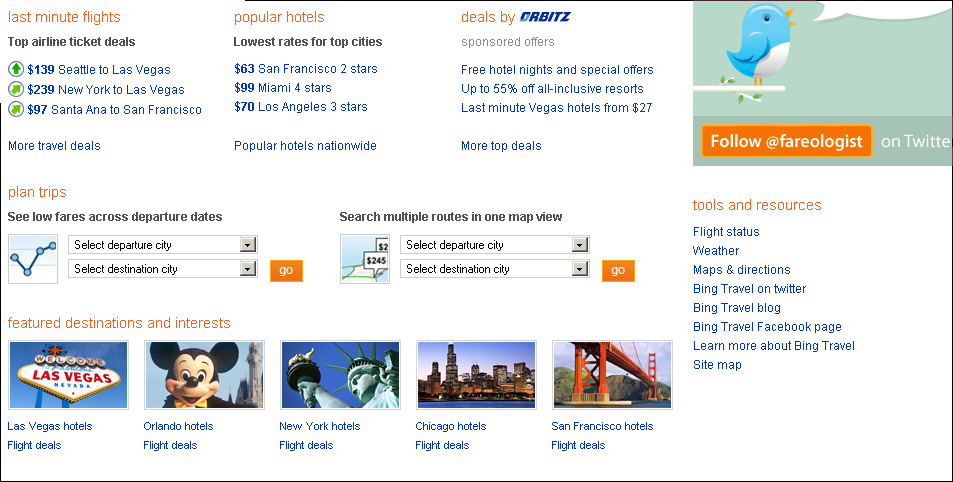 OK, now that you have this product, how will Microsoft get market penetration? This quote from a Wall Street Journal interview with Steve Ballmer (HERE) is revealing:

“MR. MOSSBERG: How much are you going to spend marketing [Bing]?

MR. BALLMER: We’re going to have to stay in the game. Depending on what you think of budgets in life, we’ll have what I would call a big budget. It was big enough that I had to gulp when I approved the budget.

So the marketing plan is pretty simple – through a lot of money around and bundle it with Windows OS – sound familiar?

Bing appears as fast as Google, so that’s a draw. My initial impression is that it seems more advertising-centric than Google. As far as seeing something new and exciting due to its “decision engine”, I’d have to say that the only decisions I’ve seen using Bing seem to steer me to advertised products. Bing is fairly easy to use, as is Google, so a draw here also.

I encourage readers to try it out and add their comments – I’m underwhelmed and hard-pressed to see how this is going to take significant share from Google. I don’t discount for one second that bundling Bing with Windows 7 will get visibility but if that’s the sum and substance of Microsoft’s advantage, I don’t think Google has to worry too much.

Will Work For Windows 7?

Revo Uninstaller can get rid of programs you can’t delete with the Windows program deleter – and it does much more!