MSI announced today the release of their CPU Guard 1151 product to combat potential CPU bending when using heavier coolers. If you have not already heard all the hullabaloo, there is a lively discussion going on in the forums. With the substrate of Skylake being thinner than that of the previous generation Haswell CPUs, larger coolers, specifically ones going beyond Intel’s 50 lb. pressure specification have been doing some damage. If you’re concerned, stick with spring-mounted heatsinks rather than bolts, or get yourself MSI’s CPU Guard 1151 shim.

Details are thin, but the CPU Guard fits on the socket to prevent excess vertical pressure on the CPU. According to MSI, the product was used by expert overclockers to break world records in a recent event, although specifics were not mentioned. MSI also claims this solution works well with de-lidded Skylake CPUs, which was a bit of a surprise as Intel partners generally stay mum on modifications that void the warranty.

All images courtesy of MSI. 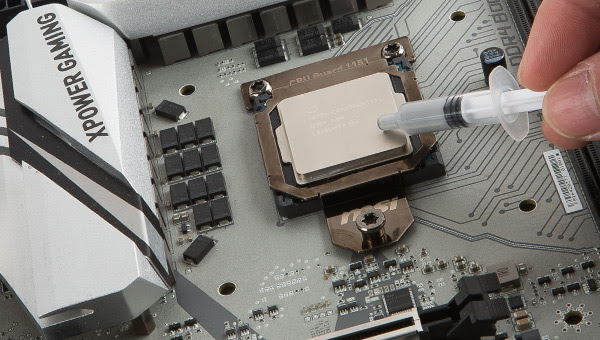 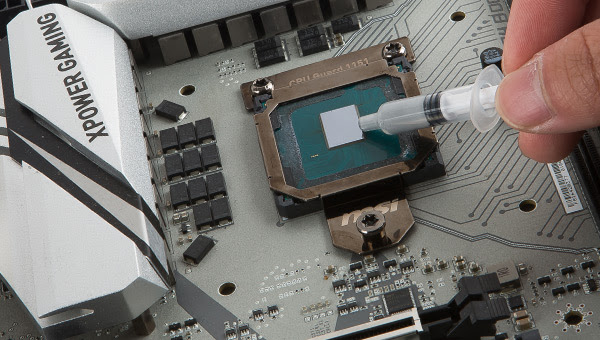 Please see the full press release from MSI below:

CPU GUARD 1151 TO PROTECT YOUR SKYLAKE CPU FROM BENDING

PERFECT FOR OVERCLOCKERS LOOKING TO DELID THEIR PROCESSOR

MSI has received news from various media websites about possible bending of Intel® 6th Generation Processors when using heavy-weight cooling solutions. Possible bending might not occur straight away, however, as your system sits on its desk or moving it anywhere, could result in unwanted effects. To make sure you will never encounter this problem we developed the CPU GUARD 1151 to protect your Socket 1151 Intel® Xeon® E3 v5 / Core™ / Pentium® or Celeron® processor which strengthens the corners to withstand more vertical pressure.

Besides protecting your CPU, the CPU GUARD 1151 is also the perfect tool for anyone looking to ‘delid’ their 6th Generation Intel® processor. When re-applying the IHS, the design of the CPU GUARD 1151 tightly locks the HIS ensuring it will stay in its place and you will never have to worry about optimal thermal performance or it moving. Recently the CPU GUARD 1151 was used during an overclocking event, helping top overclockers push their Skylake CPU to the max, breaking world records.

It is unclear as to whether this will be an included accessory with MSI motherboards or sold separately. Since the 1151 socket is standardized across all motherboards, I expect this handy accessory would be compatible with most motherboards, assuming the socket area isn’t too crowded. Stay tuned for more details as they become available.