With the constant talk of global warming and rising price of energy, I
really think the smaller, more energy friendly PCs are going to become
more popular. I actually built one from scratch for a work PC to
replace a Pentium XE965 system. The XE965 was overkill for what I do,
but it was built from available parts. 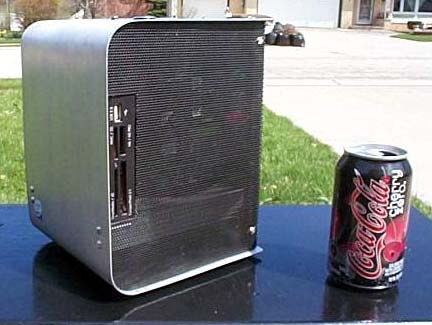 I decided to replace it because
as the summer approached, the heat it was putting into the office was
going to be a problem. It also pulled somewhere close to 200 watts at
idle, which wasn’t very friendly to the power bill. My replacement
system pulls around 30 watts at idle, and under 60 watts under load.

Since I built it myself, my price was higher than a prepackaged
solution, but I got to choose my own parts. Even so, my cost was very
competitive with the higher end Enano system, including software. Link
below is to some pics and specs. I’ve been using the machine for a few
weeks now and I’d never consider a regular tower for work again.

I also built this one purely to see if I could build it: 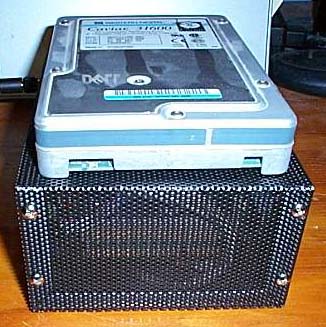 It’s even smaller
and much lower power. As of right now, it’s not being used but may get
pulled into service as a basic Word/E-mail machine. Not a powerhouse,
but it can get the job done. I was able to reuse some spare parts, so
my cost was pretty low, but something like this with a faster CPU
could be put together for around the same as the base Enano. No
optical drive, but USB and firewire are easy enough to get working.

Maybe my machines aren’t what people are really looking for, but I
can’t be alone wanting simpler, more compact machines that are quiet
and use less power. Not everyone’s a gamer or obsessed with frame-rates.

Some AMD Facts And Figures

XbitLabs talks a bit more about the Smith Barney report on AMD’s ability to make Hammers. There is also a post in Investor’s Hub with additional information from the report. They both become a lot more interesting if you compare Read More

Being Sold A Bill of Goods

ATI has reduced the warranty on its video cards down to a year. That’s bad enough, but then they went and peddled a steaming heap of, well, bull-byproduct onto a, well, naive author. What did they say, and what was Read More

How To Wall Mount Speakers For Less Than $5