SUMMARY: The Nikon Coolpix 950 is expensive (although now about $700 as a discontinued item), but for macro and web pictures – tough to beat.

The Nikon swivels so you adjust it to just about any position; it looks strange but it’s actually very ergonomic.

This is not going to be a complete review of the Nikon Coolpix 950 – I have included links below which will give you a much better review than I could write. What I want to do here is give you an my impressions of a great digital camera and what to expect.

Just by way of background, I have been a serious photographer for a long time and have my own darkroom, so I am going to contrast digital against the traditional photography world.

As a photographer, I have been following digital camera developments closely, waiting for quality to get to the point where it bears a close resemblance to film. We’re still not there yet, but it’s to the point where, if you know what the limitations are, you can get darn good results.

First, what are your picture taking objectives? If all you want are good snapshots and you’re not going to enlarge pictures, then the current crop of digital cameras are going to do you just fine. Remember, however, you will need a good color printer if you want hard copies. If all you want is pictures to show on TV, I think any camera in the $300-$500 range will do. 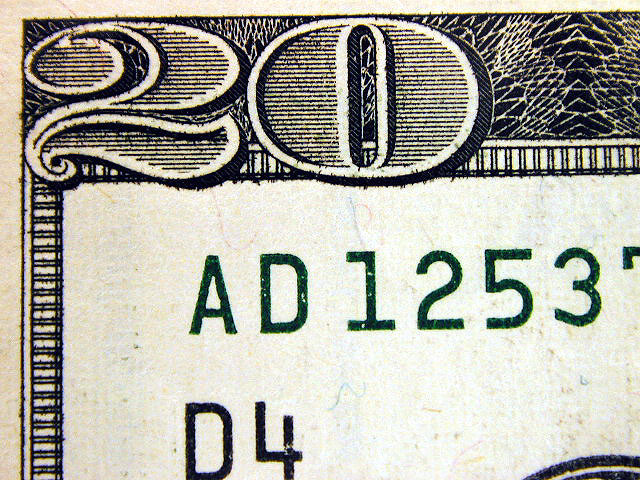 An example of the Nikon’s macro capabilities.

My objective was driven by one major item: Macro. I knew that I was going to be taking closeups of a lot of small items, so that drove my selection criteria. Of all the cameras I researched, only the Nikon had what I wanted; it can focus as close as 0.8″ (inches) to the subject. That should cover just about any situation I could foresee.

Now I also have to admit to a bias here – my film cameras are Nikons, so I was pre-disposed to them. Nikon glass is one of the best and the lens of the 950 does not disappoint – first class.

So I did the Pricewatch thing and purchased one. As I used it, I rapidly found that there are extras you need:

So, add about another $500 to the camera’s price (depending on what you might have already) to get yourself into it.

In addition, let’s take a look at some limitations:

These are my thoughts based on using the Nikon for the last six months. Many of the images on the site were taken with the Nikon, and for me it is an indispensible tool. I must also mention that taking a shot and getting an edited picture onto the site in about 10 minutes is now an absolute must-have for me.

If you’re seriously thinking of getting one, put up with some of the inconveniences I outlined and spend the money on the best one you can get. The camera is like speakers in a stereo system – more quality is better and very noticeable. Once you get it, you’re hooked.

Below are links to digital camera magazines, forums and related sites of interest:

I liked your review of the Nikon Digital camera, but I have one point to
make.

You said, “Rapid Fire: Digital cameras have to “think” after they take a shot –
don’t think you can press off 10 frames/sec with one (although they are getting
better). Depending on the camera, there may also be a lag from when you
press the shutter to when it fires. Sometimes picture taking with a
digital is a bit more “planned” than you might like.”

This is mostly not due to the camera, but rather the flash media speed. If you
get Lexar High speed flash, it will allow pictures to be taken much faster.

The way they do this is they have a cache of high speed SRAM on the flash
card, so after you take the picture, the card automatically moves the image
to regular memory.

The Lexar website seems down right now (ED note: still down), but there are several places
selling it, with the specs for the ones they sell. here is one:

Keep up the great work.

(ED. note: Thanks for the tip, Nathan!

We were founded as a computer website, and our priority, even during the last couple days, has been to cover computers, and we’re going to resume doing that. We put up sales yesterday, and both Joe and I have computer-related Read More

What is somebody paying some of these people for? – Ed
Read More

In the long running chess match between Intel and AMD, extending wayyyy back to pre-Win95 days, there has been a basic competitive paradigm at play: Intel plows along, multiple product sets, monster revenues, monster R&D, and pretty good innovation AMD Read More