The latest heatsink from Thermal Transtech (aka nPower) features the largest heatpipe I’ve ever seen for CPU cooling.

The NPH Hurricane uses a central heatpipe measuring 25.4 mm (about 1 inch) centered over the heatspreader. In addition there are two heatpipes on each edge for additional cooling. 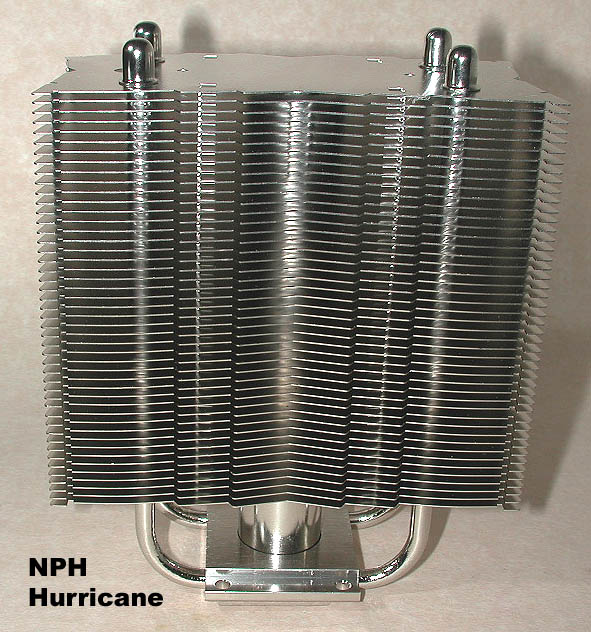 A side view shows the large central heatpipe: 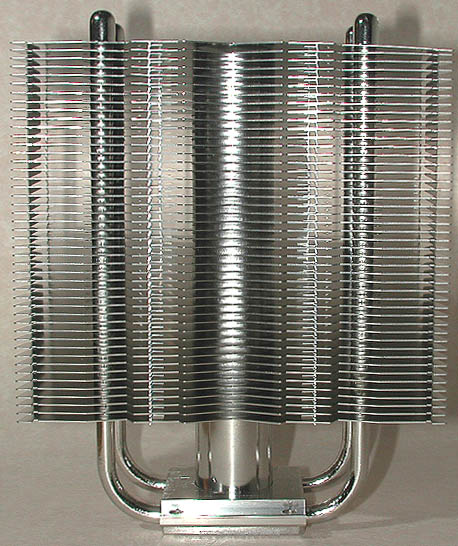 The base shows two holes on each side which are used to attach the CPU mounts: 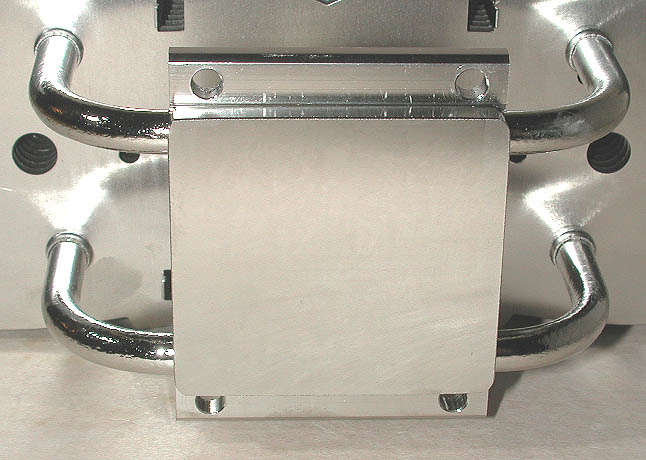 The included parts give users a wide range of mounting options. Mounting does require the removal of the motherboard from the case. In addition at first glance you might think this is an erector set – there are numerous nuts, bolts and washers involved in setting up the different mounts. I did find some extra parts for those easily dropped items which is a nice touch, including a second set of fan clips for those users looking to mount two fans for aggressive cooling. 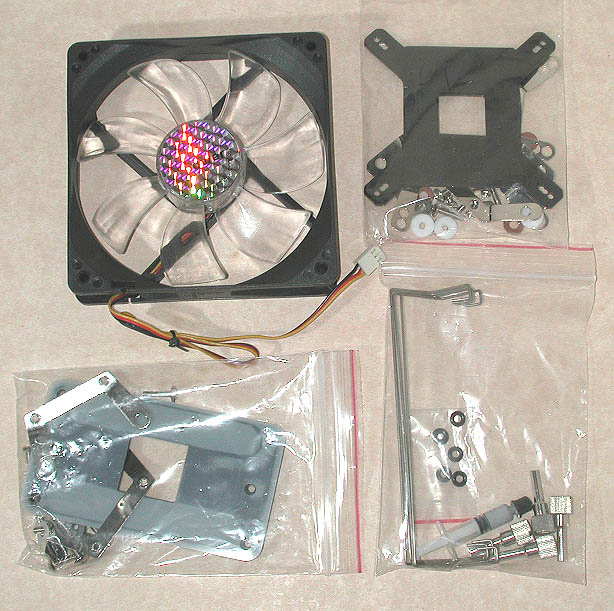 The NPH Hurricane was tested on an Asus P5WD2 motherboard with a modified Pentium D 805 to read CPU case temps while running Prime 95 with the following results:

Results place the NPH Hurricane in the upper-most rank of heatsinks tested to date HERE.

The noise from the fan was minimal – very quiet – and yet performance was quite good. Users looking for a more aggressive setup could use a more powerful fan or for top performance, use two high power fans; obviously noise goes up. For a quiet setup, this NPH Hurricane turns in very respectable performance – usually you get low noise with a performance hit but not so with the Hurricane.

Air Filter for a Clean Computer