The good guys at nPowertek were nice enough to send a sample of their NPH 775-140 HC heatsink. This features 104 aluminum fins with a 33 mm copper heatpipe core. 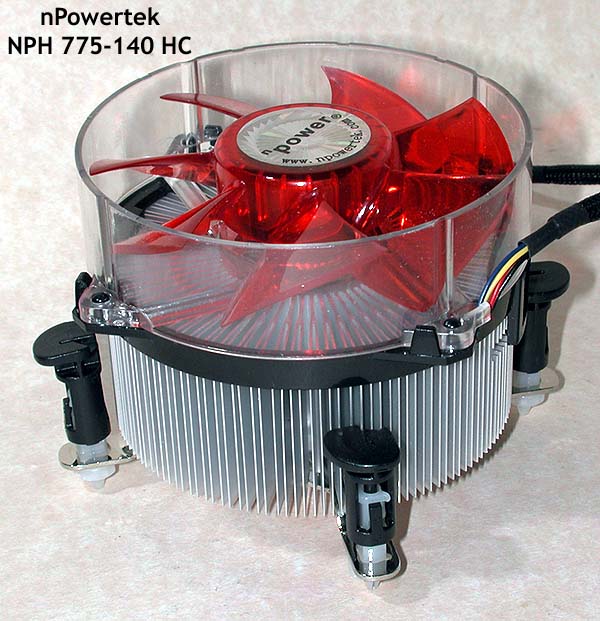 The base is the bottom of the heatpipe core and appears well finished: 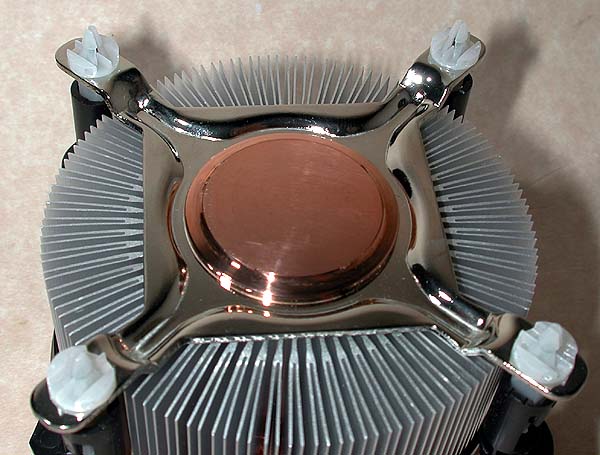 The NPH 775-140 was tested on an Asus P5WD2 motherboard with a modified Pentium D 805 to read CPU case temps while running Prime 95.

Performance placed this heatsink in the lower range of heatsinks tested HERE; the noise level was moderate but not objectionable – just noticeable.

Overall not for aggressive cooling – an OK heatsink for an OEM CPU for 4 pin systems.

Thanks again to nPowertek for sending this our way to test out.

Disclosure: Joe Citarella has a financial interest in a company developing products for electronic chip cooling.

Update 3/20/00: Two CPUs at over 1 GHz – will the motherboard melt? Persistance has its rewards: A little BIOS rewrite and now the 1/4PCI settings are available from the W177H PLL-IC Chip. Now with the PCI @ 1/4 133MhzFSB