Good Morning to all!

Today I come bearing the news of imminent arrival of the GTX 1060. NVIDIA has announced this GPU will be available on July 19th, starting at an MSRP of $249 (Founders Edition $299). Performance is being compared to the GTX 980 which, at the price and power (120 W), is quite a solid graphics card!

All specifications, features, and pictures below are from the NVIDIA website:

Notably missing from this list of features is support for SLI.

THE WORLD’S MOST ADVANCED GPU ARCHITECTURE

GeForce GTX 10-series graphics cards are powered by Pascal to deliver up to 3x the performance of previous-generation graphics cards, plus innovative new gaming technologies and breakthrough VR experiences. 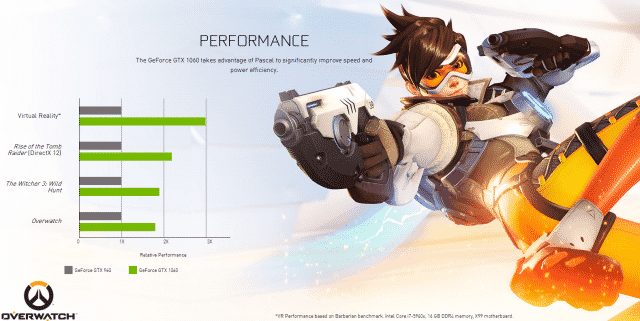 Keep an eye out on our front page for a release day review!

It happens. Pictures taken for a review get mistakenly published ahead of time and before someone realizes what’s happening, it’s all over the web. This time the pictures show the upcoming MSI GTX 780 Lightning Edititon, a card that is a serious contender for the title of fastest 780 in the world.

Alphacool announced the Eisblock Aurora Acryl GPX-N RTX 3070 Founders Edition GPU water block today. As with all of the Eisblock Aurora series, this is a nickel-plated full cover block that is said to produce exceptional cooling performance. A backplate is included to add stability and improve the overall aesthetics.

Hello Overclockers.com account that wasnt online for about 10 years!

Hello Overclockers.com account that wasnt online for about 10 years!

My guess is for something that rhymes with honey. Although I agree with you, I'm a bit surprised as well.

Probably because it would take sales from more expensive cards, provided the 1060 prices behave. The track record on that is, well, not good.