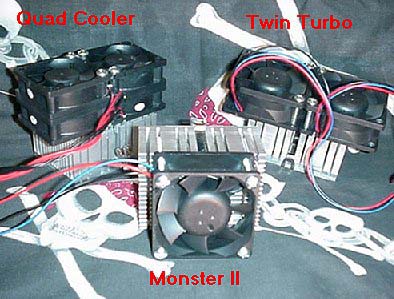 The OCZ coolers in all their glory.

While these heatsinks are obviously designed with the flaming hot AMD K7 core CPUs in mind, I tested them on a Pentium III 500 @ 750, 1.7V, in an Iwill slocket II configuration, which allowed me to me assure core temperatures via the accurate internal diode. It should be noted that I needed to move the two Delta 38CFM fans one half inch to the side on the OCZ Twin Turbo in order to test them in this slocket configuration. Moving the fans may have had a slight effect on performance, maybe for the better, maybe for the worse. 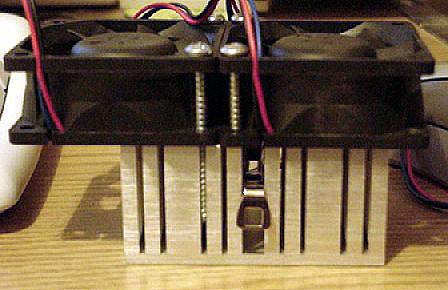 Notice how little I moved the fans, I moved them as little as possible.

I like to let the numbers do the talking – so here is a table of the results:

I threw in the Retail Intel 1GHz heatsink as a reference point. I managed to maintain an ambient temperature of 22C throughout the testing period.

I was not entirely pleased with the machining quality of the OCZ heatsinks. The heatsinks are made from extruded bar-stock You can see were OCZ cut the bar-stock in to heatsink sized sections using a bandsaw (a mechanical “hacksaw”). But It doesn’t need to look pretty, it only needs to keep the cpu cool, and it does a damn fine job of it. The bottom of the heatsinks were rougher than most, lapping would further improve their cooling ability. 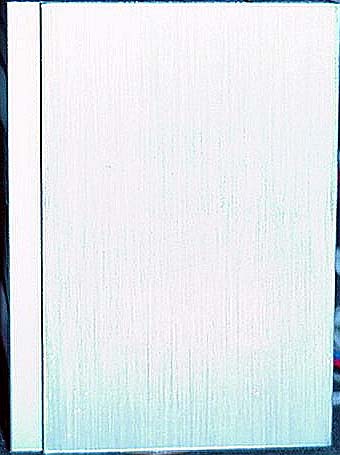 As you can see from the photo, the OCZ coolers could benefit from lapping.

Well, there you have it; short, simple and to the point. I want to thank OCZ for letting us have an up-close look at their Monster II cooler and its variants. I also want to thank the Overclockers.com guys for allowing me to do this product review. It was a real treat 🙂

Jeff is part of a new website HERE. Check it out.

Disclaimer: This is only reasoned speculation. I have no inside information of the doings of any of the companies mentioned and am just making some semi-educated guesses as to what may happen in the future. No guarantees, so if Intel

Looks Like April The Inquirer has a number of pieces indicating that socket 939 should come out the end of March, mobos from Via and nVidia ought to be ready by then, along with even Windows for AMD64. That will