Our Overclockers.com [email protected] Team has been running member spotlights for quite some time – this is the 82nd feature in our series of Folding Spotlights!

To see the ever growing list of who has been interviewed, see the team SPOTLIGHT list! Now please give a warm welcome to Torin3!

Dfonda: When did you join the Team?
Torin3: My first WU was folded on September 18th, 2007. Which was also my 3rd wedding anniversary. It was done with the basic screensaver client.

D: If there was something recent that you did that you wanted your fellow team members to know about, what would it be?
T: The most recent thing that they would probably actually be interested in was my building a benching station to try and see if I can run 3 dual-GPU cards without having heat problems. I’m hoping an open-air case lets me do that.

D: What Part of the World do you live in, and if you don’t mind telling, what town?
T: I live in Souderton, PA. Which is about halfway between Philadelpha and Allentown. Say about 1/2 an hour away from each. About 2 hours or so west of New York City.

D: How did you initially hear about [email protected]?
T: From the avatar of our moderator nikhsub1. Though it was over on the procooling forum, before I’d found OCForums.

D: After starting, why do you continue to Fold?
T: For the science, knowing that I’m helping increase our knowledge of biology, for potential cures, and for the camaraderie.

D: What do you do for a living?
T: I work in a machine shop. We make parts for companies like Harley Davidson, Streamlight Flashlights, Halliburton, Case/New Holland. I started there as an off the street hire, and wound up quickly running a multi-spindle lathe the size of a small semi. Then I tranferred to QC, and later IT support. Temporarily I’m in the hand-operations department due to us needing more production people than computer support. I should be back to IT when we do a major software upgrade.

D: What do you do for fun?
T: Play in the Society for Creative Anachronisim. It is a historical society that focuses on life in the middle ages. My avatar is associated with a sub-group in it. A lot of my hobbies stem from that. Blacksmithing, playing the harp, jewelry making, Japanese braiding (kumihimo). I also enjoy tinkering on computers, and I’ve started learning how to repair monitors and motherboards with a soldering iron.

D: Is there anything special you do in your spare time that you really enjoy?
T: Reading. Though I have to be careful. Once I start a book, I literally cannot put it down. I’ve cut way back since I was a teenager. Fortunately, I read quickly, so most books only take me about 4-5 hours. But that means if I start reading at 8pm, it will be 1am before I can call it a night.

D: Time to spill your guts. What are the stats of your main folding rig? Why is it your fave? What all do you use the rig for?
T: Well, my main rig only has 1 video card folding, and 1 SMP VM running on it, so I guess I’ll have to go with my media server. It is an EVGA nForce 790i Ultra SLI motherboard, running a Q6600 CPU with 2, soon to be 3 GTX 295 video cards. I’ve got a Silverstone 1KW PSU powering it. I haven’t really overclocked it yet, because it was running a little unstable due to the outlet it was plugged into not having a proper grounding wire. I’ve fixed that and built a benching station for it as well. I should be overclocking soon and putting a VM on there to get some SMP folding action too. Currently I get about 32-33K PPD out of it, and I expect to get over 50K PPD as soon as the next card arrives. I mainly use it for storing recorded TV shows that I like rewatching. It was my first attempt at a server, and and networking my house. I’d guess you’d say I like it for it’s potential, and the accomplishments it represents.

Though I’m hoping to have a new main rig by Spring/Summer of next year that will blow this one out of the water. I want to run an EVGA 4-way SLI Classified motherboard with 4 GTX 295 co-op video cards (or mabye the 300 series dual-gpu boards).

D: Do you have a Borg-Farm(Group of computers)? If so, how many computers, and what are they? (CPU, RAM)
T: I run 1 GTX 295 and 1 VM SMP client on my main computer, the media server I mentioned above, my work computer which has 2 9800 GX2 cards in it. I also have a friend running the GPU2 client on a 9800 GT card that I won in a folding contest here. I couldn’t really use it with the other video cards I have, so I gave it to him on the condition he fold with it when he isn’t gaming.

D: What are your future goals? What do you most want to accomplish with your life?
T: For folding, I want to consistently produce in the top 50 worldwide, and maybe make it into the top 5 of Team 32. For my life though, I’m hoping to be a father. Unfortunately, for us that means in-vitro treatments. We are going to try again the end of next year. Whether or not that works out, I’m going to try and be the best person I can, and do what I can to help those around me. I’d also like to become a published author and get some of the stories I have floating around in my head out of there. I’d also like to get my side business of making damascus steel knives going properly.

D: If there is something you want to tell the team, then spill your guts! What have I missed in my questions that could help the team learn more about you and who you are?

T: Well, I’m not sure what I’d want to tell the team other than, “Thank you, it is an honor to be on a team with such great team members!” As far as missed stuff… Well, while I read the folding sub-forum regularly when I started folding, I held off posting until I reached 1 million points, just to see if I could stay under the radar. I did stay under the radar, but I did post to join a contest.

Oh, and I tend not to let things stand in the way of what I want to accomplish. I wanted a power hammer (a large machine tool) to help me make damascus steel, and since I couldn’t find one I could afford, I made my own. It weighs about 900 pounds and had a 60 pound hammer head on it. I welded it up out of scrap steel. I like to think in terms of ‘how can I’.

I also have 4 boa constrictors.

Here is my media server: 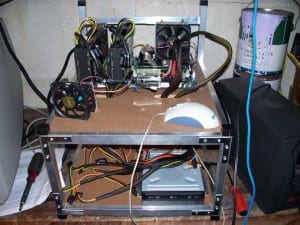 Here is my main computer from a couple of generations ago, but it is still in the same case: 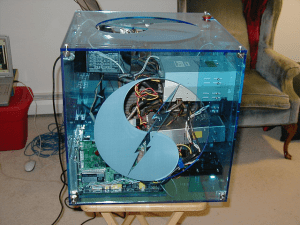 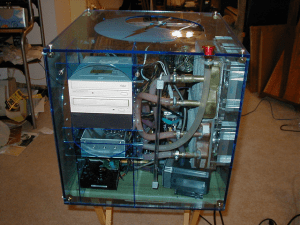 Motherboard that is in my main rig now: 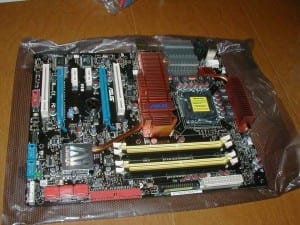 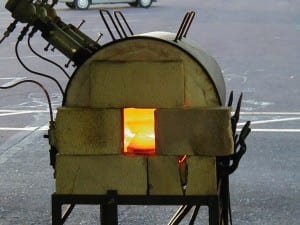 Some of the damascus steel I make: 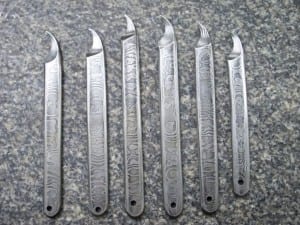 Here is video of the power hammer in use:


Here is me showing how to braid on a takadai (kumihimo, the Japanese braiding):