Thank you for the interview DismorphiC !

Dfonda: When did you join the Team DismorphiC ?
DismorphiC: April 4th of 2009, I believe. I first had points several years prior, but had not folded since then because I was participating in the BOINC enabled projects. I was involved in the previous incarnation of [email protected] (Now called classic “work units” in the stats page) for several years dating back probably to around 2002 or there about.

D: What are your EOC stats?
DC: EOC stats

D: If there was something recent that you did that you wanted your fellow team members to know about, what would it be?
DC: I ran the GPU folding client on my laptop under Linux…What a horrendous waste of time! It got way too hot, so I had to keep it throttled down. Somewhere shy of 100ppd! Great fun though!

D: What part of the world do you live in, and if you don’t mind telling, what town?
DC: Southern Cali, about an hour east of LA.

D: How did you initially hear about [email protected]?
DC: PeddlerOfFlesh kept giving me crap about using so much computing power to search for Aliens.

D: After starting, why do you continue to Fold?
DC: This Team is full of so many cool people with a lot of spirit. I do it for the good of mankind, with the help and support of the Team. Certainly feels good to climb the ladder so quickly too! I had previously never bothered to check on stats or pay attention to teams with my BOINC projects.

D: What do you do for a living?
DC: Systems Admin, but really any part if IT. We are spread pretty thin. Lets just say I am the only one that does our SA, Network, Backups, Windows, Linux, and Solaris servers. Weee!!

D: What do you do for fun?
DC: Hang out with my 2 year old son. I am a Drummer in a Band. Work on my VW R32 (Supercharged, pushing close to [email protected], with AWD) 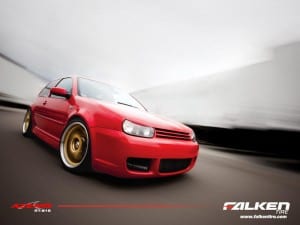 I suppose that gives away where I work, but oh well. Wrench on my 69 Vespa (Fully restored with some go fast parts) and a 98 Jeep (Installing a 3.5″ lift on it this week). Also, Linux junkie just for fun. Always tweaking my Linux HTPC and any other machine lying around my house. Biggest accomplishment? My wife who detested computers prior to meeting me, now prefers to use a console to search for and launch video’s with locate\grep -i!

D: Time to spill your guts. What are the stats of your main folding rig? Why is it your favorite? What all do you use the rig for?
DC: No “main” rig, I use bits and pieces of two racks of servers and a couple of desktops.

D: Do you have a Borg-Farm? If so, how many, and what are they?
DC: The number varies depending on what work is being done on the servers, but up to 30 usually. Dual and Quad core 2.6 to 3 GHz Xeons. Also a couple of Mac Pros with Nehalem core Xeons.

D: What are your future goals? What do you most want to accomplish with your life?
DC: I would like to record some more of my own music. No intention of being a rock star, this is just for fun. I have been in many bands over the years  but nobody can play the songs I wrote, like I can, so I figure I would like to make a one-man-band studio album.

D: If there is something you want to tell the team, then spill your guts! What have I missed in my questions that could help the team learn more about you and who you are?
DC: With SMP2 in Windows can I finally just run -smp16 ? SERIOUSLY! 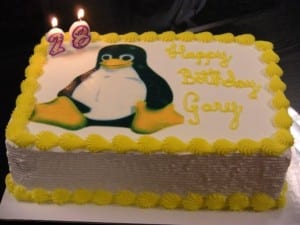 Consolidate all your folding clients into one central client with this easy guide to installing FAH Version 7 Beta.

Our Overclockers.com [email protected] Team has been running member spotlights for quite some time – this is the 89th feature in our series of Folding Spotlights!

Our Overclockers.com [email protected] Team has been running member spotlights for quite some time – this is the 85th feature in our series of Folding Spotlights!

To see the ever growing list of who has been interviewed, see the team SPOTLIGHT list! Now please give a warm welcome to onefstsnake!!