This mod works, on laptops using a 400 MHz FSB CPU. By inserting a copper wire in 2 holes in the 479 socket, the mobo will bring the FSB up to 533 MHz, running the CPU at 133% over spec. In total this gives an 25% increase without extra cooling needed.

Remember the standard FSB MUST be 400 MHz.

For this mod 1 used the following laptop:

To get accurate CPU information, I used CPU-Z, a small and useful program. Notice the FSB set at 133 MHz.
Before you start, make sure your RAM supports 266 MHz! 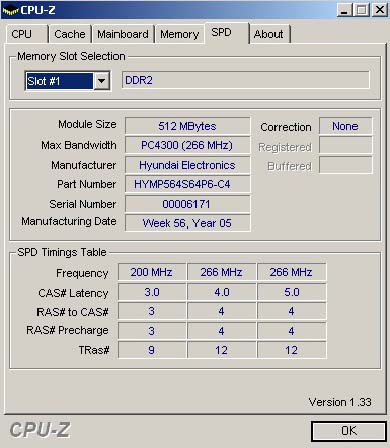 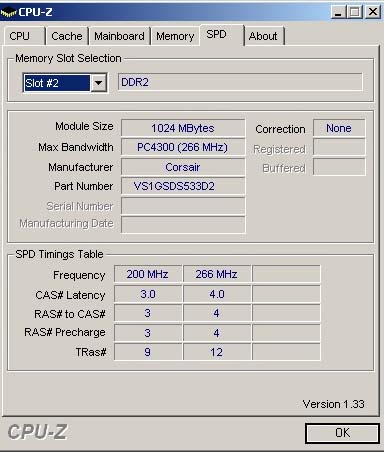 To prevent overheating of the CPU, you need a program to monitor temperature; for this clock, I used Speedfan. Check it out, freeware and very usefull for this mod.

All you need is some speaker cable and some tools, besides a steady hand: 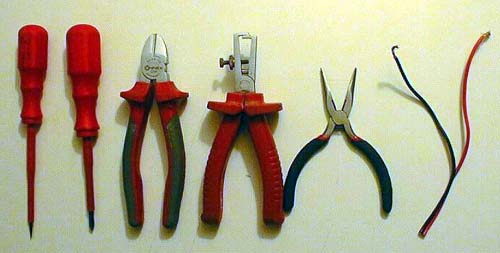 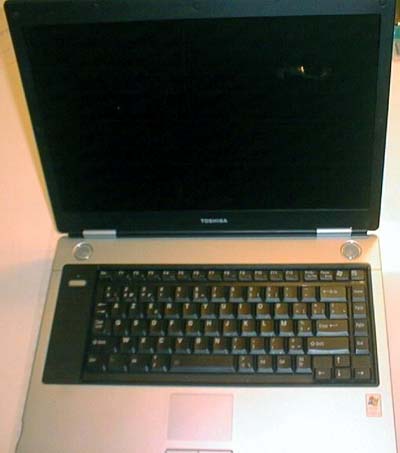 If you have all the tools and some copper wire, we can begin. Take off your pull-over and remember to discharge yourself using a ground connection! Shut down Windows properly before you begin.

This is my Toshiba laptop at 1.4 GHz – now let’s get modding! 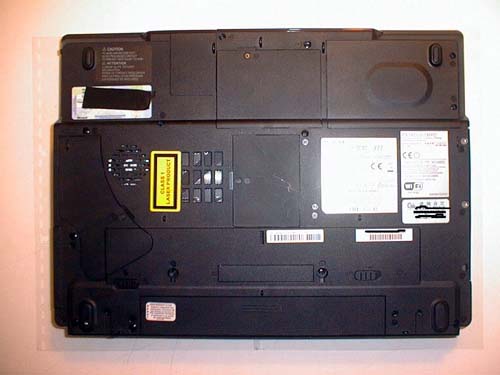 The elegant bottom of my laptop. Take out the battery first, that way there is a lesser chance we damage components on the mobo.

This is the Satelite M40-277 open. Lets have a look at the components inside. 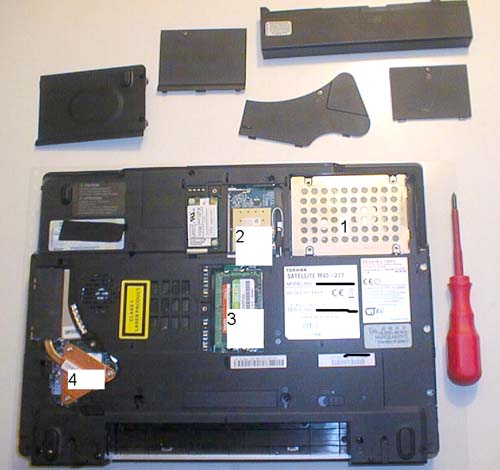 This laptop uses the same cooling fan and software as in the satellite Toshiba Satellite (M70-DL4) running an Intel Centrino 750 @ 1.86 GHz. When opening this link, take a look at the M 750’s Architecture, Clock Speed and especially the Front Side Bus! 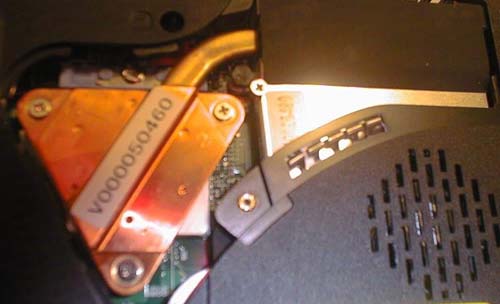 Good, now we can take out the cooling fan.
The CPU is ready for overclocking. You dont have to worry about the heat, just be sure to use some good thermal paste and a heatspreader! 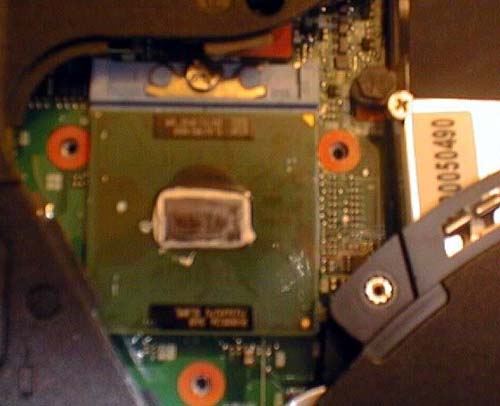 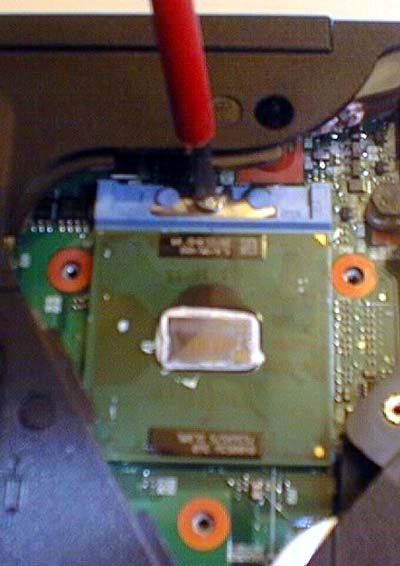 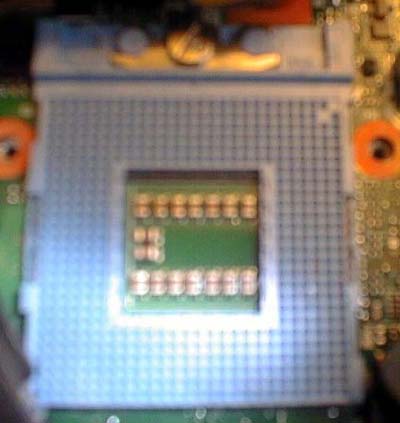 Now whe need to remove the CPU from the socket. Turn the screw gently to the right until you feel a knock.
You can take out the CPU without much pulling – if it’s stuck, you need to turn the screw further. Be careful though, don’t touch any of the components surrounding the socket.

The CPU is now released and can be taken from its socket – be sure to discarge yourself properly before taking out the CPU.

We can cut of a piece off copperwire (speakercable) to be used in the socket, using a wire stripper pull of the insulation: 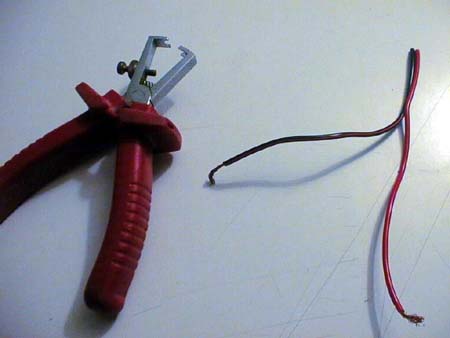 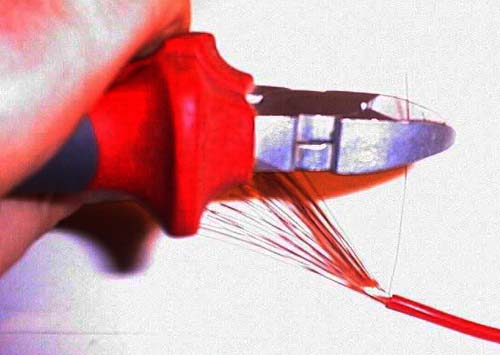 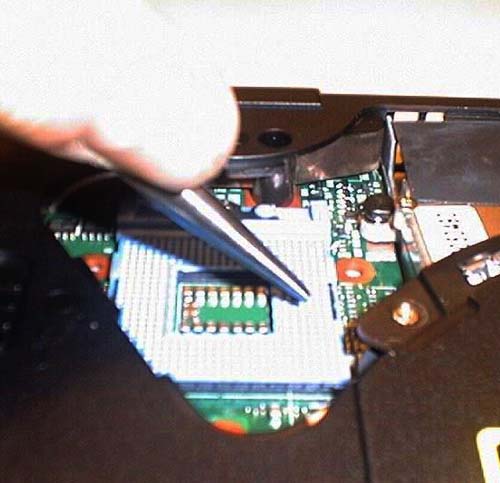 The wire that is left is so small the camera won’t pick it up. Put the wire between 15 and 16 on row C. Make sure you put it in the right place – first take a look at the pictures below: 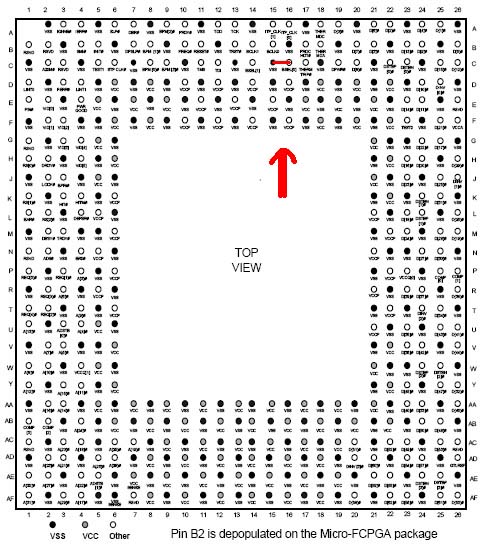 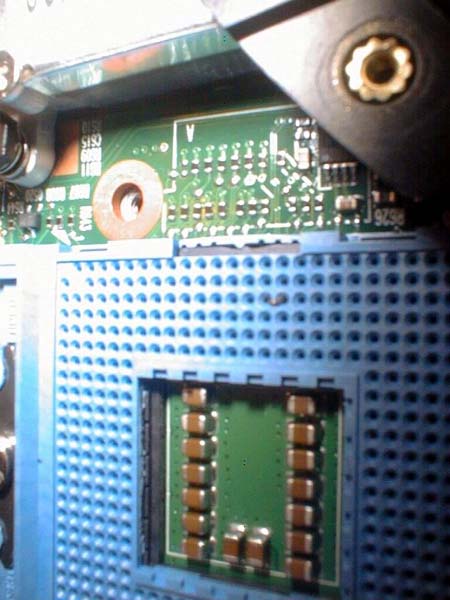 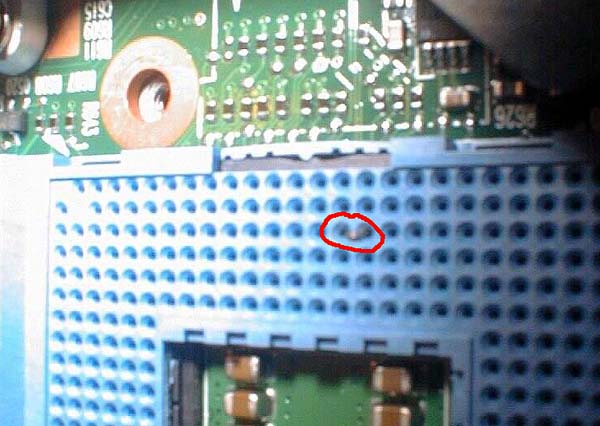 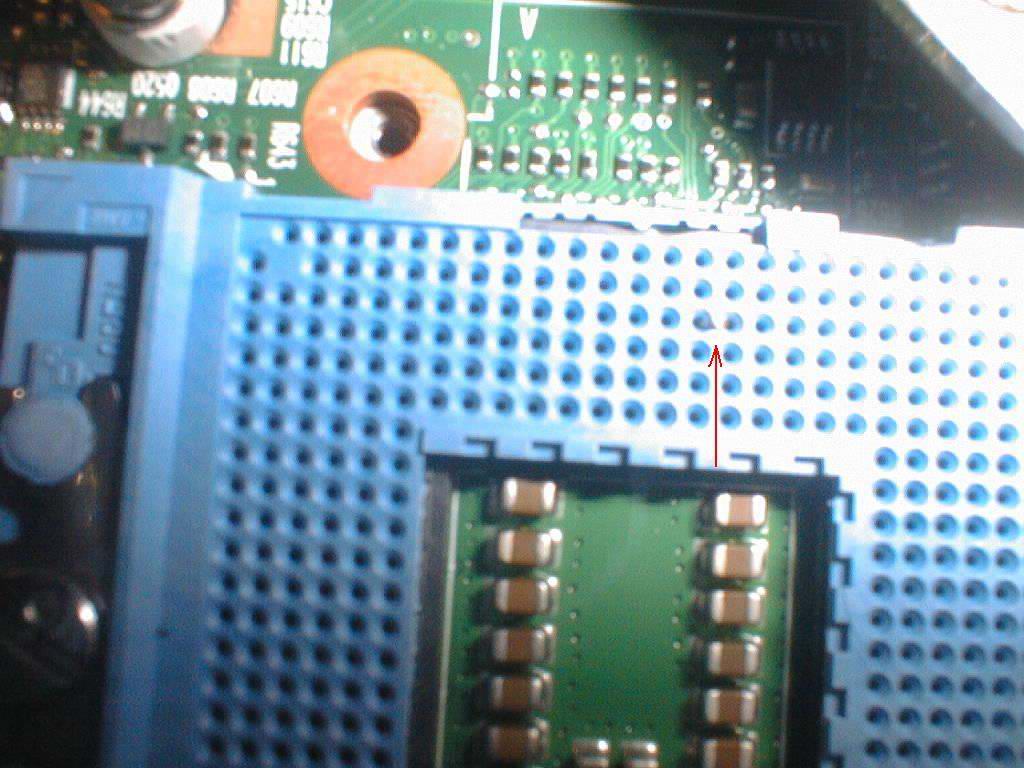 You can go HERE or HERE for more technical information. Pin 15 will also do for lowering resistance on BSEL[0].

Great – now whe can put the CPU back in the socket. It’s always a good idea to clean the CPU and use high quality cooling paste for conducting the heat. I got this heat spreader from a burned out P4 2 GHz CPU. Use a sharp blade and cleaning product, nail polish or such (TIP: when cleaning and putting on a heatconductor, don’t get any finger grease (oil) on the CPU or heatspreader, because the oil will start corroding the metal after two years. Depending on the size of the touched area, less heat will be conducted.) 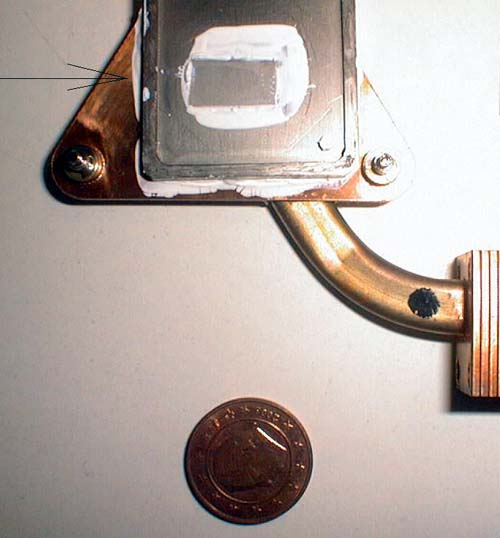 Put it back firmly on the CPU; remember to use paste to give the heat spreader better heat conduction. Good work! see it’s very easy to do this mod. You can also use a large coin after suface smoothing as a heatspreader. The heatspreader is impotant because the M Celeron has none, but a Centrino does have one (Intel Pentium M Centrino 750 1.86GHz 533FSB 2M).

Strange… after overclocking the Intel Celeron M processor 360J 90 nm 1MB L2 1.40 GHz 400 MHz to 533 MHz 1.86 GHz, it gives out exactly the same characteristics as the Intel PM 750 1.86 Ghz 2Mo Mobile Tray. By using a standard Intel M heatspreader on a Celeron M, even the temperature characteristics are the same?
Why don’t we take a look using CPU-Z: 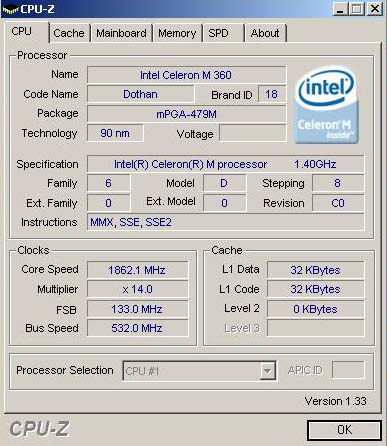 Stability Testing: I ran CPU-Burn in with maximum heat generation at 21°C room temperature. First a peak at 52°C, then rocksolid at 51°C. Before I placed the heat spreader, running at 1400 MHz, The temp would go up to 56°C. This means, 462 MHz extra and -5°C with an overclocked CPU at full workload? 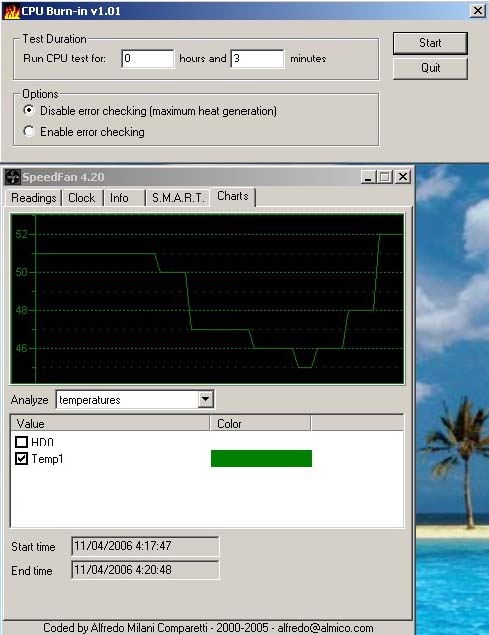 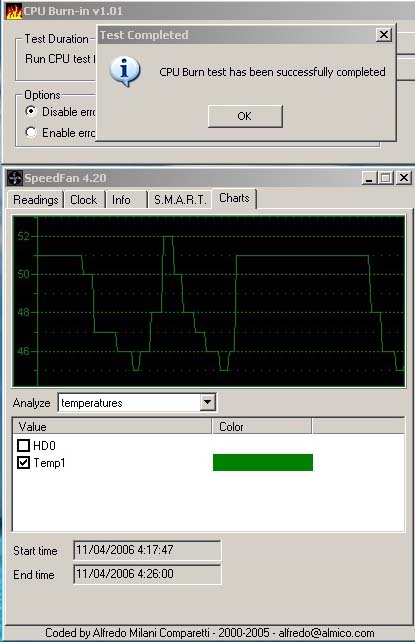 CPU stable? Crank up the GPU. OK we just turned up the CPU, now we need to crank up the GPU from 567 MHz to 594 MHz. The fan cooling the CPU also cools the plate on the Nvidia chip. The motherboard is designed to run at 533 MHz, so adding 27 MHz to the GPU shouldn’t hurt. 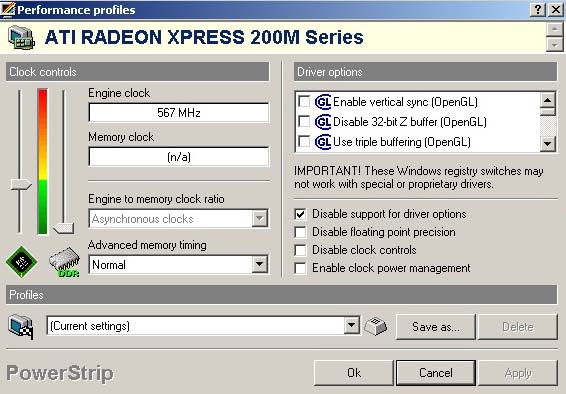 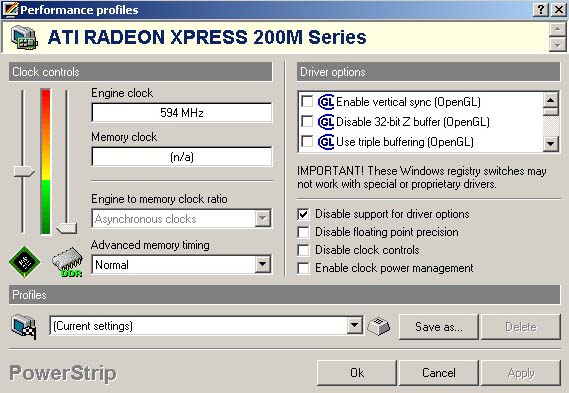 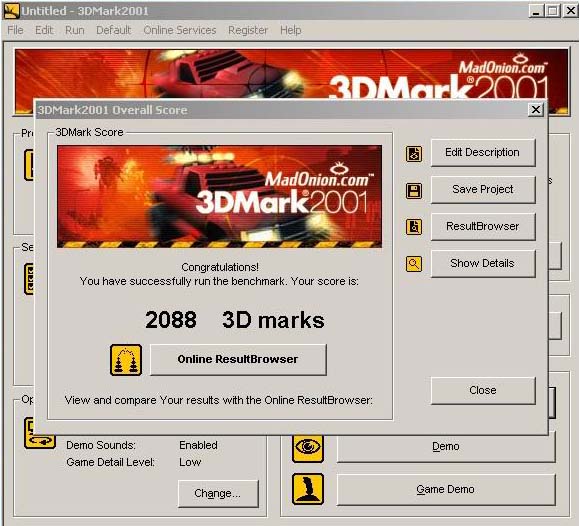 These scores don’t say much – let’s try some Half Life 2. Here are the
Half Life 2 advanced video settings: 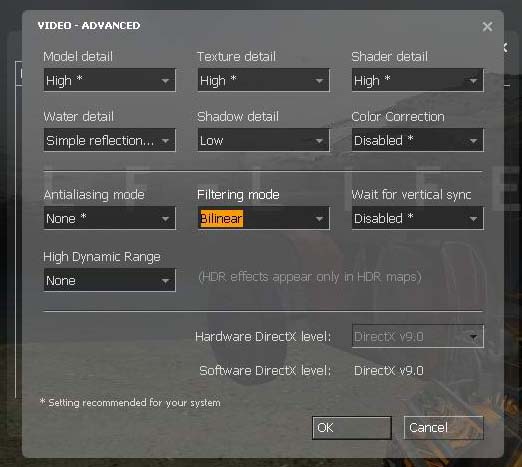 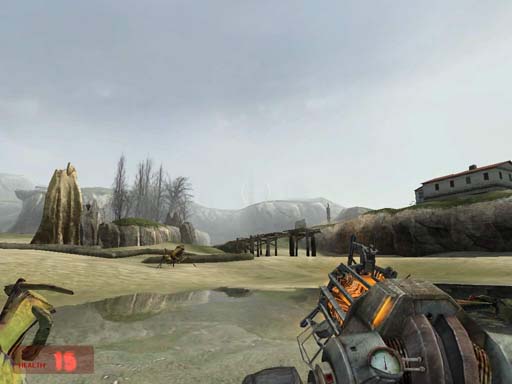 Not bad for a 10 minute modification.

If you find errors or incorrect statements please let me know. Special thanks to Robbie Wilson, Why0Why and ziddey!
I hope you like the article.