Beginning the week of April 21st, you’ll be able to get your hands on the world’s fastest graphics card… the R9 295X2. Built around dual R9 290X GPU cores and cooled by an Asetek AIO liquid cooler, this beast of a graphics card supports all the latest Gaming Evolved technologies including GCN, True Audio, and games built around the Mantle API. 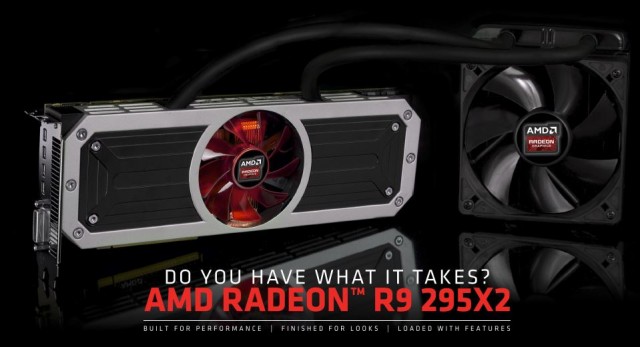 As you can see by the slide below, the specifications are impressive to say the least. 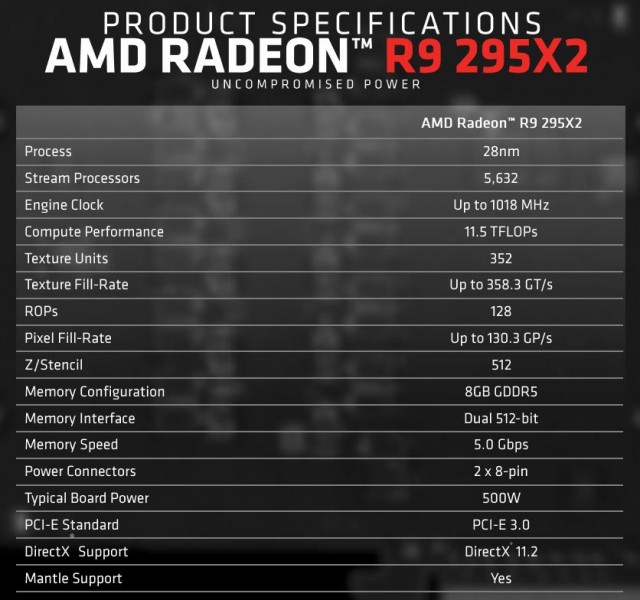 As mentioned above, Asetek designed an AIO liquid cooler to try and keep this beast’s temperatures in check. 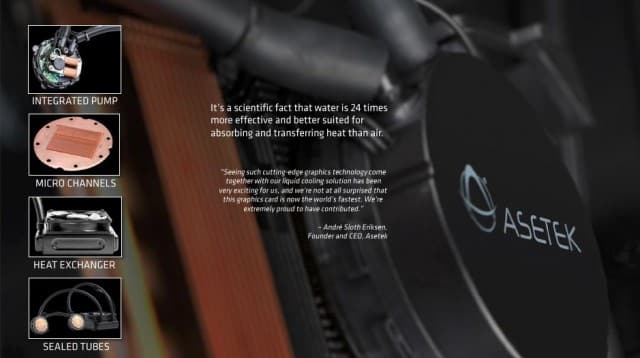 The card will come completely assembled and decked out with a metal backplate.

Ultra performance is the name of the game with the R9 295X2; and by looking at AMD’s in-house 3DMark Fire Strike scores, it would be hard to argue that point. 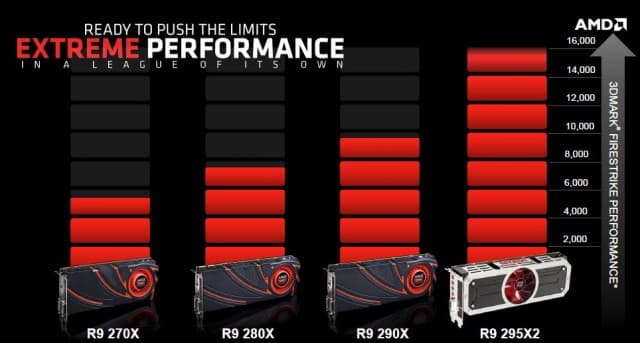 We’re working hard to get a review sample, so stay tuned for that. In the meantime, save your pennies because the R9 295X2 will set you back a cool $1499 once available. You have to hand it to AMD for continuing to push the limits of graphics performance, and this card definitely aims to do just that.

Boy oh boy oh boy. What a ride this card has been. AMD really went through a lot of effort to bring this unique card to market, being their first dual GPU solution that is not cut down in some way. Here the two R9 290x cores have full Stream Processors, ROPs, APUs, and even raised the clock speed a bit to offset the added latency from using the PLX chip for inter GPU communications. There is no doubt there are two full R9 290Xs on this card! The overall feel of the card is sturdy due to its mostly metal construction throughout.

This morning, AMD released the latest version of the Radeon driver, AMD Radeon Software Adrenalin 2020 Edition 20.2.2. Read on to see what problems have been addressed with this new update and any known issues that AMD is still working through.

Today, Biostar announced the all-new Radeon RX 6900 XT graphics card. Powered by an AMD Navi 21 processor, the RX 6900 XT is projected to outperform the Nvidia RTX 3090. In order to accomplish this it will use 80 compute units and 16 GB of GDDR6 memory. Whether it is able to or not will soon be determined, but one thing is for sure, the battle for the top is heating up and that can only mean good things for consumers. Here is Biostar’s official press release.