Many a computer enthusiast these days has some sort of secondary display, from a text displaying LCD in your case to a second monitor. The point of this is to be able to display more information at once and still be able to game or watch a movie. Today I have my hands on one such product, the Pertelian X2040 USB LCD. Here is a synopsis of this product from Pertelian:

And onto the review! 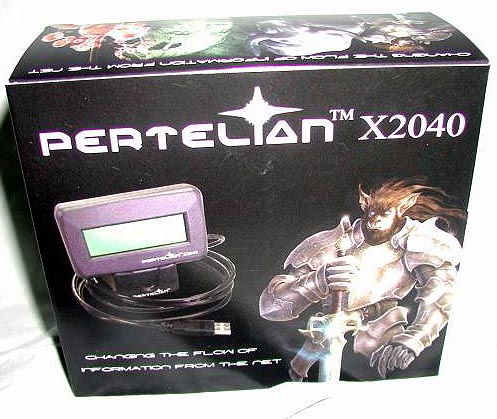 The packaging of the X2040 is effective and fairly attractive as you can see. 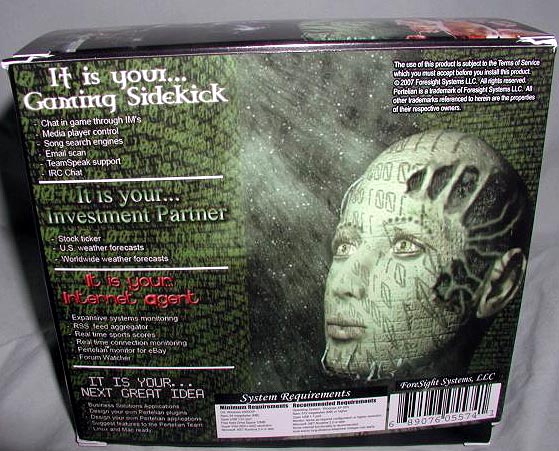 The back of the box describes the unit and its functionality. It also shows minimum and recommended system specs. 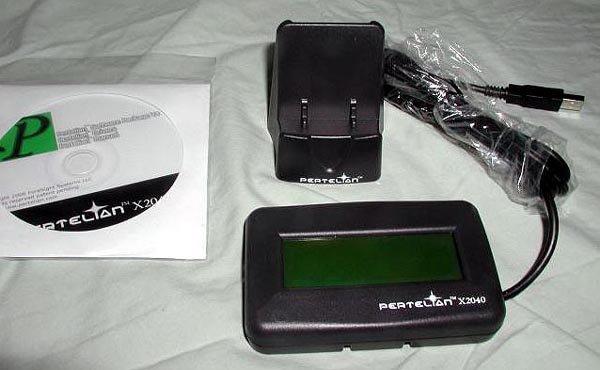 And now to unpack this thing!

Included in the package is a stand, the LCD, software, and Velcro 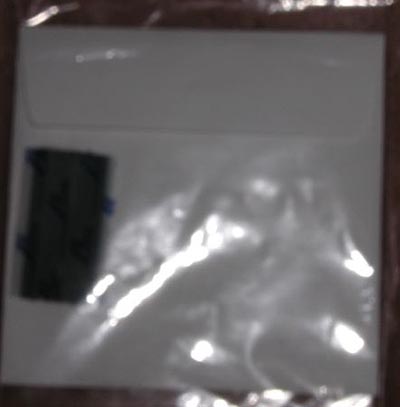 This is the Velcro hiding on the back of the CD case. 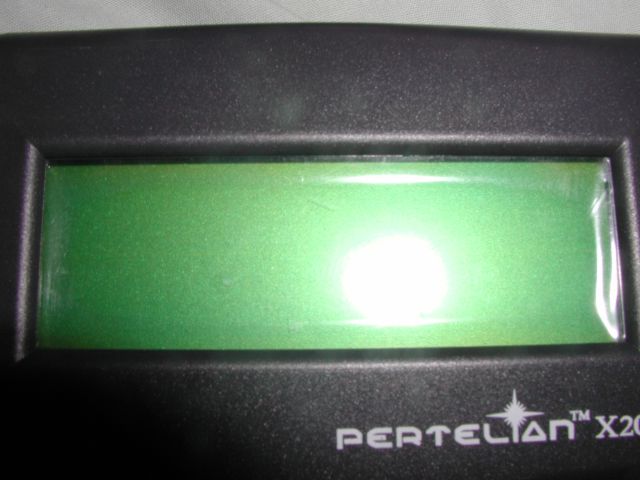 The LCD comes with a protective film on it to keep it from getting damaged during shipping. 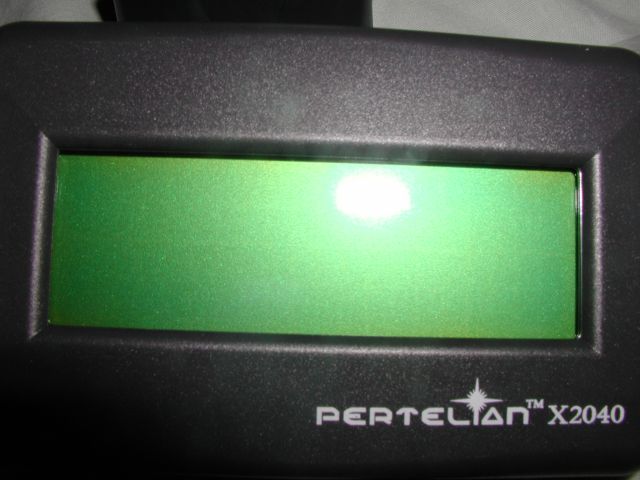 It looks a bit better without the film. 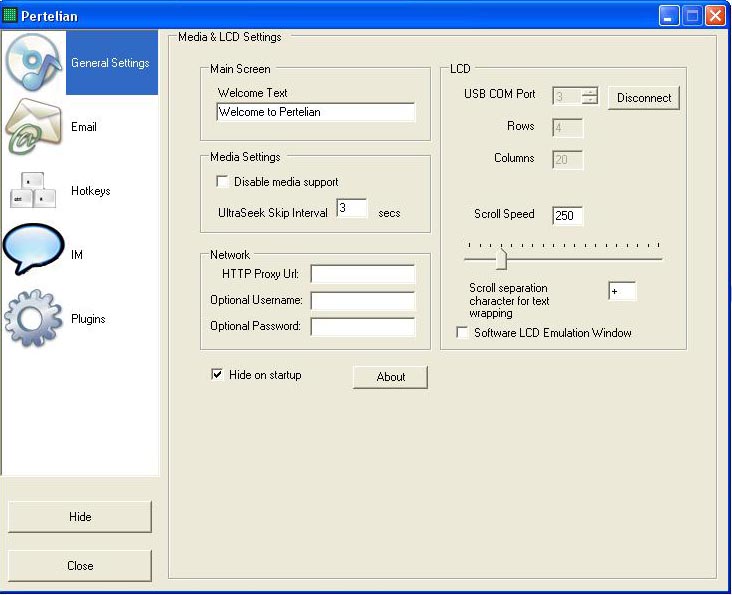 So after getting the X2040 installed with its included software we are confronted with this screen. This is the main page of the X2040’s software and this allows you to change the most general settings. 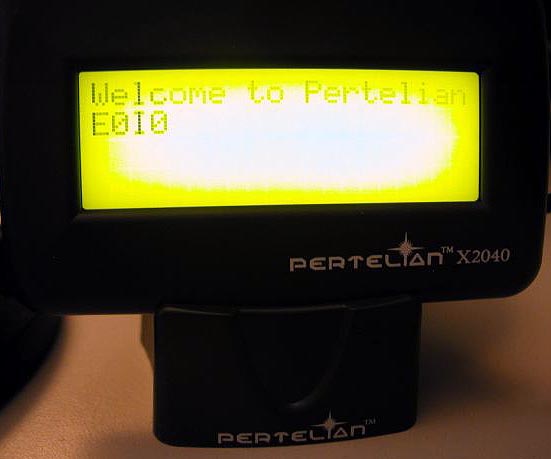 And this is what we are greeted with on the LCD, but my name isn’t Pertelian : 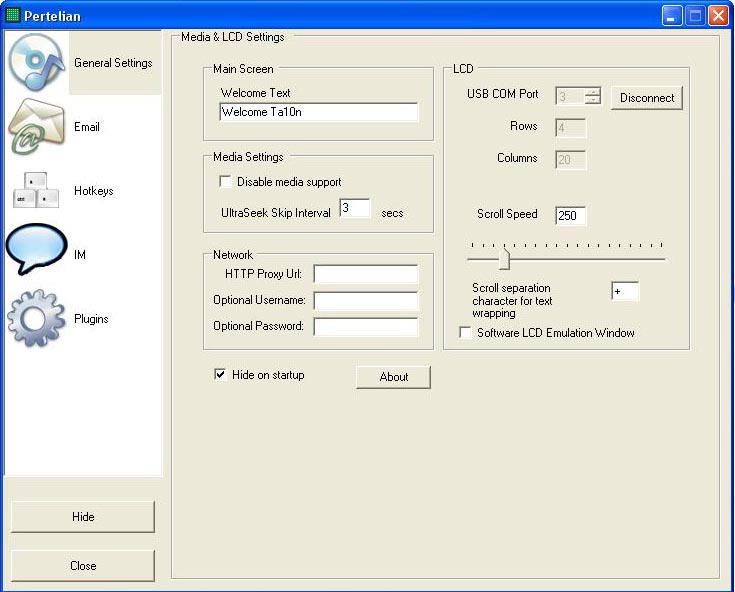 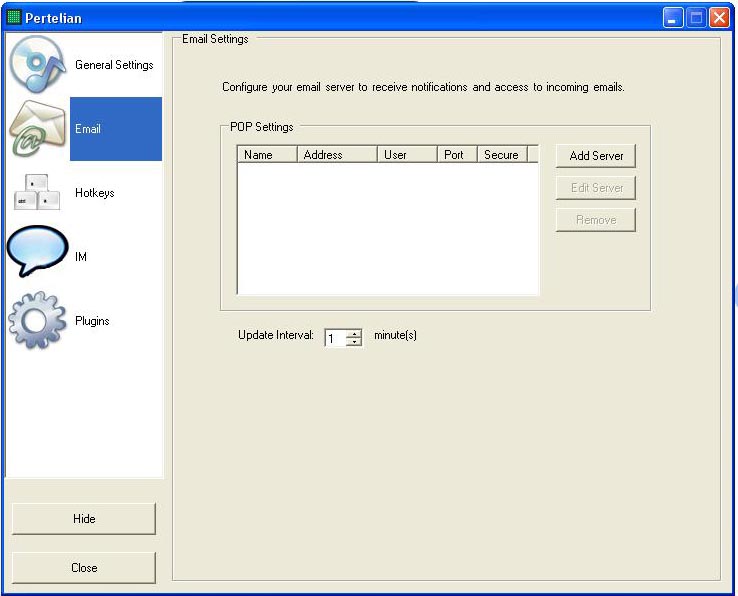 Now that that is set up to my liking I’ll go over the features of the software. As you can see, with this tab you can configure the display to indicate when you have new email. 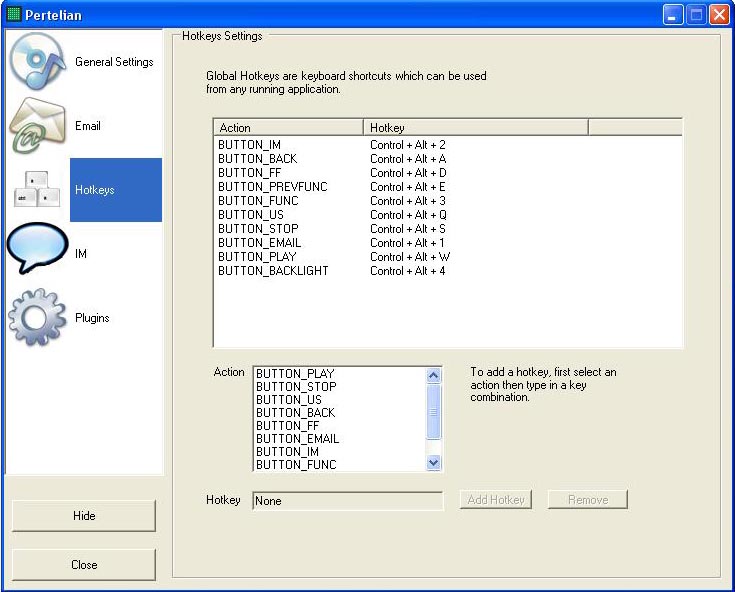 On the next tab you can configure the X2040’s hotkeys to your liking. 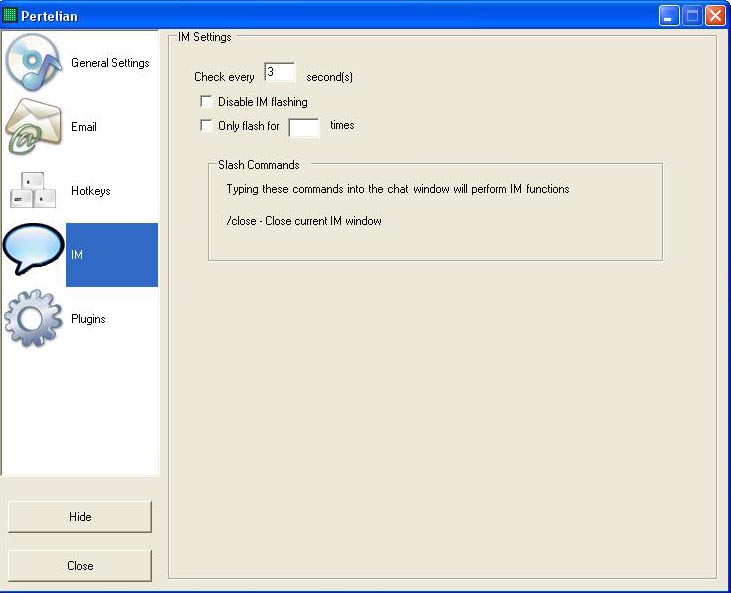 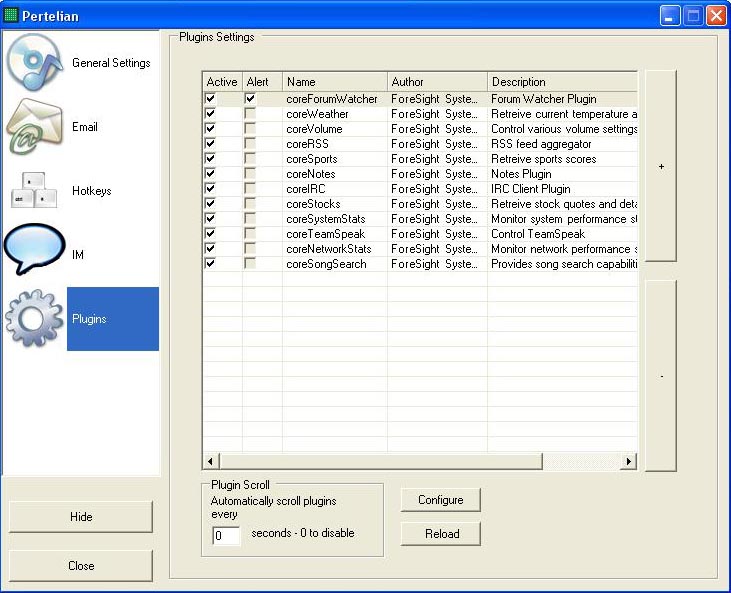 From this tab you can enable or disable the various features of the software and display. 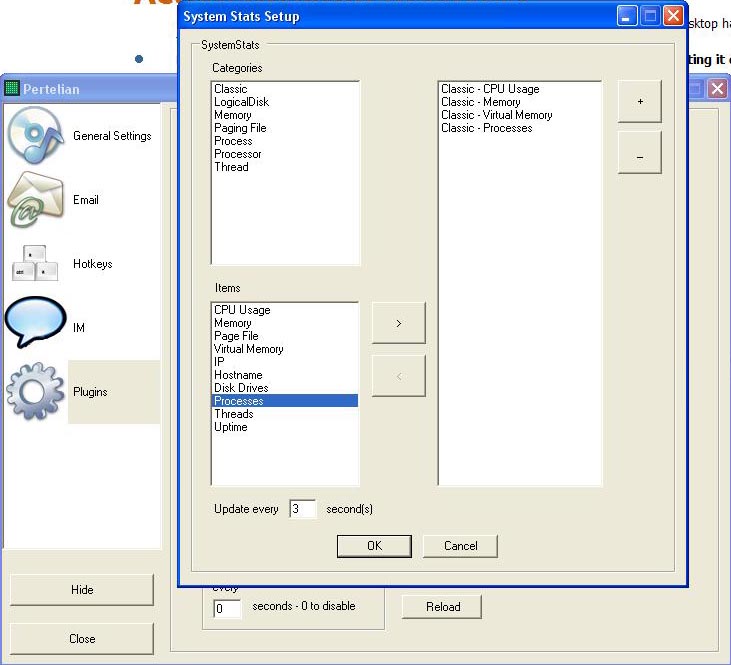 Now here is the feature that most of you reading will probably be most interested, and that of course is the displays performance monitoring capabilities. You can grab any number of monitoring functions and move them onto the display. 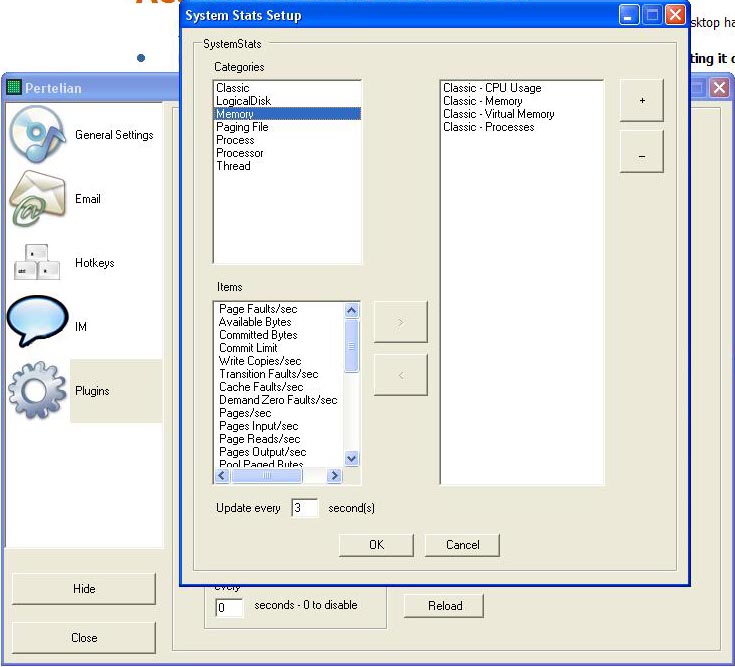 As you can see there are quite a number of performance numbers the display can keep track of.

Well I have to say that this is quite the impressive product. It’s functionality and possible uses make it an excellent addition to any PC. As far as the functions of the display goes, I found that the display was extremely useful, letting me keep tabs on various levels of performance even if I was in game.

The hotkeys are extremely easy to use and after a few times using them, I have them memorized. One negative on the hotkeys though: I did find that at times the CTRL-ALT portion of the hotkey would sort of “stick”, leaving me at a Google search trying to figure out why my W, E, and S keys aren’t working while the LCD is having a fit off to the side.

Another negative is that the Forum Watcher tool does not seem to work very well. It will constantly say there is a new post on a forum whether there is or not, and this can be quite annoying. One thing overrides all the negative points though – this thing is DIRT CHEAP coming in at $48.99 USD at thinkgeek.com..

This is an excellent price for any LCD, but considering the software that comes with this one it really is a bargain. So to sum it all up:

A great gadget for any PC user, I can truly recommend this product to everyone! So what are you waiting for? Buy one for yourself or buy one for a friend, you’ll be glad you did (plus your friend will think you’re buying them a $100 LCD :)!

If you’d like to see a video demo of this product go HERE.

Recently the guys at ForeSight Systems have released V5 of there Pertelian software – this software adds the following functionality:

Of course the big part of this update is the inclusion of GameFire, which allows you to monitor player or server statistics. The best feature of this is that you can use it to monitor your favorite game servers and check if they are full, or see what map the server is on, without even starting up the game. 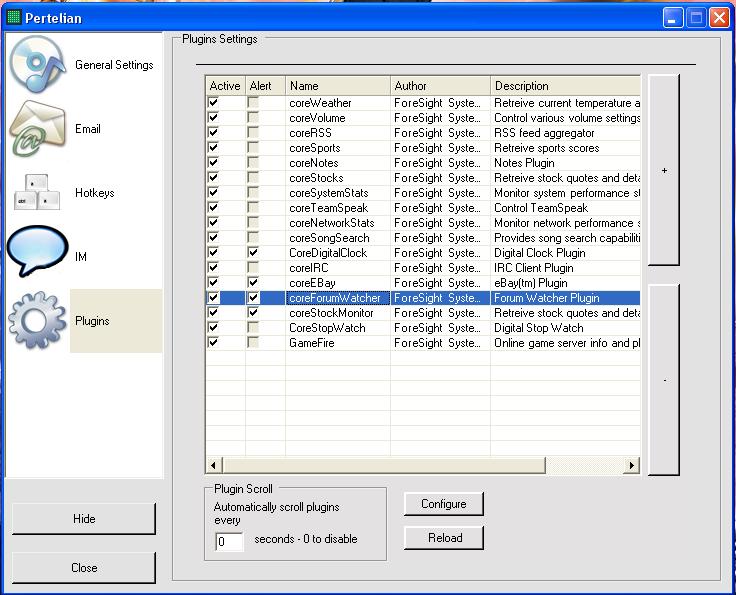 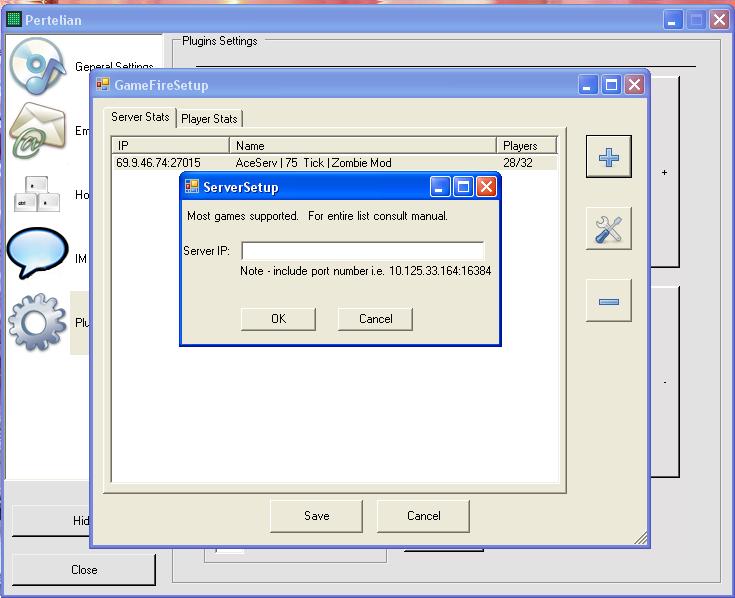 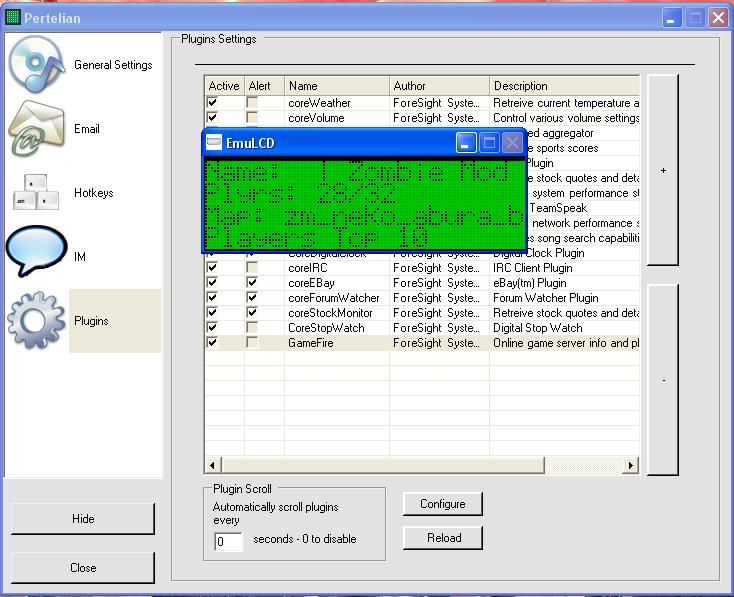 A nice update to an already nice product – gives you all the more reason to check it out.

The Inquirer reports that this AOpen page hints that AMD is going to increase the FSB on Hammer mobos sooner rather than later. XBit Labs more or less reiterates the thought when talking about future SiS chipsets. If you follow

INTRODUCTION I received a copy of Microsoft Visual Studio.NET 2003 Pro Academic for free through theSpoke.net just by attending one of Microsoft Canada’s information sessions that was held at my university several months back. What I had to do was

(Ed.note: We have not tried these, so if they trash your installation or more, well, that’s the price pioneers pay. Since I’m not a Quake player, it seems to me those who are could make a much better judgment as