New platforms like Sandy Bridge-E always bring a plethora of new product offerings from all of the component manufacturers. Whether a user plans to purchase SB-E or not, it can be difficult to make one’s decision until all the parts are considered.

The X79 chipset does not provide huge upgrades from P67 as far as features go, as outlined in our Sandy Bridge-E review. However, despite the disappointing limitations of the chipset, motherboard manufacturers have often thought outside the box to add some unique and fun features for overclockers of all skill levels. Below we outline the motherboard lineups from some of the top brands, as well as some key features. Intel have opted to leave USB 3 out of the X79 chipset, only provide capability for two SATA III (6 Gb/s) ports, and do not claim PCIE v. 3.0 compatibility; this leaves a lot of room for manufacturers to try and distinguish their boards from the competition.

The X79A-GD65 will be MSI’s X79 top-of-the-line board, sporting Click BIOS II (which is essentially a UEFI that allows for a mouse to be used – you can see this BIOS in our MSI Z68A GD65 (G3) review), OC Genie for quick speed adjustments plus PCIE-3.0 compatibility. This board should be appealing to overclockers as it includes a +/- chip for real-time BCLK adjustments in 0.1 MHz increments and onboard voltage check points. Another cool feature is the MSI “Super Charger” which, according to their press deck, allows USB devices (including smart phones) to charge 3x faster than usual and allows for charging while the computer is off.

Stay tuned for a review of this motherboard by our benching team leader, Brolloks, in the very near future.

The board is already available from many retailers, including Newegg. Here is the MSI lineup (minus the micro-ATX GD45 which doesn’t appear to be available yet):

Not much has been said about these boards just yet, aside from outlines of the specifications. However, from what we know about their current ranges, EVGA X79 Classified, FTW and SLI are likely to be powerful and robust boards with plenty to keep the overclocker busy. The boards will coincide with EVGA’s typical naming scheme, making the Classified the top of class, followed by FTW and SLI.

I have outlined some of my favorite features below, as posting the entire specification sheet would make this article too lengthy. Prices are included, but I was only able to find one of the boards available as yet (X79 SLI at newegg.com). It should not be long before the others appear, as EVGA does not want to cede any market share to it’s competitors by being slow to bring the rest of their new products to market.

If the onboard temperature monitor is accurate, it could be a huge help to overclockers who want to focus on benchmarking rather than checking temperatures every 10 seconds in RealTemp. 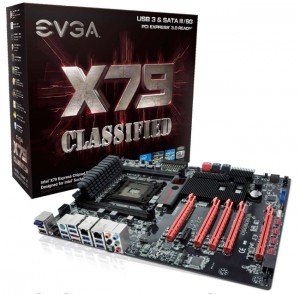 Asus announced the release of six new X79 motherboards. These provide users with a ton of options but, considering the small market segment this platform appeals to, I do wonder if six boards may be too many. On a more positive note, Asus has included some very nice overclocking features in this lineup despite the fact that the X79 chipset did not introduce many new features. This means to me that ASUS went outside the box here and really considered a wide spectrum of their audience, namely extreme overclockers. Here is the full lineup, with included feature highlights that struck me:

These boards are lower on the totem pole, but with an enthusiast platform like X79 the P9X79 series still has a robust set of features, including improved UEFI BIOS (with new shorcut keys) and onboard bluetooth. The WS version is geared towards workstation use with dual LAN controllers and up to 4-way SLI/CrossFireX.

This board is geared towards overclockers looking for a “TUF” design. All of the onboard components were “military grade-tested,” which sounds pretty ridiculous, but definitely implies a lot of thought was put into the board’s durability. The TUF SABERTOOTH X79 also features “Thermal Armor,” which channels airflow for “effective heat removal and shielding of critical board components” (which Asus claim results in an 11% cooler system) and “Thermal Radar,” which “uses 12 sensors to report temperatures in real time and control fan speeds based on actual heat levels.” This sounds like a great option for a 24/7 overclocking power machine on air cooling. Keeping the motherboard area cooler will certainly allow for additional overclocking headroom (assuming your CPU heatsink is up to snuff).

This would be my top choice out of the ASUS lineup (assuming, of course, that I had an unlimited budget). The “RIVE” features a unique “X-Socket” which allows for the use of LGA 1366 coolers on this board without additional mounting hardware. Even though some manufacturers offer free LGA 2011 mounting kits, I’d much rather dive right into the new platform than wait around for the parts to be delivered. Other really neat overclocking features include (courtesy ASUS):

At Overclockers.com, we love to see features specifically geared toward sub-zero benching. Our very own hokielaumnus will be taking this board cold in the near future. 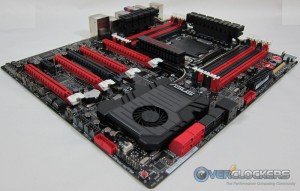 We have already showed off these boards in out Sneak Peak: Gigabyte X79 Motherboards article. But I am excited to report that we will be reviewing the flagship Gigabyte X79-UD7 and the X79-UD3.

ASRock definitely gets an honorable mention for putting out some budget-friendly overlocking motherboards. In this case the word “budget” is relative, considering the high price tags on everything X79. We will be taking a look at two of the boards in the ASRock lineup, but here is full lineup for your viewing pelasure: 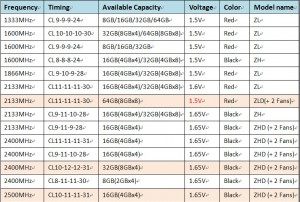 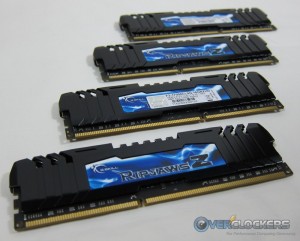 G.Skill isn’t the only manufacturer coming out with memrory though. Kingston and Patriot have both put out full quad channel lines as well. Patriot has a new line of Viper Xtreme Division 4 memory with speeds up to DDR3-1866. Their Gamer 2 Division 4 series goes up to DDR3-1600. 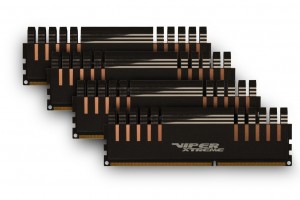 Last but certainly not least, Kingston has a full lineup of new HyperX Genesis quad channel memory for you too. Their speeds come in between Patriot and G.Skill, with kits up to DDR3-2133.

Kingston also mentioned they would soon be coming out with 8 GB and 16 GB kits in the DDR3-2400, so be on the look out for some high speed competition between Kingston and G.Skill.

Ultimately, the decision is up to you. For the most part, this platform will appeal to hardcore benchers looking to nab those world record GPU scores. Our i7-3960X review certainly shows that the CPU is the most powerful on the market, but the price will definitely scare many away. We have three 3930Ks on the way, which will likely be the better choice for most users, so stay tuned for more reviews!