Questions about hard drive upgrades regarding the PS3 have been asked many times.  I have asked this question on multiple occasions and have never gotten a concrete answer.  I have gotten some “out there” responses such as “All drives are automatically reduced to 5400RPMs” and “The PS3’s hardware is only compatible with 5400RPM drives.” I’ve also gotten some responses that have merit, like “The Blu-Ray drive will bottleneck the drive anyway” and “SATA1 will limit faster drives.”  So, I decided to find out for myself how hard drives compare to each other when installed on the PS3 and if the BD-ROM and/or SATA1 limits load times. 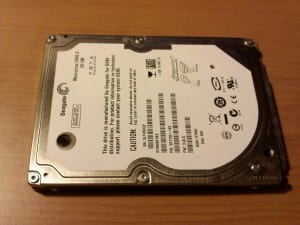 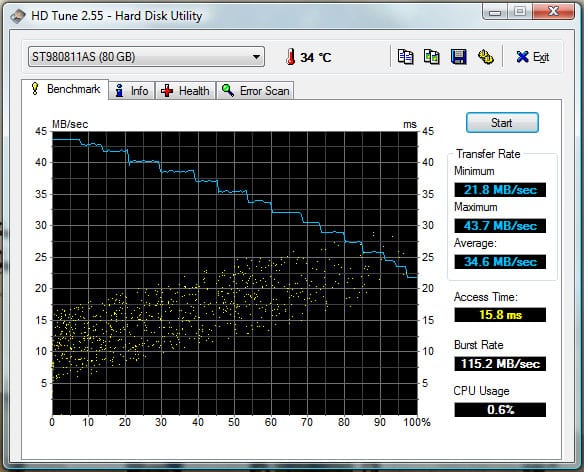 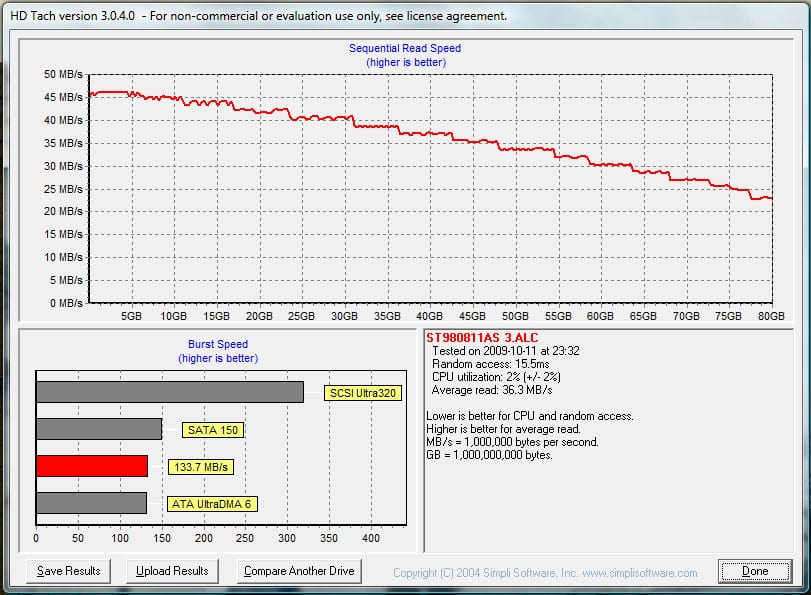 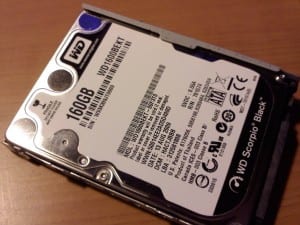 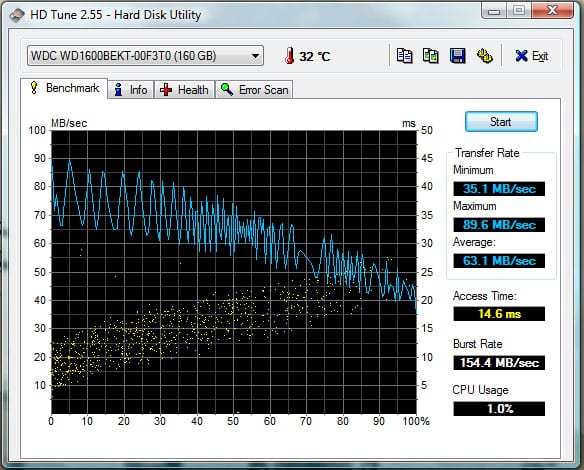 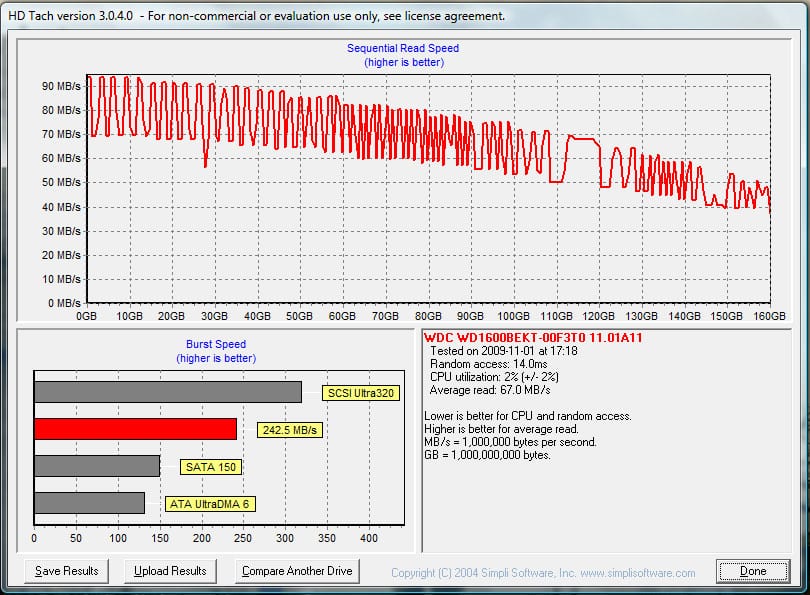 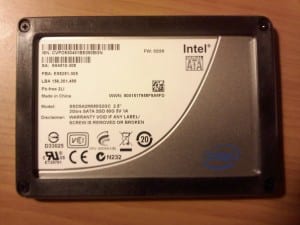 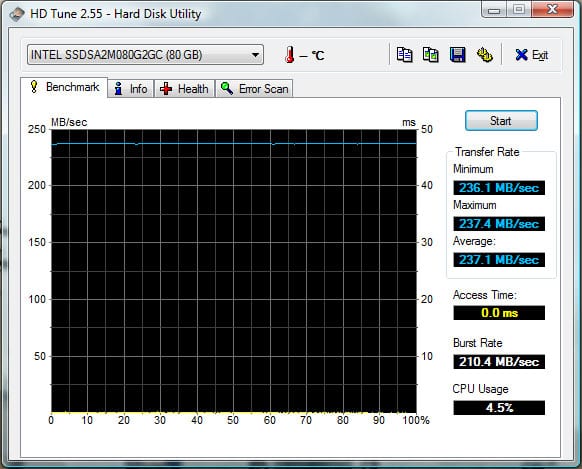 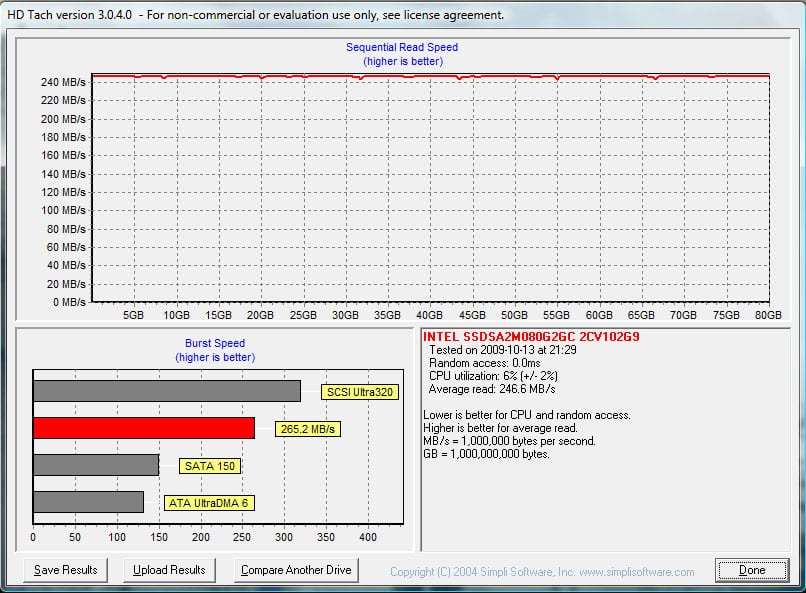 The tests were performed by using a stopwatch to record load times.  Since the start and stop times on the stopwatch were controlled by me and not a computer, there is a chance of “human error” in the form of precision.  All the tests were done on offline single player.  This is because when I tried multiplayer tests the results consistently varied too much to do any analysis.  Three load times were recorded for “OS to Menu” and “Menu to In-Game” per drive per game, for 180 samples.  Three load times were recorded for “Off to OS” per drive, for an additional 9 samples.  Those 3 times were averaged together to help eliminate some of the “human error.”

Off to OS = Load time between power button “beep” and user selection screen.

OS to Menu = Load time between selecting the Blu-Ray icon and game menu (spam “Start” and/or “X” while loading when needed).

Menu to In-Game = Load time between “the last button press to load a saved game” and being “in-game.”

The majority of the time, the first load would take anywhere between 5s and 20s longer than subsequent loads. This is because the PS3 stores data in its RAM, and on the first load the game’s data isn’t in the RAM. To compensate for this the first load times were ignored in all calculations (4 loads were actually done, but the first was ignored to make 3).

OS to Menu and Menu to In-Game In a few instances, load times actually increased when going to a “faster” drive.  This happened on Fallout 3, Call of Duty 4, Resistance, and Motorstorm when going from the 5400.3 to the Scorpio Black.  This was not a one-time fluke, times were consistently slower on the Scorpio Black with these games (usually less than 1s, but slower nonetheless).  I do not know why this happened, everything about the Scorpio Black looks faster than the 5400.3; more cache, higher density platters, and more RPMs.

Percentages can be misleading when the overall load time is relatively small in all drives. So, the average change in seconds between drives is shown along with the percent performance increase. Is a Faster Drive Worthwhile?

Yes, upgrading to a 7200RPM 16MB Cache from stock gives added speed and storage for cheap.  For example, I paid $50 for the Scorpio Black and got more speed and double the storage.  If you need more storage anyway, as many people do, then getting a 7200RPM drive is a “no-brainer,” in my opinion.

Upgrading to a SSD for the PS3 shouldn’t even be a thought; I mean SSDs cost almost as much as the PS3 itself and in some cases more.  I cannot justify the price for a ~15% increase in performance, but if you have the cash then by all means go for it.

Is BD-ROM a Limiting Factor?

Is SATA1 a Limiting Factor?

After going through the results, it doesn’t seem like the SATA1 interface ever gets saturated, even though a couple of the drives are capable of 150MB/s.