Two fans better than one? – Joe

SUMMARY: Two fans are better than one, but with a noise penalty.

I received a number of emails asking to see if I could show what happens when another fan is added to a radiator – this gives two fans in a push-pull configuration (one in the front, one at the rear – a “fan sandwich”). For a radiator with a 120 mm fan profile, this can yield some benefits in increased airflow – question is how much? 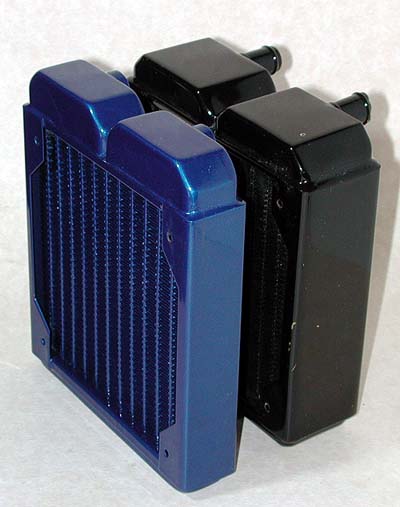 Looks like fan stacking pays off – the second fan increases cfms through the radiator on average by about 50% – a significant change. It’s also interesting to note that doubling the depth of the radiator (¾” to 1 ½”) exacts a significant toll – about a 50% reduction in cfms.

Note that fan rpms are relatively unchanged – fan stacking does not increase rpms. Two fans in series reduce the system’s resistance – hence, less resistance to air flow. This then yields an increase in air flow, as it’s now easier to get air through the fins.

The deeper the radiator, the more it takes to push air through it. An effective measure to increase flow would be to add a second fan, although noise will increase somewhat.