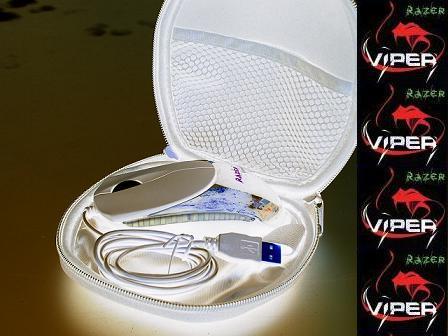 If you’re a gamer, chances are you’ve suffered humiliating defeats at the mercy of your mouse: a missed headshot, misplaced grenade, or an accidental team-kill. Not if you were using a mouse from Razer!

1999: Razer introduces its Boomslang 1000 and 2000 gaming mice. Some said the Boomslang was such a good mouse that it should have been banned from professional gaming events. Indeed, my Boomslang 2000 was the best mouse I had ever used; it dominated, in fact, but it had one fatal flaw: it was a ball mouse. The Boomslang was very accurate until one of its rollers became dirty; then I had to open the mouse and clean it by hand – a tedious process which I would be forced to repeat many times.

2004: Razer introduces the Viper, its first foray into an ominous optical mouse macrocosm. The Viper is radically different from the Boomslang, but it still dominates.

What makes it different? 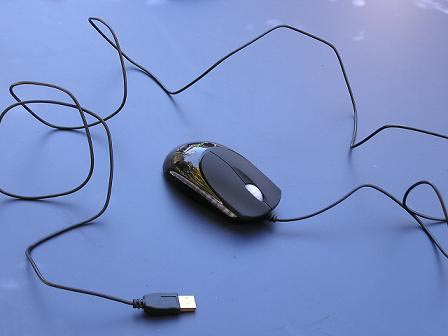 The 1000 DPI Viper is much, much lighter than any other optical or ball mouse I’ve ever used.

Unlike it’s heavier Boomslang brethren, the Viper’s light weight benefits from the absence of a ball, a feather-weight, silky-smooth, hard plastic casing, and the employment of only two buttons plus a flowing, frosty looking roller. This Razer’s cord, which terminates at a gold-plated USB 2.0 connecter, is also much lighter and thinner than the Boomslang’s.

Included with Razer’s new mouse is the useful LAN-Pak, a soft neoprene pouch that can be used to safely transport the Viper between LAN parties and other gaming events. Aside from the main zippered pocket is a smaller, auxiliary pocket on the outside of the LAN-Pak that can be used to store USB to PS2 adapters, keys, or small pens. 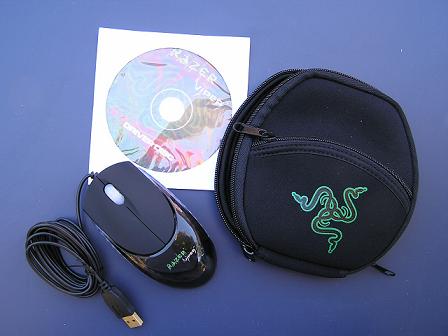 The Viper, LAN-Pak, and Driver Disc

In order to increase accuracy in fever-pitched, fast-paced games like Unreal Tournament, Razer has included clear, rubber strips that run the length of both sides of its newest mouse. Also, both of the Viper’s long, narrow, paddle-shaped buttons have a durable rubber finish that reduces slippage in the often sweaty hands of a high-performance gamer. 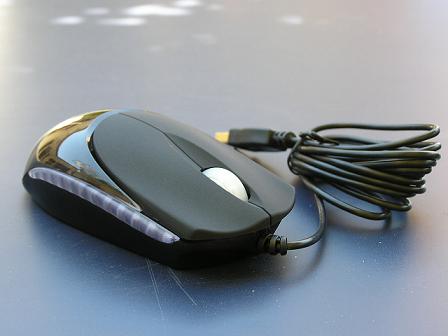 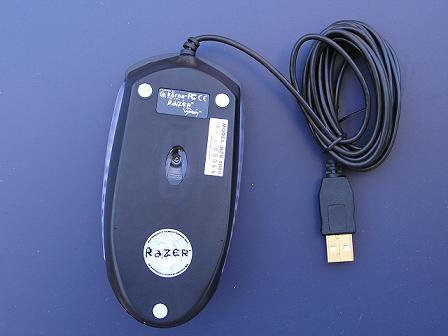 The Viper’s small, narrow design takes some getting used to, but once you get the hang of its lightweight, smooth, high sensitivity action, you’ll never want to use another optical mouse. It’s not as sensitive as some would like, but when the sensitivity is on its max setting of 10, the Viper should be plenty sensitive for most gamers.

Unlike the Boomslang’s, this mouse’s cord is very thin and manageable; it doesn’t hinder gameplay at all. Its two paddles are firm, yet responsive, and their clicking action is crisp and precise. The Viper acts almost before you ask it to with a mind of its own in white-knuckle, frenzied situations. It has carnal instincts that barely become apparent to the user but flourish themselves to the Viper’s opponents in an awesome display of effortless, electrifying speed, and elegant finesse. 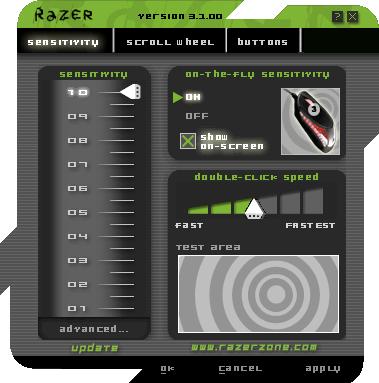 Razer’s Configuration Menu is colorful and well designed: navigation is a breeze

Razer’s spirited Viper is a fantastic optical mouse and a worthwhile upgrade from whatever mouse you may be using at the moment, if you play games with high-sensitivity. Its light weight, 1000 DPI Agilent sensor and sleek, narrow design make this mouse an utterly devastating weapon in the hands of just about any high-sensitivity gamer. 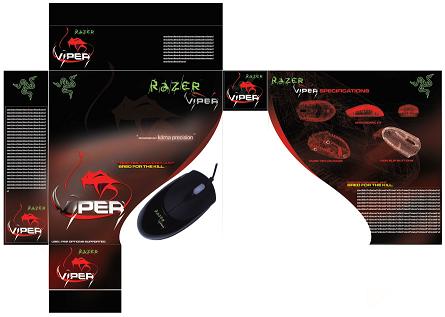 What it looks like before it’s all JB Welded together. Bill Strahan

Just Learn How To Play The Damn Game!

nVidia Announces GF4 Line The core runs somewhat faster, the memory is somewhat quicker, the optimizations for memory usage and higher quality imaging are somewhat better. This leaves the GF4 being somewhat better than the GF3, usually 20-25% better for

Linux and the Rest of the World