After seeing the 2COOL PC+ at the local computer show, my direct comment was something like, “Yeah right, all this thing is gonna’ do is circulate hot air inside the case”. Since I spend some time at Overclockers and other forums, mostly learning and sometimes helping, I know what it takes to keep an overclocked machine cool. 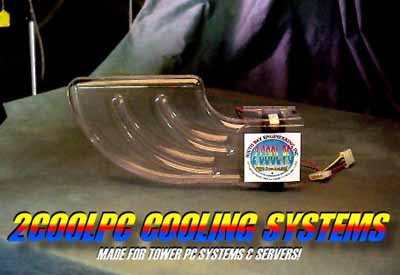 This last weekend, I purchased a PIII 750 with the intention of getting a GIG out of it. When Dave at 2COOL PC heard what was going on he gave me a 2Cool PC+ to try out. One of my test boxes is an Abit BF-6 running a Fasttrack hack with two 10 GB Maxtor 7,200 rpm drives. The box has 192mb of Hyundai PC133 CAS3 that will do 142mhz. I’m using a Creative 256 DDR, SoundBlaster Live Value, and a Conexant chip modem.

I put in the slocket with the new processor and my Alpha PEP66 I bought from Tom Leufken at the previous week’s swap meet. Then the installation of the blower manifold (I guess I’ll never get the race car stuff out of my blood). Even if you can’t change a tire on a car, you could open the side of a computer and put in a 2Cool PC+ cooler – just plug it in and set it on the Velcro that is supplied in the kit.

From the start I wasn’t very impressed; my box wasn’t running any cooler – the ambient temperature in the box was the same. The BX chipset was even hotter than with my Celeron. When I tried to get it to a GIG it wouldn’t do it. The best I could get was 930mhz. I tried everything I could think of in the BIOS. 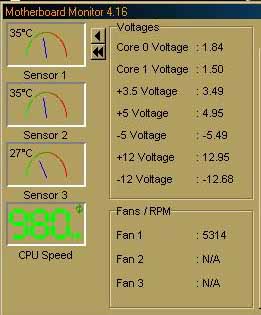 Then I started looking for something wrong. Okay, so I’m gonna’ hear about this for a while: When I plugged in the 2Cool PC+ I bungled the install. The red wire was not making contact so the fan was not spinning. These temps were equal to my normal temps after benchmarking without the blower in place. 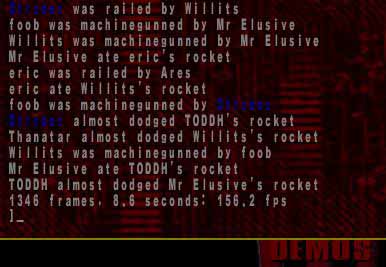 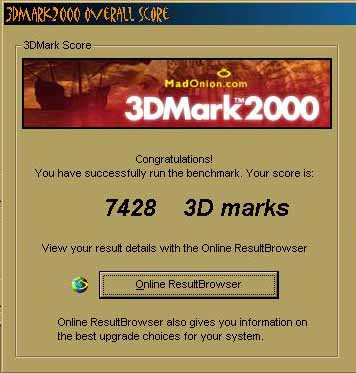 Not too shabby! And it was only pulling 29 C on the BX and the PIII was at 27 C after exiting 3D Mark2000. That’s 6 C and 8 C respectively. Without the 2Cool PC+ in place, the temps went to 35 C on the BX and 35 C on the processor after benchmarking – quite a difference.

So in my test of a new product I inadvertently got a better comparison than I expected because of an error on my part. The fan not working the first time gave me a larger database of statistics without the 2Cool PC+ than I would have normally recorded.

The benchmarks say it all. Overall I would say that the 2Cool PC is worth between 2 to 6 degrees Celsius in my application. For $30 (swap meet price) it has to be one of the best cooling bargains out there – easy to install and it does a great job.

Now I have to see Dave from 2Cool this weekend at the swap meet and it will be my pleasure to tell him I owe him an apology for doubting his product. Also I have a meal ahead of me, soon as I get my foot out of mouth – I think I have crow to eat.