I have been meaning to do an article about Sandboxie and yesterday’s article on internet threats reminded me of it and so here it is. What this program does is to build a protected area within Windows such that any virus or malware is isolated within this wall, preventing it from infecting your PC. It’s a small download (548 K) and if you are concerned with your PC getting infected, this is an easy way to build an effective firewall inside Windows.

After installing the program, you will see this opening screen: 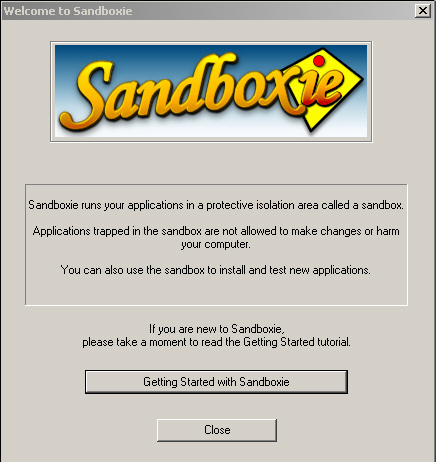 There is a nice Tutorial and I would recommend you take the time to learn the finer details. I elected to use Sandboxie from the start:

As I was running Firefox, I restored the previous session: 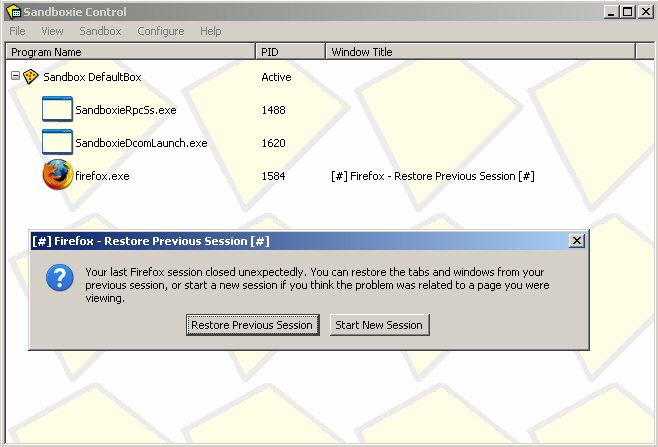 You will notice a lag when opening the browser – maybe 5 seconds or so. This will happen every time and only when you first open the program under Sandboxie – I did not notice any difference in load times after the first screen. Note that in the upper left hand corner you will see Sandboxie running:

Running Sandboxie in your Programs list opens up these options:

You will also see a Sandboxie icon (extreme right side) as a Start item; you can elect to run your browser (or any other program, such as for emails) under Sandboxie or run it outside of Sandboxie as before:

Lots of flexibility, easy to use, well maintained and free to a degree – after 30 days you will get a nag-screen offering a purchase option. Buying Sandboxie gives you the following:

Costs about $30 and basically it amounts to a site license. Trying it out is a no-brainer.

Today we look at ASUS’ top of the line AMD board, the Crosshair V Formula. The Formula houses AMD’s newest chipset, the 990FX northbridge and SB950 southbridge.