Even though this HD 6570 is advertised as including a heatsink by Arctic Cooling, the design isn’t very different from the one included on the HD 5550 or GT 240. As such, I’d expect this fan to be just as quiet as the other cards.

The Sapphire HD 6570 I received comes with 512 MB GDDR5 memory, but it also utilizes HyperMemory. This feature allows the GPU to reserve some of your system memory for a maximum total of 2.8 GB available to the graphics card. Since RAM prices are starting to fall, you can really take advantage of this by running 4 GB or more in your system. Still, I’d prefer to have 1GB or 2GB memory on board and leave the system memory for the CPU to use.

I was able to use the Sapphire TriXX software to push the card a little bit above stock. Unfortunately, it would not allow for voltage adjustments so you’ll need to manually mod the card or flash a new firmware if you want to do that. I was able to run the card at 845 MHz on the core and 1070 MHz on the RAM and still pass all the benchmarks, which is pretty decent considering the stock clocks are 650 MHz and 1000 MHz, respectively.

The 6570 fared pretty well against two slightly older cards also aimed at HTPC users: the AMD HD 5550 and the NVIDIA Geforce GT 240. Unfortunately, those are all I had on hand to compare with, but the results speak for themselves in terms of what the newer technology can do. You’ll notice the GT 240 is missing some data and that is because it is only a DX10 card and cannot run the DX 11 tests.

As you can see by the graph below, the 6570 beat the 5550 and GT240 in every test. That’s no surprise, though, because it is supposed to be the stronger card. Lost Planet 2 and Stalker really stressed the card and in both of those it failed to get a playable framerate with the maximum settings. Of course, you can always turn down the MSAA and other details to make them playable but if you are looking for a high end gaming experience you’ll need to pick a better card.

Also, remember that if you want to take advantage of GPU acceleration in Flash and video encoding then you need to download the separate Media Codec Package (formerly known as Avivo; under “Optional Downloads”) that is not included in the Catalyst Software Suite package. This is where the AMD cards shine above their NVIDIA counterparts as you can see they almost cut transcoding time in half, even on a powerful processor like the 2600k.

All game tests were run with their settings maxed out (everything at “high” or “ultra”, 8x Anisotropy). Synthetic benchmarks were run at stock settings.

The Sapphire HD6570 is a solid choice for an HTPC build if you would like to do some light gaming at 1080p resolution or below. If you are only going to be watching videos, then the 6570 is a little overkill and you can save money by purchasing a lesser card such as the HD 5550 or GT 240 which will both render 1080p video without an issue.  For encoding, AMD has really put a lot of effort into their Media Codec (Avivo) package and a software suite with GPU acceleration can really be helped by the 6570 when transcoding video. Also, even when the fan is spinning at 100%, it is relatively quiet which is especially good when you want to enjoy your movies without a lot of background noise.

Searching around for a price, though, I couldn’t find this card on sale anywhere. I did find Sapphire’s 6570 1GB model for $75 at Newegg and their 6450 1GB for $53, so this card must be somewhere in the middle. Honestly though, I think the 1GB model would be a better fit for a casual gamer and the 6450 would be a more economical option for playing movies. So when taking it all into consideration, I’m going to give this card a “meh.” mainly because it is difficult to find and there are better options out there.

Thanks to Sapphire for supplying this unit for review. 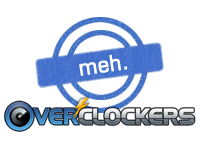 Guide to Delta-T in Water Cooling

A water cooled PC can generate a large amount of heat. Today, I’m going to focus on two parts of your PC: the CPU and the GPU and water cooling.

We’re here today with a Lian Li case that isn’t your typical fare, at least for the systems I typically build. Why, you may ask? Because the Lian Li PC-Q28 is tiny. Sit back, relax and have a read through to find out why you’d want such a tiny case – and find out why we like it so much.