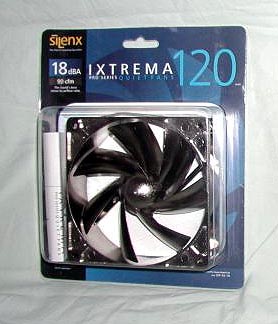 Being an overclocker, I know that a lot of the time you have to sacrifice silence for the sake of extreme cooling performance. But what if you didn’t have to? That’s what the guys at Silenx were thinking when they created a 120mm fan that pushes 90 cfm of air while only creating 18 dBA of noise.

As you can see below, the fans look very nice. Notice the very shiny metallic finish; also notice the extreme sweep of the fan blades, the propeller spinner-like central fan hub and the thickness of the fans (38mm). Speaking of packaging, you’ll be happy to know that these fans use the plastic tab/cardboard back packing method instead of the unpopular heat-sealed plastic method – way to go Silenx! 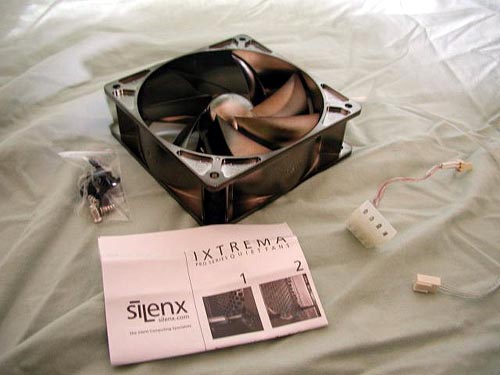 This is what the backside of the Silenx fans looks like: 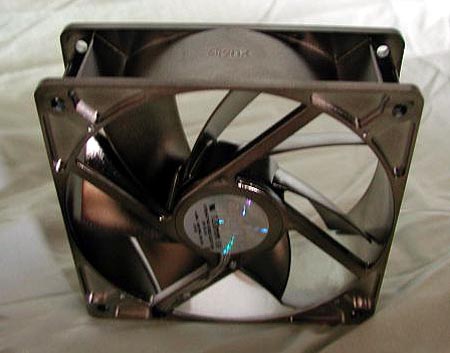 Here is a shot of the fan in action, hooked up to a fanless PSU to test noise. As far as noise is concerned, the fans do produce a quite audible hum, but this hum would likely be deafened completely when the fans are installed in a case. 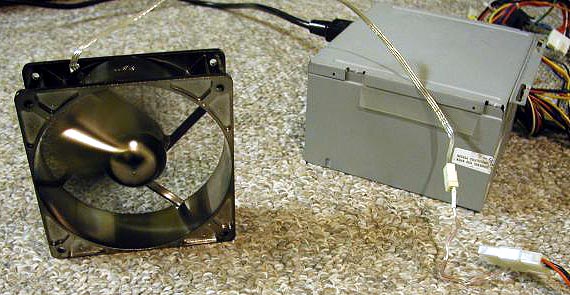 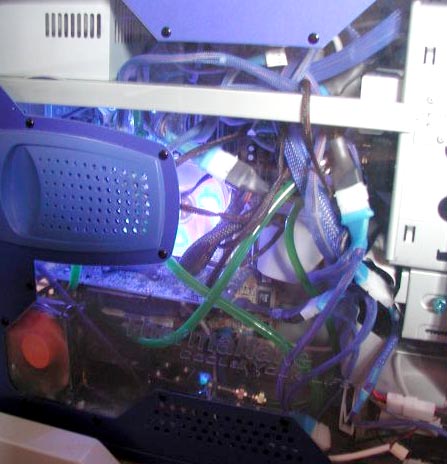 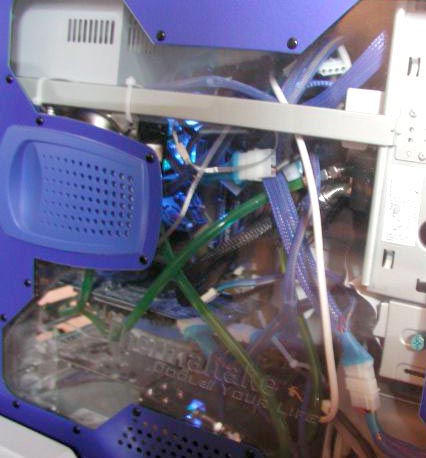 Note a reduction in the cable mess in the upper portion of the case.

All in all, these fans work extremely well and produce little noise. After taking out my old fans and putting the new ones in my system, noise was greatly decreased. Also Silenx claims the fans push a lot of air (90 cfm), which is more than enough to keep a modern computer cool.

I did some looking around to compare the Silenx’s specs to others and I found that the claimed specs are far superior to other low-noise fans – some examples:

Silenx’s claimed specs lead me to conclude that either they have a break-through product or that the marketing department is putting out some very aggressive ad copy. We’re going to follow up on this with some detailed testing of these claims.

I also liked the type of cabling used. You may have noticed that the wires are all silver and have been bonded together in a flat configuration. This not only makes cable routing easy but it also makes my life easier by negating the need to sleeve fan leads. Unfortunately these fans are extremely expensive, coming in at about $26 apiece CAD. In summary…

With a combination of airflow, silence, and good looks, these fans are a no-brainer for any PC enthusiast with money in the bank. It is unfortunate that these fans are expensive, but you get what you pay for.

Here is a little information about Silenx:

“HOW IT ALL BEGAN

It begun as a hobby; a group of engineering students in search of silence. With computers running twenty-four hours a day, seven days a week, the noise was more than a nuisance. It was an absolute burden. But this was 1995 and your average mainstream computer processor was barely consuming 20 watts…under full load. Silent computing was still in its infancy, but of course, our guys were working to perfect it.

What had originally begun as a hobby…turned into an obsession.
Airflow was measured, temperature gradients studied, simulations and testing ensued. The original designs were crude, but then again, even the greatest have to begin somewhere. With electronics getting hotter and hotter with each generation, someone had to step up to fight the noise. And that, we did. Our products made way into recording studios and sound labs around the world. Then came the inquiries from individuals wanting the same in their personal computers. Well…our next decision put smiles on their faces.

THE ROAD FROM HERE

SilenX has been a privately-owned and operated company based in southern California since 1995. There are several research and design facilities in addition to our primary warehouse facility and our renowned technical support and customer service center. Originally a high-end systems integrator for silent computers, SilenX shifted its focus to manufacturing silent PC components in 2002 and established factories in the United States, China, and Taiwan.

Our retail products are distributed in numerous countries around the world. We also have an OEM division that manufactures fans, thermal heatsink solutions and power supplies for various applications in computing, consumer electronics and other industrial uses. Our specialty is in low noise components as we have among the lowest noise cooling equipment in the industry.

Numerous awards have been won by our products in the consumer computing world for delivering a combination of the lowest noise levels without sacrificing high performance. Reviewers from around the world have praised our products for being on the forefront of the silent PC industry. Our commitment to the finest quality makes SilenX products both reliable and competitive.”

This piece expresses the views of the author only, and is not meant to state or imply the opinion or views of this website. December 7 marks the sixty-first anniversary of Pearl Harbor. That may be ancient history to many

When my old Pentium 3 500 Mhz with a TNT2 graphics card couldn’t handle most new games anymore, I decided to buy a new computer. Not having enough money to buy a Dell which I had before, I wanted to