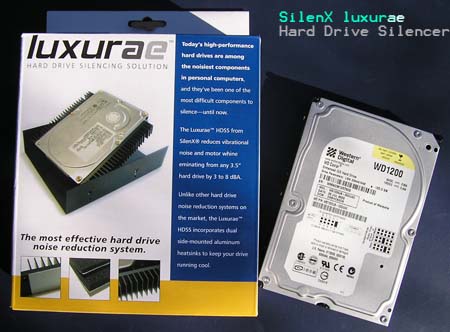 “Today’s high-performance hard drives are among the noisiest components in personal computers, and they’ve been one of the most difficult components to silence-until now.”

This caption on the Luxurae HDSS’s (Hard Drive Silencing Solution) box sums up the situation of low noise enthusiasts when it comes to hard drives.

The Luxurae works by sandwiching the hard drive between two pieces of dense, acoustic foam which are attached to pieces of metal. 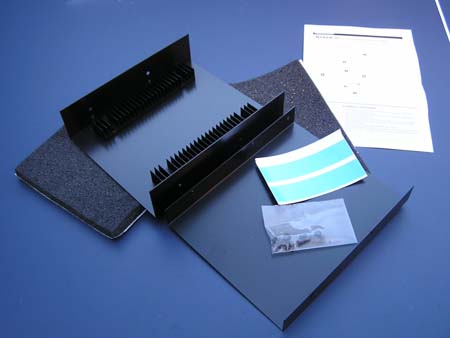 The entire sandwich is meant to be installed into a 5.25″ drive bay, but it silences just as well if it’s sitting on the floor of the case. Vibrations weren’t an issue for me, but just place a piece of included packing foam underneath the sandwich to eliminate vibrations if they occur. 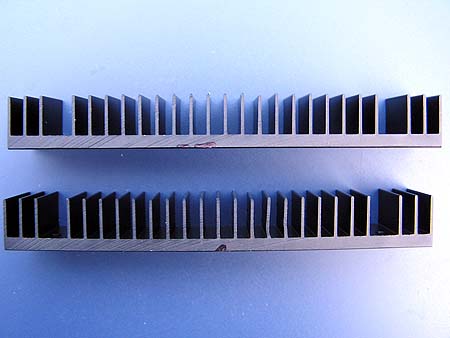 Attached to the right and left sides of the HD are long, black, aluminum heatsinks that help keep the hard drive stay cool while sandwiched between the foam. 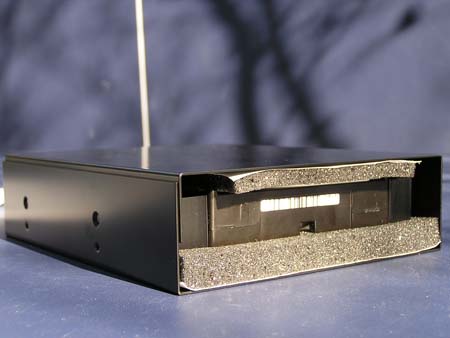 Putting the Luxurae together was very easy and only took about 5 minutes, including the time it took to screw the unit into the drive bay, which was the most difficult part of assembly and installation.

Under load, the drive is just under 11 degrees warmer while sandwiched inside the Luxurae than it is inside a 3.5″ drive bay. Even the drive’s highest recorded temperature is about 14 degrees under its maximum operating temperature of 55ºC.

The Luxurae HDSS does an excellent job of muting low to midrange noise, and it even muffled the high-pitched whine from my Western Digital 1200JB somewhat. It nearly silences the hard drive, especially when the unit is inside the case where it’s supposed to be. My only complaint is that a faint, high pitched whine is still audible from the bearings of the hard drive, but that’s easily forgivable since Western Digital hard drives are seriously loud pieces of equipment. The Luxurae is supposed to reduce noise by 3 to 8 dBa, and it easily reduced noise by 8dBA considering that I’m using one of the loudest drives available.

The HDSS can be used with drive speeds of up to 15,000 RPM, which means that the thermal-tape attached aluminum drivesinks do a great job of dissipating heat. This is probably due to the fact that both ends of the Luxurae are open, which allows air to pass over the heatsinks for effective cooling.

The Luxurae is indeed a silencing solution for all of the noise produced by high performance hard drives. The initial “post-Luxurae installation” boot-up was quite a relief since my ears weren’t bombarded with unpleasant, metallic hard drive noise as soon as I pushed the power button.

At $39.95, the Luxurae is a literal steal when compared to other HD silencers, such as GUP’s Smart Drive 2002c, which performs worse than the Luxurae but costs twice as much. If the noise from your hard drive(s) is breaking your heart, seriously consider SilenX’s Luxurae HDSS – it’s the best hard drive enclosure ever.

We have a calculation in print that it would take the RIAA over 2,000 years to sue each and every P2Per. There’s a few problems with this. First, the RIAA isn’t going after file downloaders; they’re going after file fencers. Read More

The Intel Poll: Fat and Happy

About a month ago, we asked Intel users some questions. Here’s the answers we got: 1) Please list the type and default speed of the Intel processor you use (i.e. Celeron 566, PIII 866MHz, PIV Willamette 1.8, PIV Northwood 2.4C, Read More