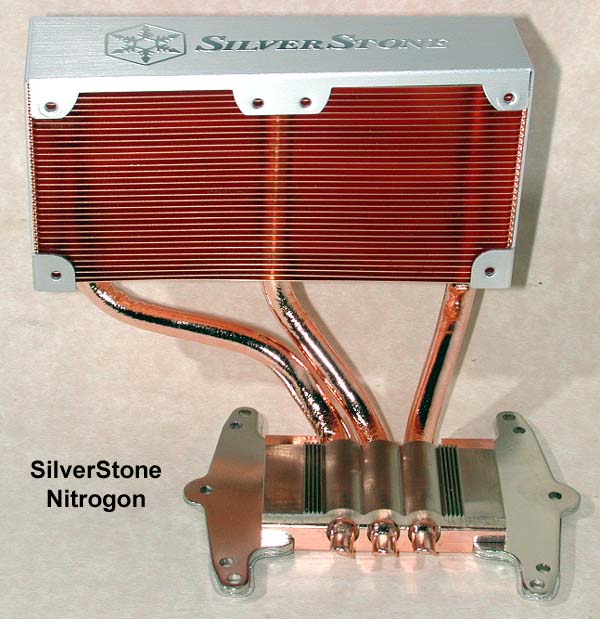 The good guys at SilverStone were nice enough to send their SilverStone Nitrogon heatpipe heatsink for a test spin. This is a large heatsink which uses two 60 mm fans for cooling. 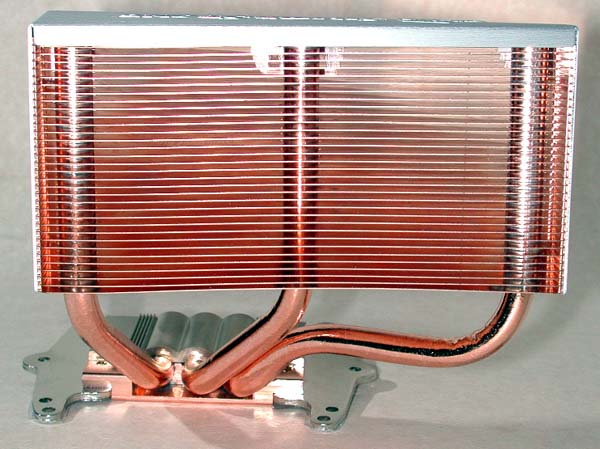 Installed on a motherboard, you can see where fit and orientation could be an issue: 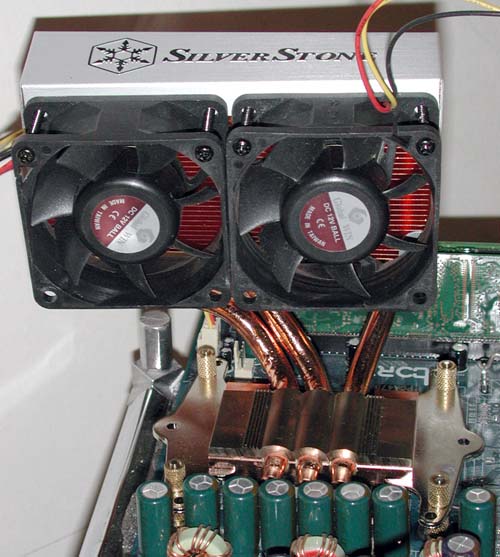 There’s quite an overhang to consider – the CPU socket’s orientation is a key factor.

The base could be finished better: 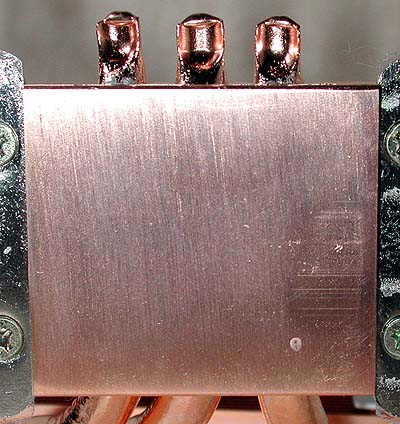 Notice on the right side there is an area that is a little lower than the rest of the base.

Parts that ship with the unit allow for P4 and K8 mounting: 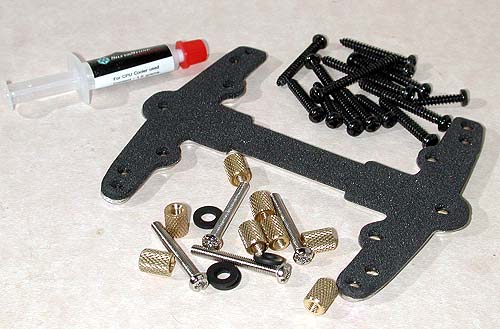 Mounting is straight forward, although it will require removal of the motherboard. The motherbboard backing plate will accommodate just about any mounting scheme where there are holes around the CPU socket. The knurled bolts secure first the backing plate and then another set of four to secure the heatsink to the motherboard – very simple.

The SilverStone Nitrogon Heatpipe was tested on an Acorp 4S845A motherboard with a modified P4 1500 to read CPU case temps. For testing, I used 2 60 mm Delta AFB0612EH fans – I varied rpms to give a noise and performance range.

SilverStone Nitrogon heatpipe is fairly well made (the base could be better) and a good choice for P4/K8 cooling, assuming it can fit your case. Mating SilverStone Nitrogon’s Heatpipe with a rheostat controlling the fans might be the preferred approach for a quiet night’s sleep fro 24/7 operation.

Thanks again to SilverStone for sending this our way.

The Economics of Optical Storage

As was recently pointed out by science-guy Ian Anderson HERE, there are physical limitations preventing optical storage from becoming the storage medium of choice. If you haven’t read the article, or just don’t feel like it, the problem boils down

Some precautions from someone who has been there! “I think I should point something out that could cause a lot of people to end up with fried motherboards when drilling their slotkets. I am currently using an old Abit slotket