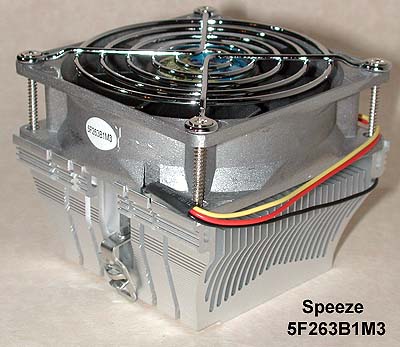 The good guys at Speeze were nice enough to send over a sample of their Socket A/370 heatsink, the Speeze 5F263B1M3. This is an aluminum extrusion unit with a fairly quiet fan.

Note that the fan’s body is aluminum – not plastic. 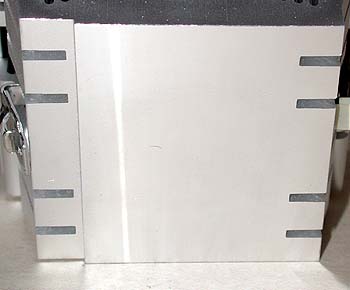 When I ran my nail over it, I could feel and hear ridges.

The clip requires a screwdriver to mount on the socket and is not particularly stiff.

The Speeze was first tested on the CPU Die Simulator which gives results that are unaffected by motherboard influences. I then tested it on a Shuttle AK31, modified to read AMD’s on-die diode, as an example of what users might see on their systems.

No such thing a free lunch – low noise cooling solutions trade off performance, although I think in this case a stiffer clip would increase performance a bit. OK for Mom.