Just wanted to share something I though of and had good results. I bought a Taisol CGK 742 and found it was a bit noisy. Even more so when I put the 26CFM Y.S.Tech fan of my Alpha on it. I noticed the fins where very easily bendable and still had a 80mm 4500 rpm fan laying around. So I bent the fans à la Zalman and glued the fan on there with a plastic glue gun.

Result where that the cooler became nice and quite and performance improved by a few degrees compared to the Y.S. tech. I have just the in-socket thermistor that gives unreliable results. But the CPU seems to get just a little warmer than the Silverado I currently have on my 1333 Mhz T-bird. 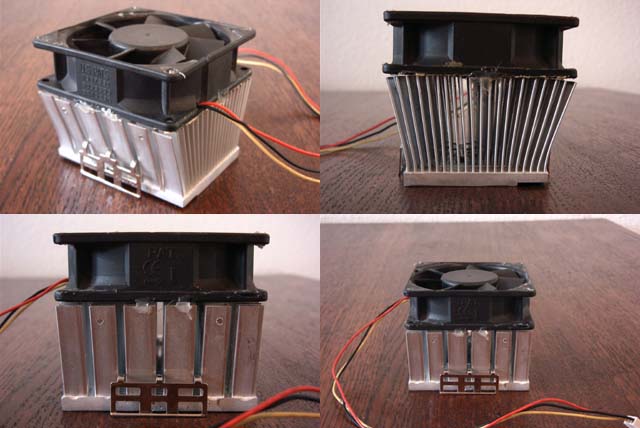 Two questions: Of the computer hardware site you frequent, which do you like the best visually? How important is the visual look in accessing the site? Please do not include Overclockers.com. There are no right or wrong answers – someone Read More

Yesterday, I spoke about how people can put up anything on the Internet, and some people believe it. Here’s a great example of this, with a twist: I was poking around, and came across this link. It’s a link to Read More