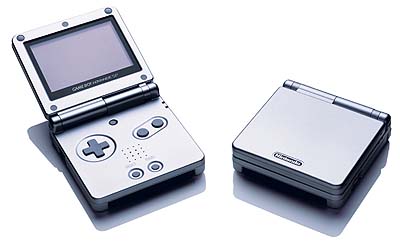 This Guide will show you how to take your GBA SP apart; I don’t have pics of everything, so bear with me please ;).

First, you need a small Philips screwdriver, a tri-wing screwdriver or a 1.4mm flat head screwdriver and an antistatic bag to store the screen and main board while you are working on the case.

OK – right in to it. First take the battery cover and battery out and set them aside (sorry for the bad pics): 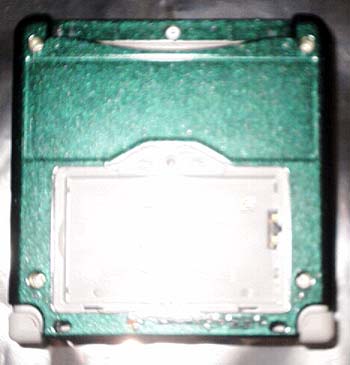 There are six Tri-wing screws here – one is in the battery area, but because of the flash you can’t see it, sorry. Take all six out and the bottom cover should come off easily; be careful of the power switch slider – it might come off.

There is also a square nut that is used to hold the battery cover down – it might have fallen off the board or it might still be in the bottom cover. On the board there are three Philips screws holding it in; just unscrew them and the board should come up a little.

DON’T PULL THE BOARD AWAY FROM THE CASE JUST YET!!!! 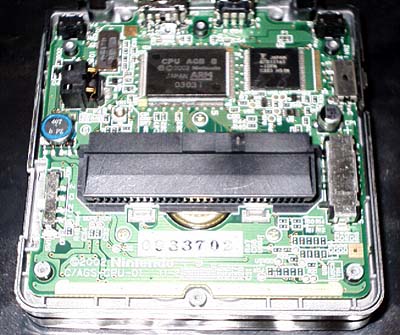 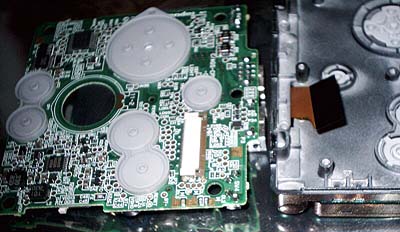 There is a connector that the LCD Ribbon cable plugs into – the brown part of the plug is a lock. Undo that and the connector should slide out easily. After the board is removed, you will see the buttons. They might have the rubber push pads on them (see pic above on the board). Take them out and set them aside. The speaker also comes out; there will be a black paper thing underneath the speaker – take it out also. 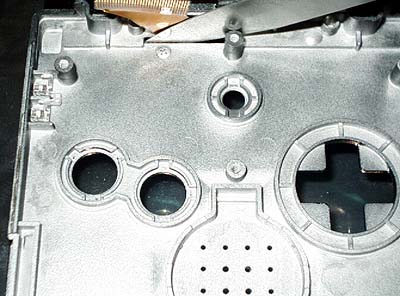 The Screen and upper part of the case is held in by five tri-wings located under the white rubber pads. I had super glued them back after I finished painting my GBA SP – that’s why I didn’t take them back out. 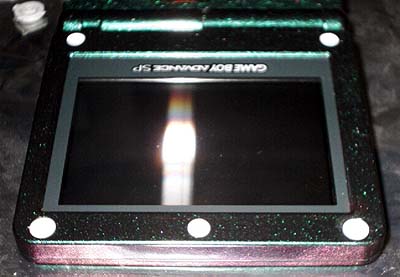 After you take the screws out, the case will come apart and the screen will fall out, as it is just held in sandwiched between the front and back part of the case. Carefully maneuver the ribbon cable out of the hinge area and set the screen aside.

That’s all for now – thanks for taking the time to read this!!

Well, I’ve been getting a lot of emails asking me why I took my GBA SP apart, so I thought I would make add to my guide to explain why. I originally took it apart to paint it: 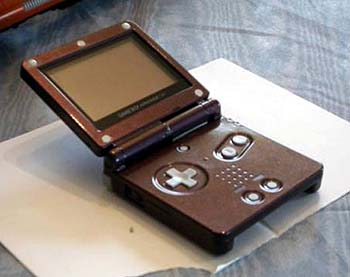 The platinum version of the SP was painted and the paint was very thin and scratched easy after getting a bunch of scratches from normal use. I decided to paint it.

And yes it does still work 😉 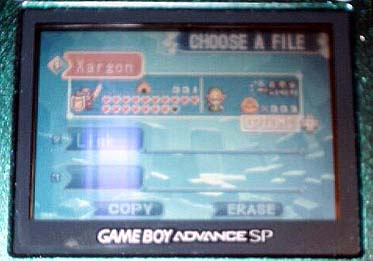 You Get What You Asked For

It seems like we’re getting a lot of people new to buying high-performance computer equipment, so it’s a good time to tell or remind people of good buying habits. When you buy equipment, it’s important to support reputable, competent dealers,

A few days ago, we wrote about AMD price cuts. Well, since then prices have slid a bit more in the United States. The low Pricewatch price for the lower end of AMD’s Hammer line is now: CPU Socket Price

Apple released a beta for its Internet browser, Safari, the other day. I downloaded it and have run it for a couple days, and I have what may be bad news for some: Safari has not crashed. killed, maimed or