Hello, my name is Tanman and I’m a….. Water-aholic. Yes, I’m addicted to water (cooling). Just a little background info about Tanman: I’m a perfectionist who loves to tinker. My motto is: if I haven’t modified it, I just haven’t found the time yet.

My water addiction all started about one year ago while pricing some desktop PCs for work. I was looking through a Tiger Direct catalog when what did I see, but a Koolance water cooled system. I know, I know, all you “hard core” water coolers out there just smacked your heads, but wait it gets better.

Water cooling?!!! I knew it existed, but not in a “catalog” form. Looking back, that was the point where my head went “click” and it was all I could think about. Being as one track minded as I am, I spent the next 3 days finding a “good deal” on a Koolance case. Lucky for me, Koolance was running a sale on the PC2-C mid-tower case (Yes, that gray and white very plastic looking one.) 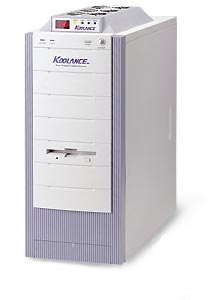 In a week or so I had my Systamax AMD 2100+ (Palomino) computer WATER COOLED! So there it was, ugly as the day is long, but running Kool…so NOW what? OC it baby! I’m sure most of the watercoolers out there started OCing before they water cooled, but not me.

Hello my name is Tanman and I’m an OC-aholic. But that’s another story, I’ll stick to water for now. Needless to say, I was new to OC and didn’t have much to work with in terms of mobo or chip, but it was watercooled!

My need for info led me here to this WONDERFUL site. All the info in the forums here has been like a bible to me. THANK you all that post! Now, armed with lots of info and a need for speed, I went on a spending spree.

My new Koolance case was now filled with some performance parts:

Not too bad if I do say so myself. Top speed with that setup was: 2.363 (posted in CPU data base – the “mod” was mounting a 120 mm fan on top of one of the 80 mm Koolance fans.) Some might be happy with results like that, considering this was only 60 days into my OC addiction, but not me. There were too many of you above me in that CPU database list.

Once again, I would like to kiss the feet of all who post here in the forum – without the information I’ve gathered here, I would probably be buying a Dell, dude. Thankfully, you all saved me from “stock” computing.

The tinker in me figured that the Koolance just wasn’t kutting it, so another spending spree was in order. Since I had just finished making my Koolance case look cool (black and metallic blue paint job with blue laser LEDs and a window installed to show it all off), I was going to have to keep the case and work around the Koolance setup. 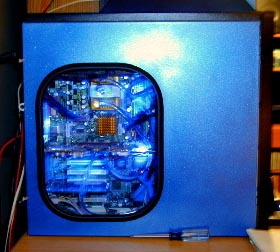 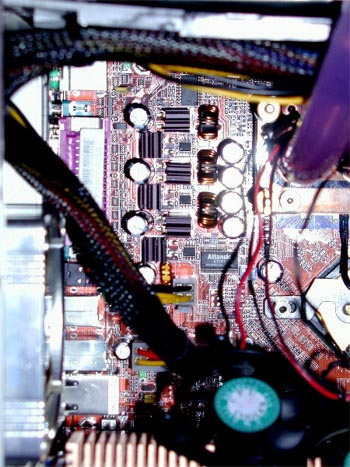 Well, it’s another month or so into my water/OC addiction and the parts list looks like this now: I’ve mounted pieces of an old P 75 MHz heat sink on the southbridge, some of the same on those little plastic looking boxes in the upper left side of my mobo (I don’t know what they do but they sure got HOT!!) 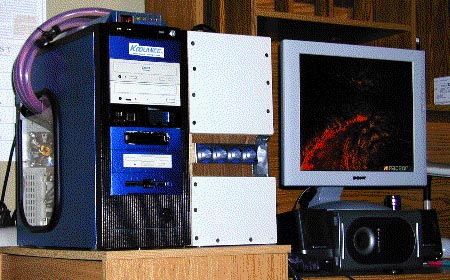 I took the 120 mm fan off the case, got rid of the Koolance CPU block and installed the new Koolance COPPER North Bridge and GPU water blocks (who says Koolance is good for nothing 😉 There’s a second loop for the CPU now (this is where it gets good) which consists of….drum roll please…..

Now we all know even the best radiator isn’t jack without some fan power, so there ain’t no slouches here… not 1, not 2, but 4, yes count them 4, 120 mm 130 cfm fans mounted in an air tight, silicone sealed, hand made shroud, 1.5″ off radiator in a push/pull style (Announcer pants for breath…)

Anyone who goes big knows you need to keep some in reserve just in case, So in reservoir, we have the clear acrylic Bay Reservoir.

Now it all comes down to this…our first string CPU block (Koolance 200 gold with 1/4″ tube and 2 mouse sized pumps) just wasn’t cooling it, so I brought in the back-up: the one, the only….White Water!!!!!!!! (DTech poly top).
{mospagebreak}

Well, there you have it, one year and many, MANY hundreds of dollars later, my rig: 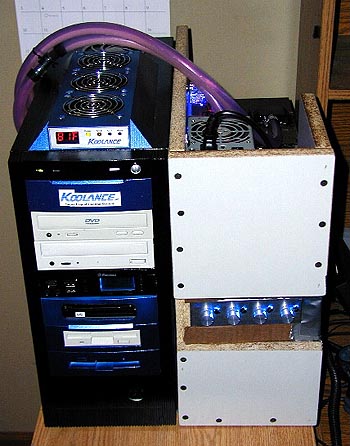 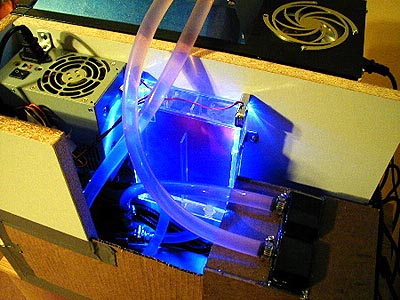 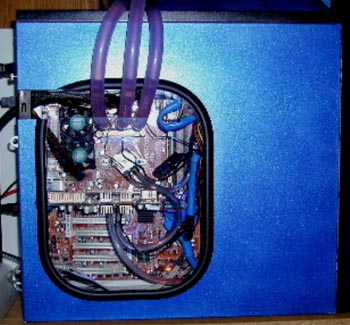 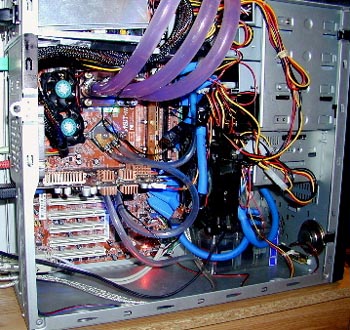 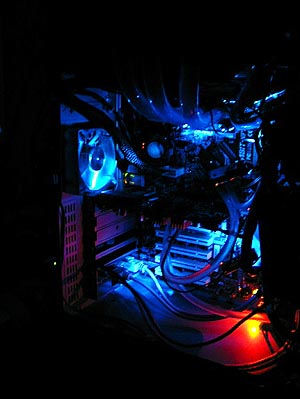 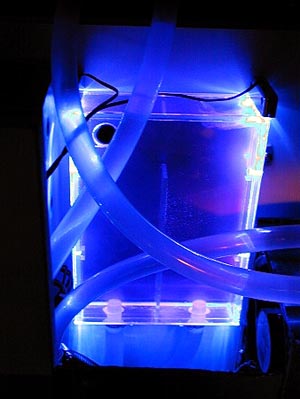 So far the water case is just a prototype – I made to see how much space I needed. I was just too impatient to see it work once I had the proto together that I decided to hold off on the “final” case design and installed the proto. Even 2 days after I have it together, my mind is already redesigning it as I type.

I have a thermal monitor mounted NEXT to the chip die. That worked OK on my old block, but I’m having some trouble with the White Water block and the monitor, so these numbers may be a little off. But with the Koolance block running at 2.03v @ 2473 MHz, my monitor read 49.2C idle 56.2C load (Prime 95) and the PC health screen in setup said 65C or so (load).

PS: Good thing there is a drought – I NEED to pay off the Visa!!

PPS: Note to DTech WW buyers: You’d better hope the 3rd batch gets a better lapping job. Before I hand lapped to 1500 grit, the base of my WW had ridges that not only COULD you feel with your nail, but ridges so deep I could FILE my nail on IT!


Overclocking with the A7V

I got a Duron 650 and an ASUS A7V (without Audio) yesterday. And yes, the A7V has the extra DIP switches. The Duron is not locked (all the L1 bridges where closed). So I installed the board, Duron and an

Thanks! First, let me thank all of you who wrote AMD when I asked, and who sent me copies of their “answer.” It sure took them long enough, but AMD finally came up with an “answer.” Does it answer the