“The goal of this project was to build the most powerful system possible, capable of pulling world-class benchmark results” – Gautam Bhatnagar

The goal of this project was to build the most powerful system possible, capable of pulling world-class benchmark results, but at the same time provide reliability and day-to-day usability, an odd balance that you don’t hear of very often these days.

The CPU was cooled by a Prometeia Mach II. The diehards know that technically one can get colder, but for all practical purposes it most definitely succeeds at providing excellent performance, along with low noise levels, at a reasonable price if you shop around. The Radeon X1900’s are beautiful performers as well; however they have one major flaw that makes them frustrating to overclock – their noise level.

From the factory, they use screeching fans and heavy copper heatsinks to cope with their massive heat dump. Thus, there was one obvious solution – use liquid cooling to allow for a much larger surface area coupled with the large specific heat capacity of water. Also one can use larger and quieter fans on the radiator.

But liquid cooling has its own flaws – the most conspicuous of all in this case is its size and weight. The system is to be built inside a CoolerMaster WaveMaster. Although the case is very sharp looking, it’s also nothing more than average sized and quite constricted inside. So, here is the breakdown of all the components used:

Now that the challenges are laid out, let us proceed straight to the pics! Here are the victims in question: 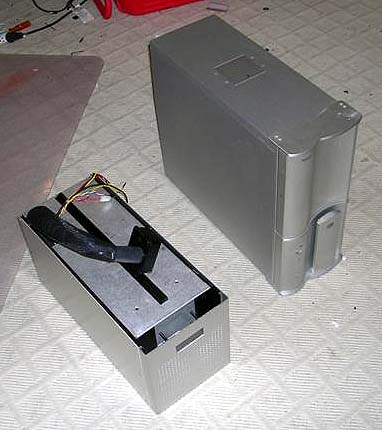 In order to mount the case on top of the Prometeia, I had to cut a small hole in the bottom. I haven’t touched a Dremel for years, so please excuse the sloppiness of my cuts: 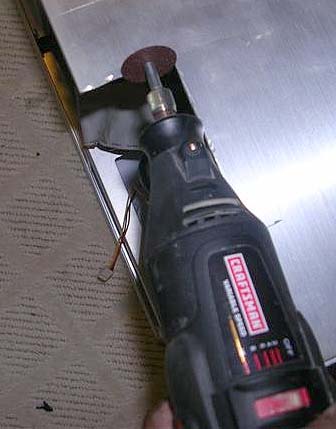 Next mod to the case that needs to be performed is mounting my Swiftech MCR220: 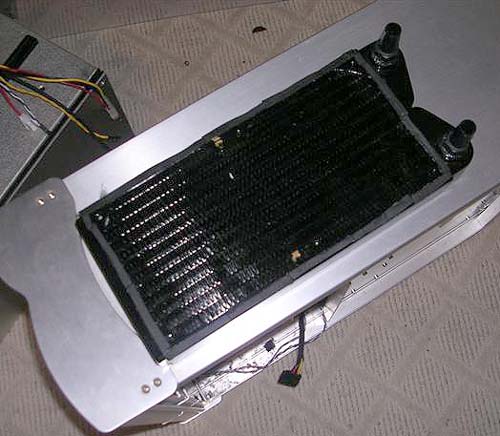 Here’s a test mount of how it will be placed inside at the top in the first optical drive slot:

Using a 4.5″ hole saw, I cut two blowholes for the fans in the top of the case: 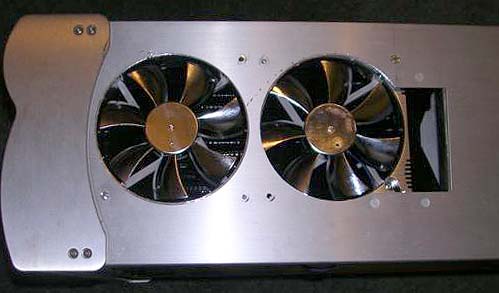 With the major case modifications complete, we proceed to prepare the video cards for the liquid cooling. Here are both of the X1900’s with the Swiftech MCW60 blocks mounted and Thermaltake BGA ram sinks: 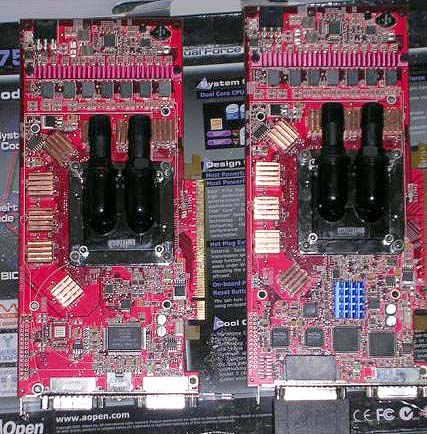 At this point my patience wore thin. Although it was still rough around the edges, I assembled the system. The jungle of cables still needed cleaning: 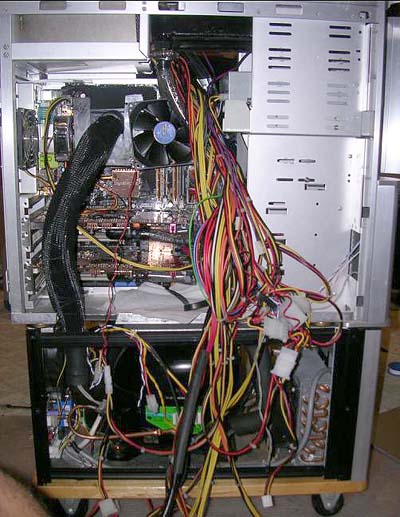 Next was to tidy things up. Here is how the system looks with the case closed… 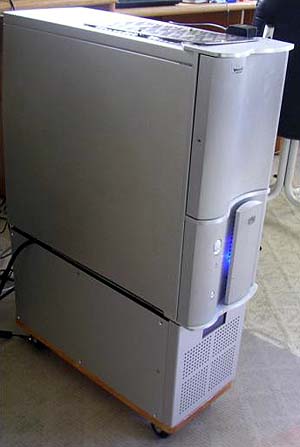 … and from the front:

In order to cover up my sloppy hole saw job, I used a RadGrill on the top of the case. After seeing it being mentioned by fellow forum member catkicker, I decided that I just had to have one. Hopefully you can see why. Please excuse the mess of cables on the floor: 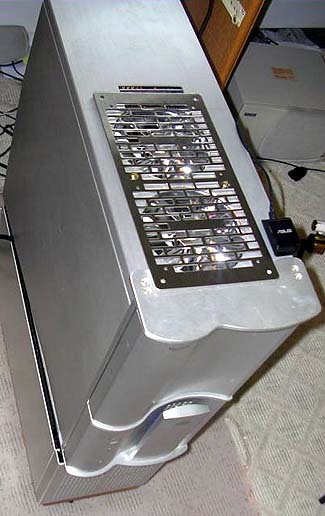 The system is complete, and as we will soon see, it successfully met my goals. However, it is still less than perfect in terms of practicality, as can be observed by the effect it has on a bathroom scale: 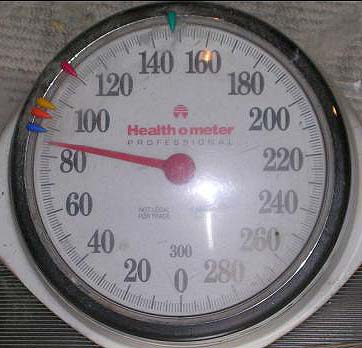 Eighty five pounds of pure bulk makes it rather difficult to move around. In order to partially rectify this, I used a polished wooden platform with wheels underneath to cart it around:

Now the part you’ve all been waiting for – putting the system to the test. It’s about as practical as it could ever be with such cooling capabilities, but how does it perform?

On its first night, I did a quick SuperPi 1M calculation to roughly gauge the processor’s maximum clock: 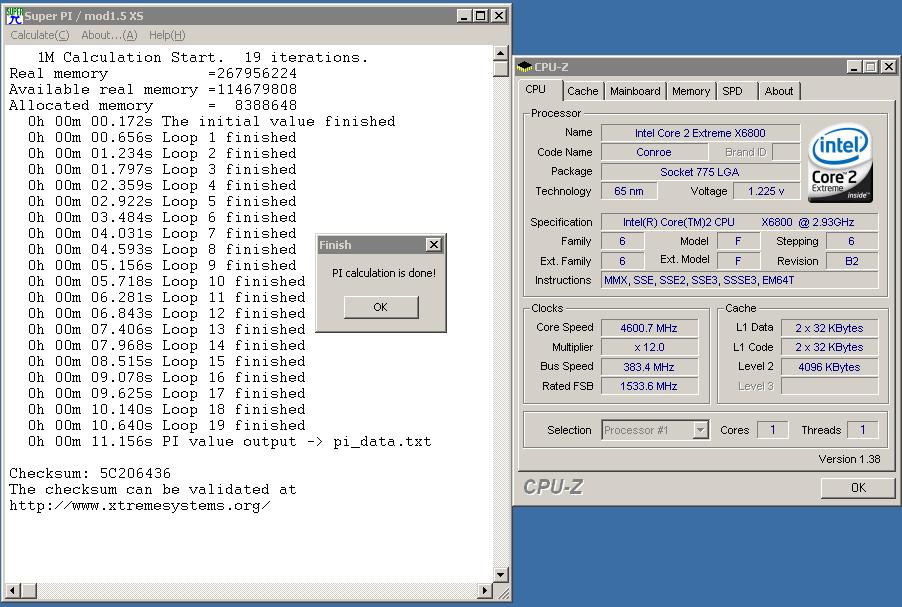 A very respectable “suicide” clock for what is meant to be a 24/7 ready system.

And then to test 24/7 stable speeds; “Blend” calculation in StressPrime for close to 11 hours – good enough for me in ensuring long-term stability. Running at 4.2 GHz, it is easily one of the fastest running CPU’s ready for daily usage: 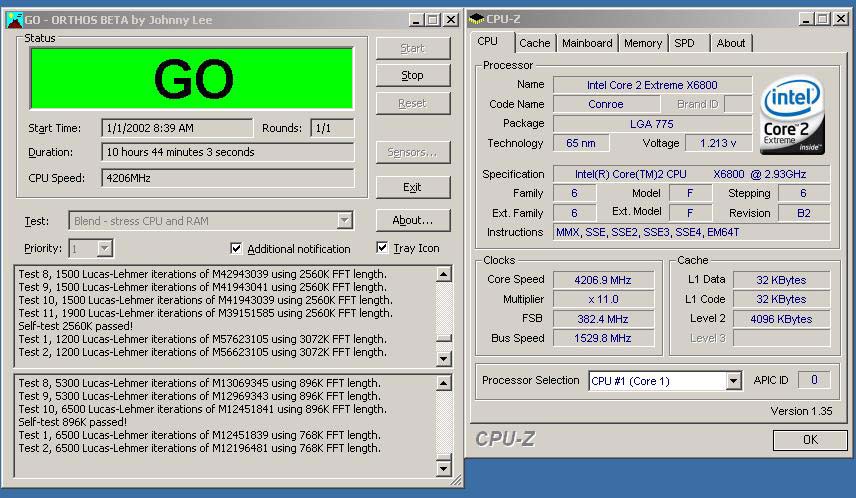 But what to do with all that CPU power when not gaming or benchmarking? Helping Stanford University find a cure for cancer seemed like a good start. Here is a quick test run of [email protected] on a beta work unit conservatively clocked at 4152 MHz instead to eliminate even the slightest chance of instability: 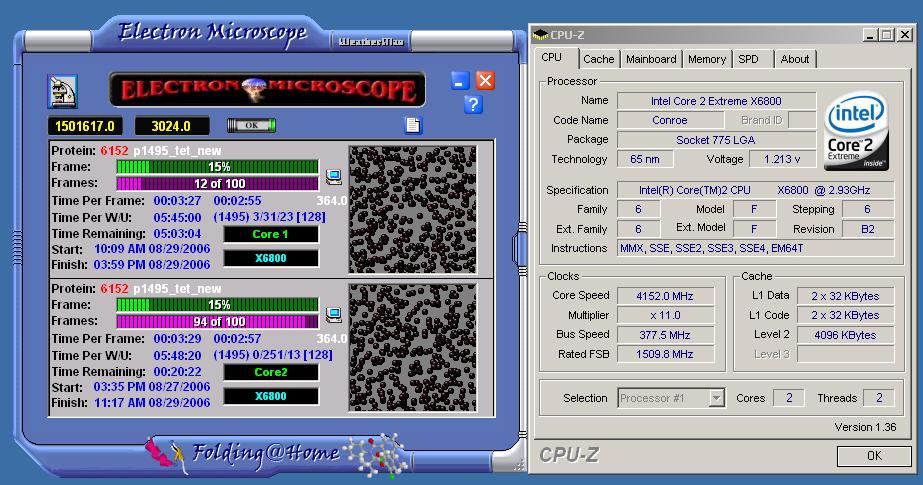 And now for the fun part – I proceeded to subject it to a battery of tests from Futuremark’s entire suite. The results were very favorable, placing the system in the very highest bracket of performance on a worldwide scale, taking no less than three Hall of Fame Top 5 spots, and even a first place PCMark05 result.

At the time of this article’s publishing, the results probably will have dropped a bit lower, but still within the top 20 worldwide in all categories. What sets these results apart from the others it keeps company with is that all of them were done in a very stable and repeatable condition: 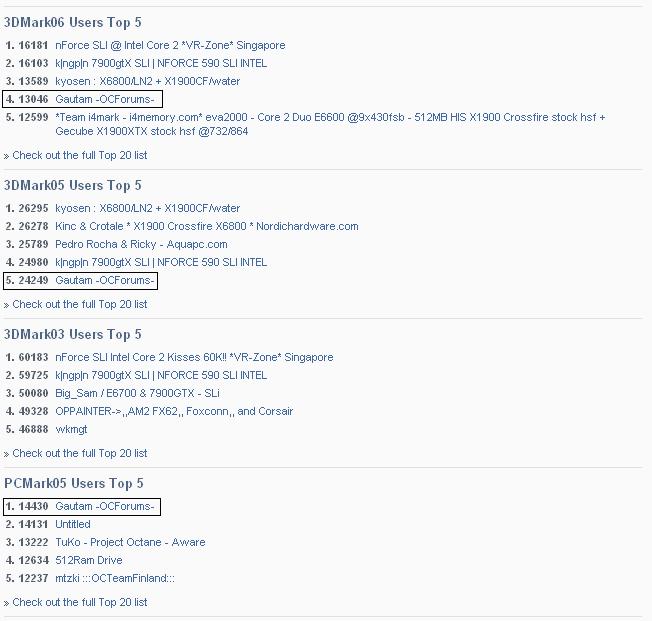 Thank you for reading my article. I hope it was enjoyable and informative.

As long as “shooter” games have been around, I have been playing them. I’ll never forget the day I got my first real sound card and sub woofer/satellite setup. Once again, I was aghast at what marvels technology could conjure

Crawling Back Into The Ring

Ever since Intel’s Prescott was introduced to the world, our opinion on buying Intel processors has been quite simple. No. Just no. They were literally too hot for the average overclocker to handle, and the results they produced for the

What Is Intel Up To?

The Inquirer says they’ve heard that Intel is putting the word out that they’ve solved their leakage problem at the 45nm level. “Solved” is a very big word that can cover a lot of ground, so a little some skepticism