SUMMARY: One for Mom. 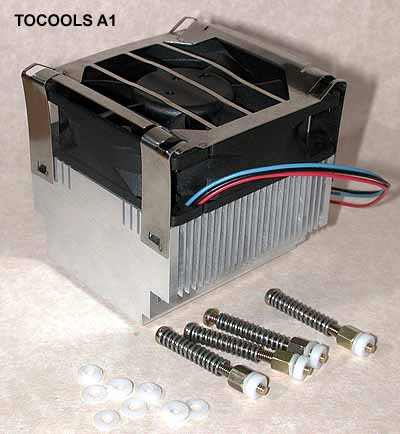 The good guys at TOCOOLS sent me a sample of their Socket A heatsink, the TOCOOLS A1. TOCOOLS is a new face on the heatsink market. This is an all-aluminum sawed heatsink which uses spring loaded bolts to mount on a Socket A motherboard (you must remove the board to mount the heatsink).

The fan clips onto the heatsink with a thin, stainless steel strap. I found the three guard strips to be fairly delicate – it’s very easy to bend them so that when you power the fan, it interferes with the blades. Easy enough to fix – just pull up on the offending strip. 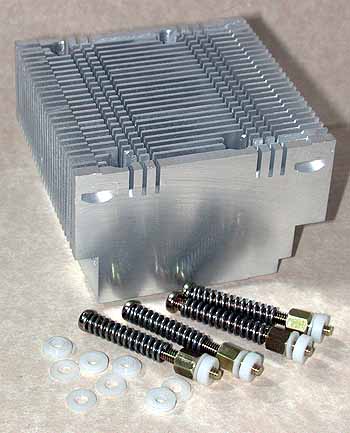 reveals the grooves into which the strap snaps to hold the fan in place. The mounting bolts includes two types of washers (top hat and plain) to insulate the brass standoffs from the motherboard. On some boards (such as Iwill’s KK266+) the holes are too small, so the plain washers are required.

The fins are nicely spaced for airflow through the heatsink. 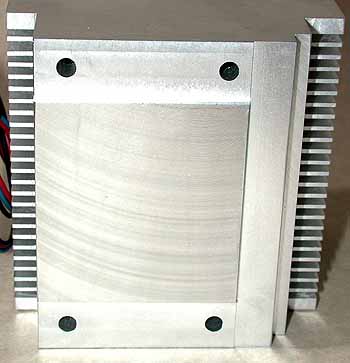 needs work – there are visible polishing marks that can be felt by dragging a fingernail over it – no question it will detract from performance. It’s fairly hefty – measures 12mm thick.

The TOCOOLS A1 was first tested on the CPU Die Simulator which gives results that are unaffected by motherboard influences. I then tested it on an Iwill KK266+, modified to read AMD’s on-die diode, as an example of what users might see on their systems.

Die Simulator results place the TOCOOLS A1 in the mid rank of heatsinks (Heatsink Ranking). The base finish detracts from performance – a better polish would do some good. However, this is an aluminum extrusion, and in the world of copper, it’s lagging on performance.

I would not call the TOCOOLS A1 a performance heatsink – in today’s market, C/Ws greater than 0.35 are not making the cut. However, it’s not too noisy (the fan is not high pitched) and mid-pack performance is not bad, so it could be a good solution for a relatively quiet, “normal” setup.


Cooling the Shuttle XPC (The Toaster)