We reported last year on Ubuntu as a promising alternative to Windows. With Vista generating a less than enthusiastic response among PC users, some seeking an alternative will be pleased to know that Ubuntu is releasing another version called “Feisty Fawn”. As Canonical reports:

“The latest version of Ubuntu includes the following new features:

Ubuntu continues to evolve – with new versions coming on a six month schedule, it may be THE Windows alternative.
{mospagebreak}

“Dell has finally chosen a Linux distribution to offer on its desktop and laptop machines. Following news that Michael Dell was running Ubuntu on his personal laptop, the company has followed suit and from late May Dell machines will ship with Ubuntu 7.04 as an option.”

“According to our sources, Ubuntu will be released on a Dell e-series “Essential” Dimension desktop, an XPS desktop, and an e-series Inspiron laptop.”

For more on this and comments by potential customers, see the Direct2Dell Blog “Dell to Expand Linux Options.”


I’ve been using the latest version of Ubuntu 7.0.4 aka “Feisty Fawn” and have to say that it is a strong step up from the last version. Included in this release are Open Office and Gimp (Image Editor) pre-loaded, along with games and multi-media software – pretty much everything you need to get started.

Installation is easier than Windows – I did not time it but it took about 15-20 minutes after answering maybe 5 questions. I did find that it took 2 times to do a complete install – it hung up and I had to restart. I also found that after installation it did not like my CD ROM – I used another one instead; it also does not like Canon Lide scanners – this is a known bug I hope gets resolved.

Aside from these annoyances, I still find Ubuntu faster on downloads than Windows. Further, the pre-loaded apps are fine substitutes for what you usually find pre-loaded on new PCs (notably absent is ALL the pre-loaded marketing software typically found on new PCs). However, let’s face it – there are TONS of software that is not going to run on Linux, and in these cases a dual-boot machine is really the only answer.

If you think Linux is still the preferred OS for the Linux geek, I think Ubuntu has changed the metric – it’s a lot more user friendly than others I have tried and in the latest version, I found that Ubuntu 7.04 handles videocards very nicely. You can set it up so that the menus become “wavy” – I took a video of this HERE..

Not enough? I have not yet tried this, but implementing BERYL for Ubuntu will give you a desktop experience that, to my eyes, is more attractive than Windows Vista – check out these two videos on YouTube:

A couple of features I found handy: Pre-loaded is a Screenshot utility: 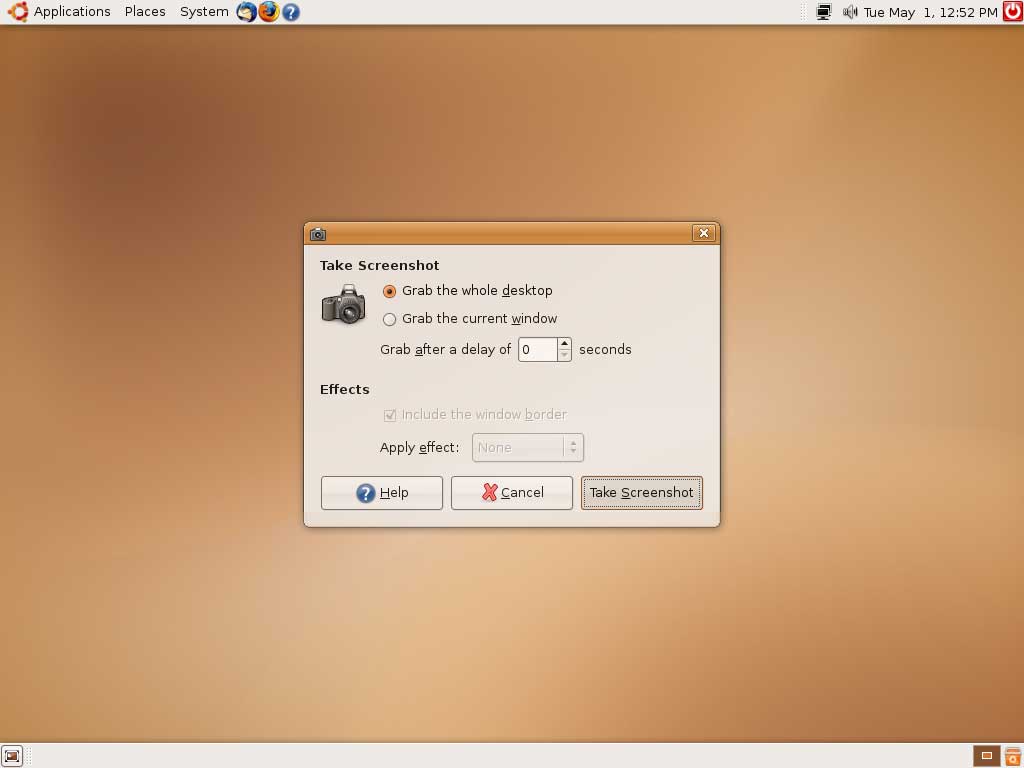 The Help Utility is quite handy and IMHO clearer than what I’ve seen on Windows:

Dell’s embrace of Ubuntu is a big step forward towards offering a substantive, well-supported freeware alternative to Windows and Apple. The over-arching hurdle still remaining is the chicken-and-egg software problem – until software and drivers are routinely written for Linux, users must resort to dual-booting systems (WINE is an imperfect, limited option).

However, it seems to me that a dual-boot system which uses Linux for as much as possible (particularly for the internet) and reserves a version of Windows for legacy software is a very credible option which is lower cost and more secure than a full-blown Windows system.

Be True To Your School

Most of you have a good deal of sense when it comes to choosing between AMD or Intel. You look at what you value most, and you choose based on those values, which usually are at least somewhat reasonable. Most

Has The World Changed?

Missing The Boat I’ve been looking at these Northwood vs. Athlon reviews. Unfortunately, lots of data, not much useful information. There is no point generating reams of data for just configurations nobody will use. No real hardware enthusiast in his

The other day, we pointed out that quad-cores were a waste were a waste for just about everyone now and anytime soon. Well, during the IDF, Intel did another captive benchmark series on its foursome, and could only find three