SUMMARY: Extremely thorough test for both RAM and system integrity. 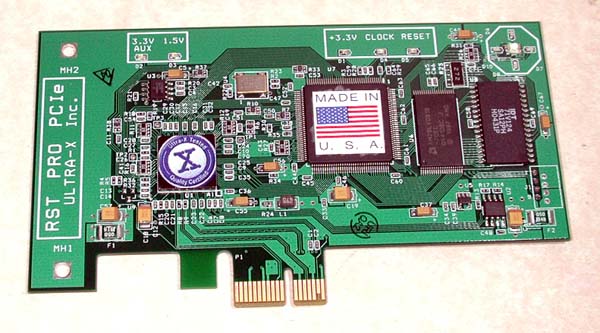 The good guys at Ultra-X were nice enough to send a sample of their RST Pro PCI Express ™ memory tester to use in evaluating PC RAM.

RST Pro PCI Express utilizes over 100+ standard and proprietary algorithms to test for both base and extended memory (up to 64 gigabytes). RST Pro provides a graphic display to pinpoint the exact location of memory failures down to the chip level and even pinpoints failure locations inside the chip. RST Pro PCI Express supports the latest FB-DIMMs, SIMMs, DIMMs, RIMMs, (SDRAM 66-133, DDR-266/333/366//400/466/500, DDR2-533/667/800, RDRAM(RAMBus), SRAM, ECC, Parity and Non-Parity) memory technologies.

What’s different about RST Pro is that it’s a self-boot card so that there is no interference from any memory drivers, TSRs, Operating System limitations, or Windows protected mode; it runs complete testing in its own protected mode, which means testing can be run at the maximum possible speed while performing low-level memory testing and validation. This type of testing can uncover failures that may not show up at boot but may lead to quirky behavior under stress, such as while running games or cycle-intensive apps.

I’ve used an earlier version of the RST Pro tester (an example HERE) with great success.

The card is inserted into any PCI-e slot; however, it may not boot and if so you’ll have to change some setting in BIOS – I found with an Asus P5WD2-E Premium that it recognized the Ultra-X card as a boot device and I had to change the Boot Order to get it to boot first; after that, no problem.

In use, the card’s LEDs light as shown above – there is an LED cluster at the right side of the card which indicates that the tests are in progress – a nice addition as sometimes the RAM under test may freeze and it is not immediately evident, as some test patterns will not display any progress for some time.

I took some screen shots to give an idea of what information is captured and the tests included.

The menu is pretty straight forward – there are a number of sub-menus as well – I’ll hit some of the highlights. 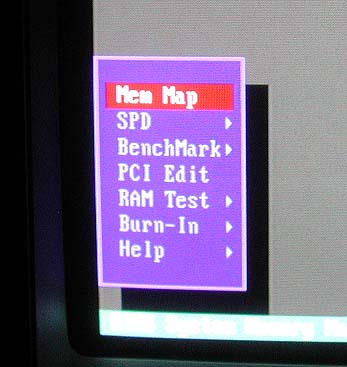 The RST Pro reads out all the detailed information available on the RAM under test – in this case 512 MB of Crucial’s Ballistix (CL1115-Y): 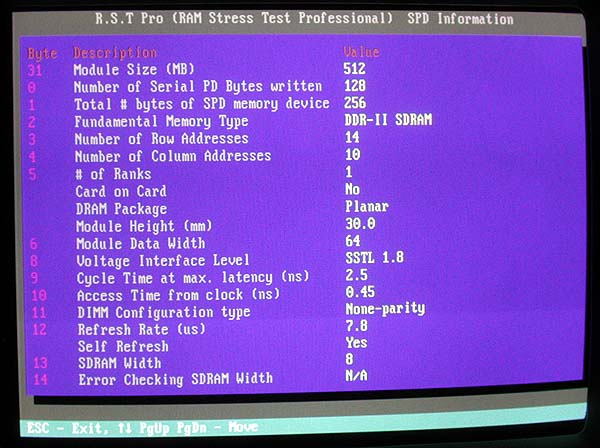 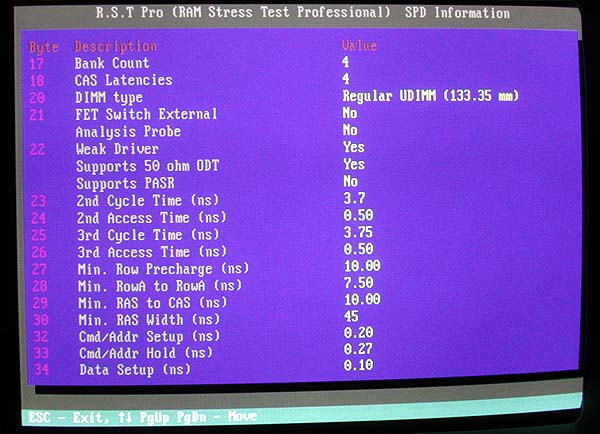 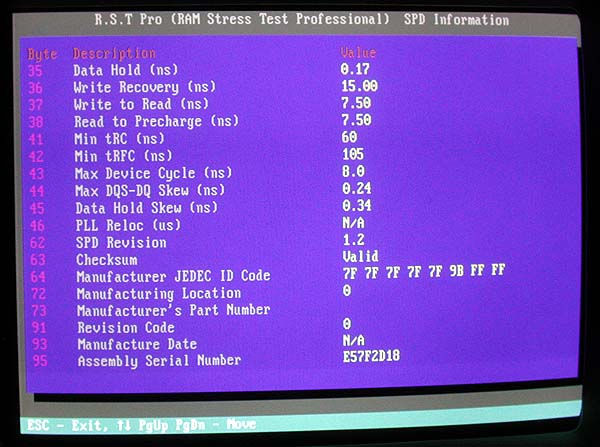 The Memory Test Patterns are shown in the following screen: 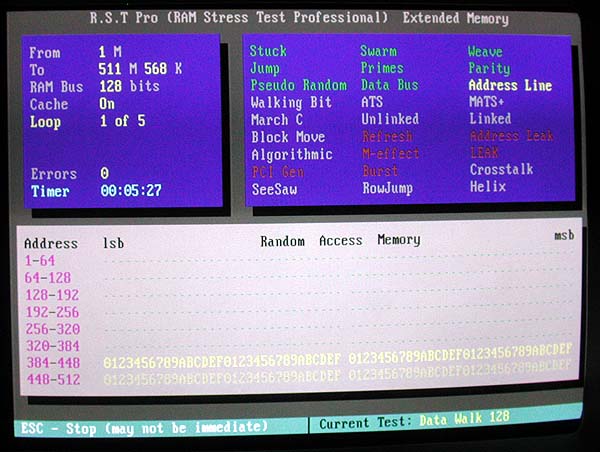 When there is a failure, the location is identified in red.

Finally, there is a PCI editor which allows you to change certain registers without having to go into BIOS and reboot: 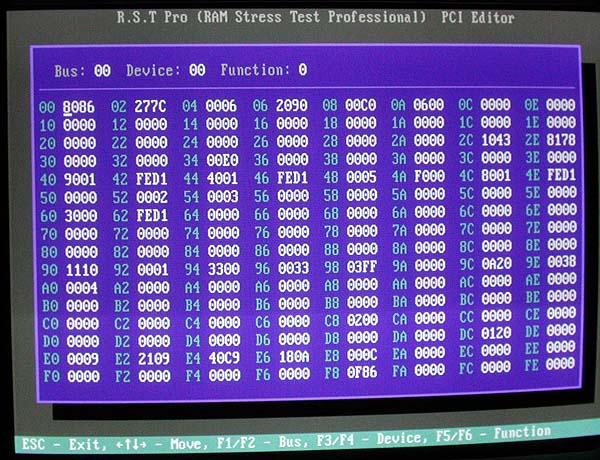 I’ll be testing some RAM and will report back on test results soon. I have found Ultra-X’s products to be quite robust and an extremely thorough test for both RAM and system integrity – worth a look!

AMD will supposedly introduce 2700+ and 2800+ processors October 1. This is a little hard to take seriously when we haven’t seen 2400+ and 2600+ processors yet. We haven’t said anything about that since AMD did say the processors wouldn’t

The Inquirer has an article about the revised power requirements for boards that are supposed to support Prescott. For those of you without current 865/875 mobos who are wondering, “What’s the big deal about this?” perhaps a few graphs will

This article is a compilation of my thoughts on all the games I purchased in 2007. There are a few good titles missing, namely Call of Duty 4 and Bioshock. But I presently play COD4 on the PS3 and after