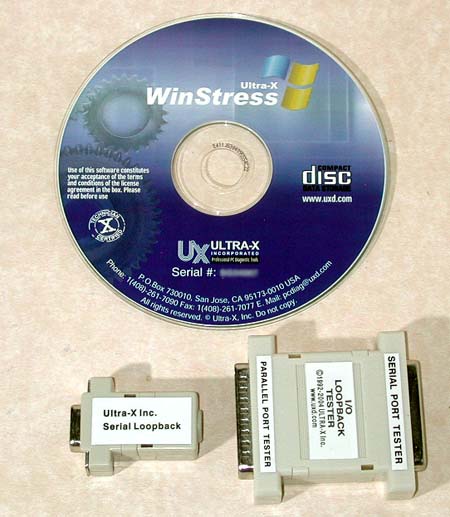 The good guys at Ultra-X Inc. were nice enough to send a sample of Ultra-X WinStress. This is a CD based test suite for Windows OSs (Win9x/ME/NT/2000/XP). I have used Ultra-X’s P.H.D. PCI2 and RAM Stress Test Professional 2 (RST Pro2)
diagnostic test cards with great success in testing motherboards and RAM. These are PCI cards that stress test and identify hardware problems and should be an essential tool for serious product testing; for PC techs, these cards can save time in solving hardware problems.

WinStress is a less costly test suite ($99) for technicians and individual users which performs the following three major functions:

Stress Loading is of particular interest, as it’s designed to push any system under test to its failure point. This is particularly valuable to system builders and others who are interested in burning in and optimizing performance. As a test suite to find problems, it’s invaluable. Included with WinStress are loop-back plugs for serial and a parallel port testing.

WinStress is a great tool to evaluate system stability under overclocked conditions, something of interest to our readers. Stress tests can run in looping mode for as long as you wish or until the system crashes.

You can customize test so that, for example, the only thing you stress is the CPU. I’m going to do some more testing on this shortly – my test platform is currently occupied, so I could not use it.

When finished, it can generate a complete report of the system with data on Display, Devices, Drivers, Network Configurations, APM, Media, Workstation, Operating System, CPU, Memory, Database Engines, and Printers. Phew! If there’s a problem, this test suite is going to find it. WinStress is a great way to burn in a new system.
{mospagebreak}

Upon launching the CD, the following screen appears: 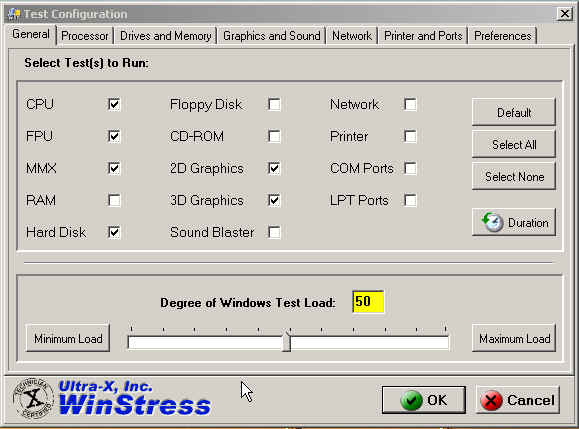 Here is where you select the test to run – note also that the stress level can be set from 1% to 100%. I’m going to do some more testing on CPU stress testing shortly. 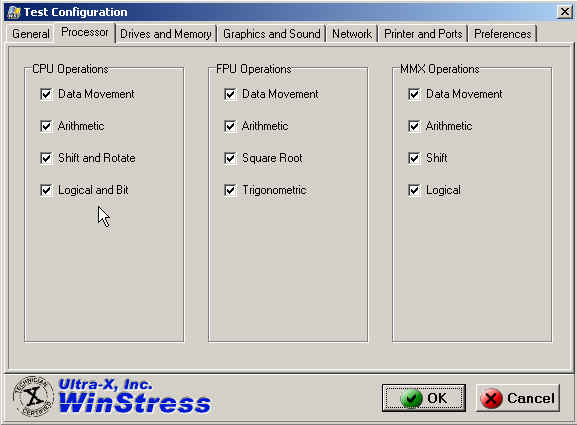 Drive Testing – why anyone would test a floppy is beyond me, but it’s there. 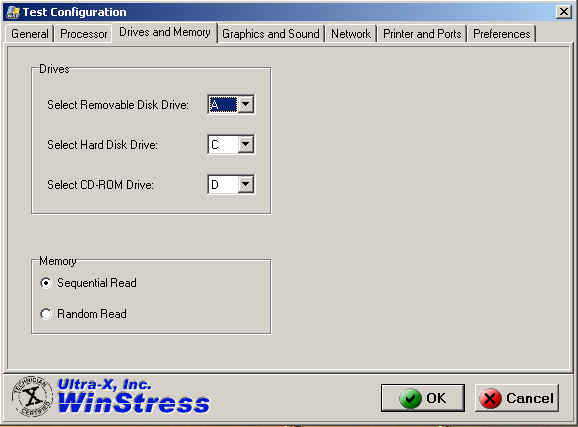 Graphics – note that you can run any test files you might have – a neat feature. 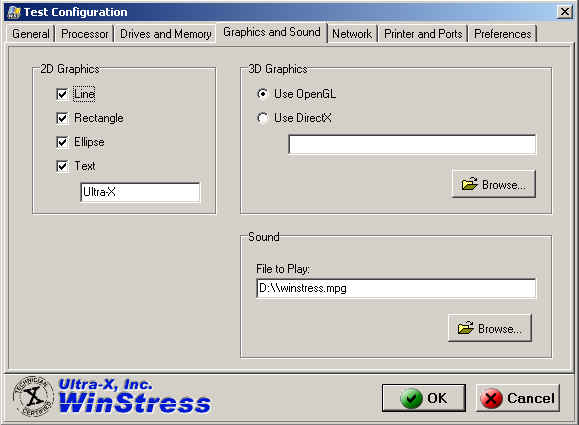 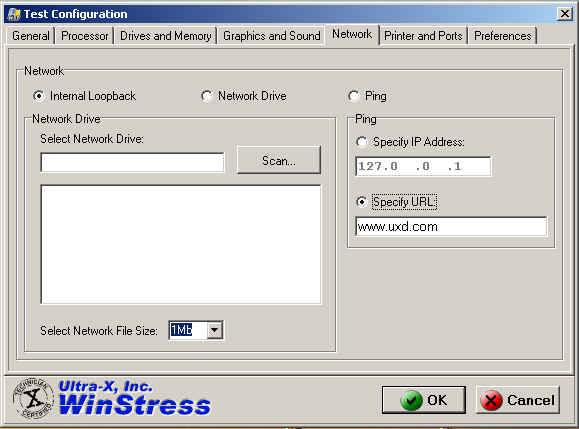 Printer and Serial Ports – here is where the loop-back plugs come in. 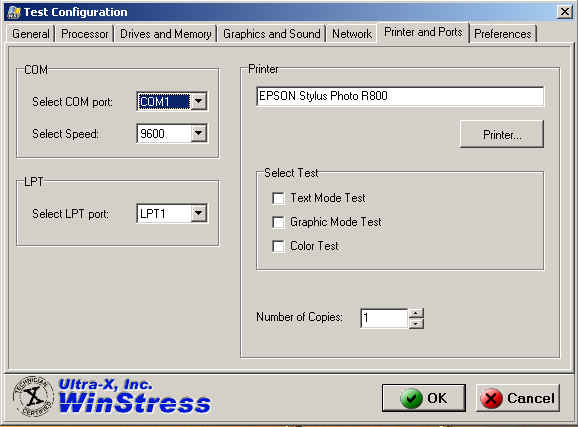 And finally, users can set the test parameters: 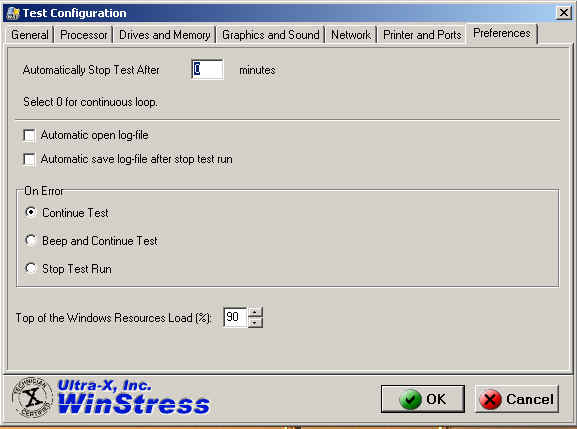 When stress testing is selected, you’ll see the following screens: 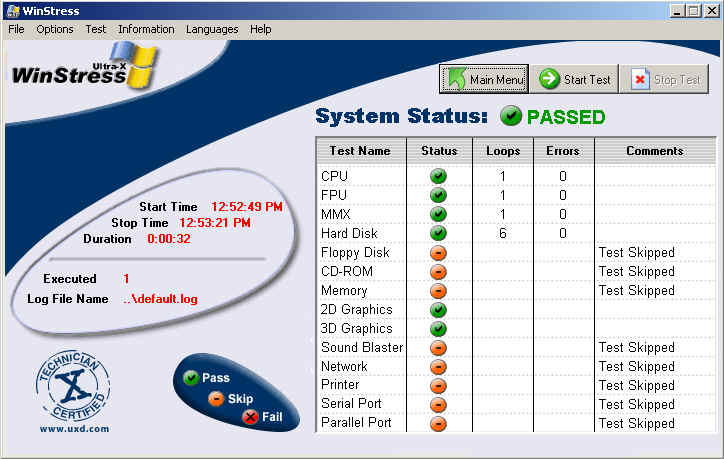 This is the summary screen – it shows the status of each test element as it’s running. Note also that you can save results into a log file – handy for reference purposes and a good way to document a system’s performance when delivered or repaired.

These are the individual test screens – when running, there’s lots of movement among the screens as testing proceeds: 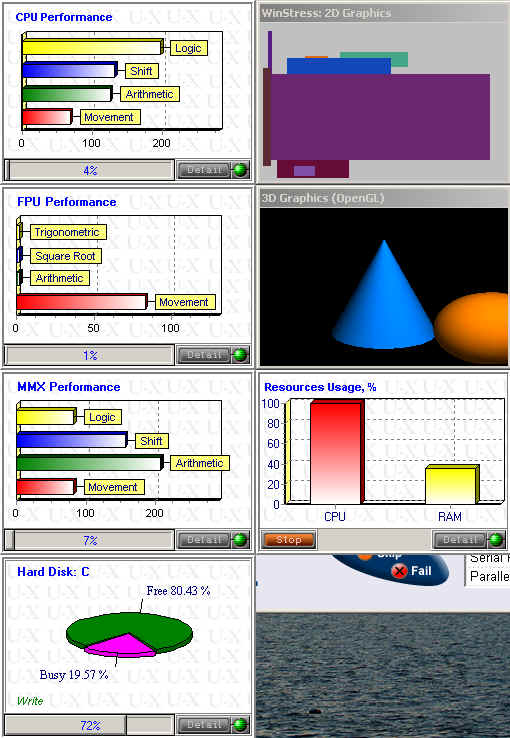 Quite a show!
{mospagebreak} 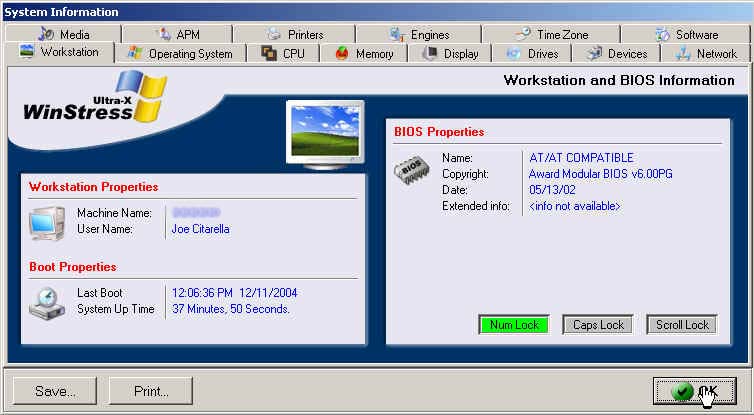 shows some general data (I blurred specific data). The next screen 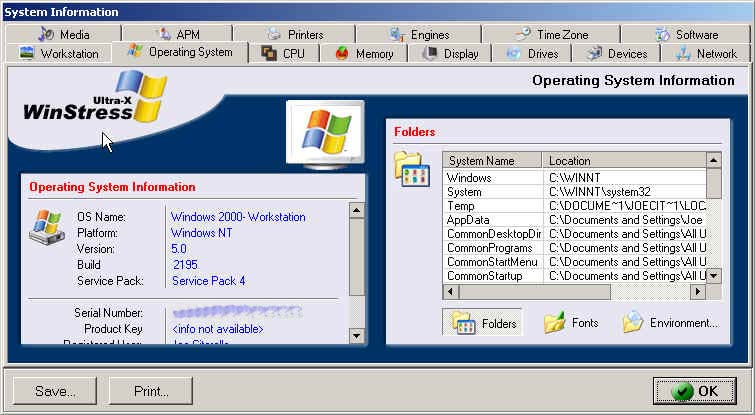 shows particulars for the OS. Next are 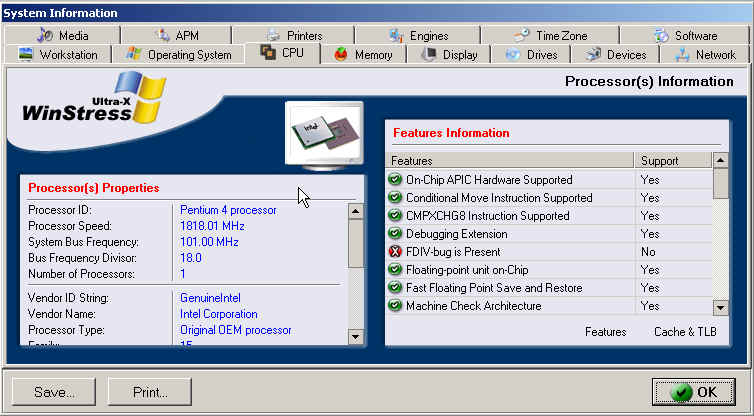 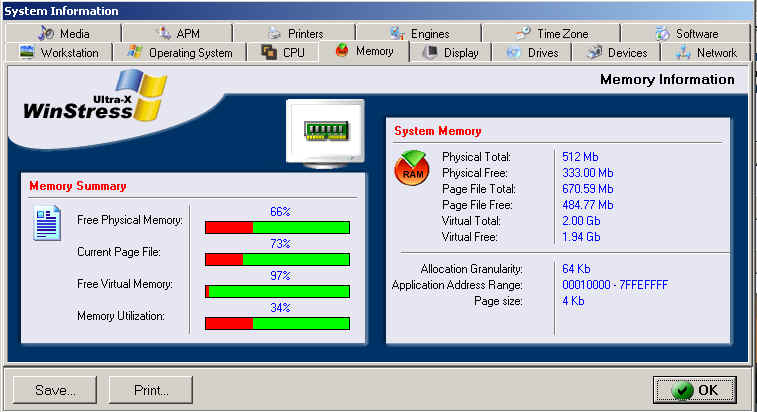 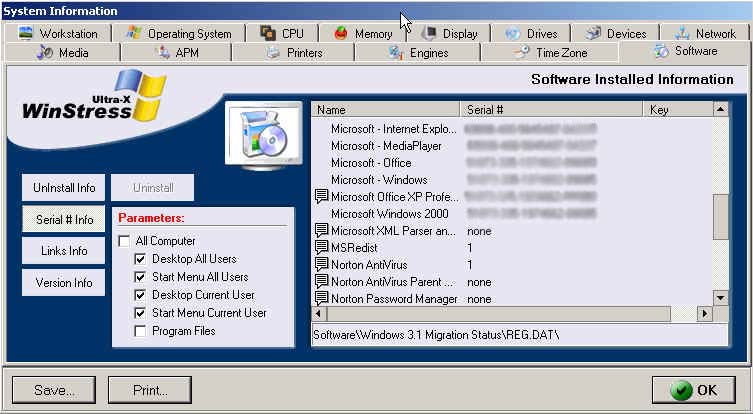 This is very handy, as it lists in one place all version and serial number data for installed software.

Finally, you can Save, Open and Print the test logs run:

In addition, you can save test configurations so that you don’t have to set these up every time you run a test on a system.

Overall, Ultra-X’s WinStress test suite is a very complete package to burn-in, identify problems and test Windows PCs for stability. For setting up and running mission critical systems, WinStress is a great test package. For system builders, WinStress is a handy tool to burn in and certify performance. For those of us who are called upon by friends to help them with their PC problems, this product can save a lot of time.

Thanks again to UXD for sending this our way to test out.

FreeOCR.net is a compact OCR program that works at the right price – Free!