I was fixing this thing and noticed that this seemed to be one of the more common ways for a USB port to break, so I started taking pictures: 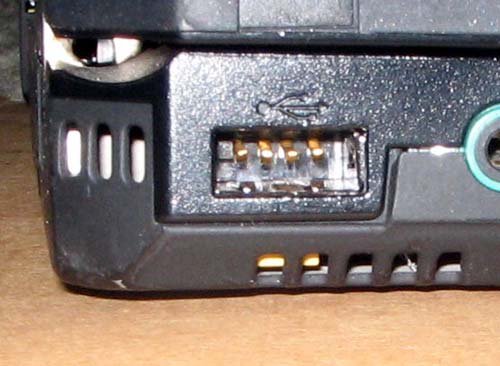 Notice the plastic tab is missing. The previous owner had attempted to insert a cable lock into it and was rewarded with incredible failure. That picture is after I unmangled the contacts and the metal casing, using very tiny flathead screwdrivers.

At this point the USB port works, but nothing stops you from plugging devices in upside down, which causes miniature power surges that require you to reboot the USB or something crazy like that. I needed a replacement tab, so I rip and teared one out of an old computer: 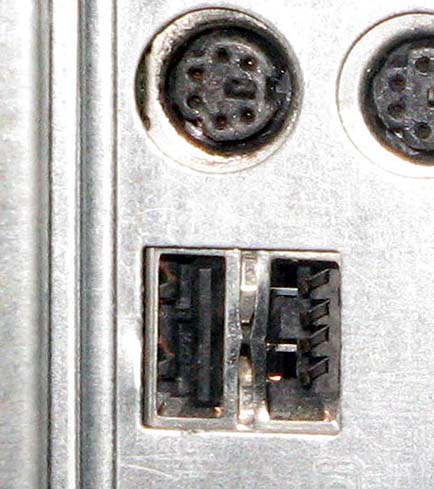 The method for doing this is basically to bend the tab back and forth using a screwdriver or something similar, which eventually stresses the plastic enough at its base so that you can pull it out with needle nose pliers – probably something like delivering a baby. 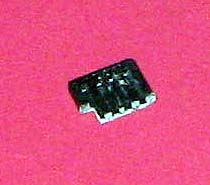 That’s a bottom-rear view of the tab. Those four grooves on its underside are where the gold colored contacts are supposed to sit. I cut out that chunk to the left because there’s a corresponding chunk in the laptop’s port left over from the old tab. 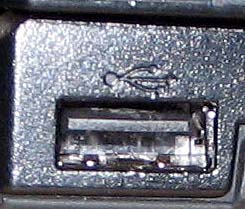 A test fitting, by sliding the tab straight in. It’s surprisingly secure, owing to the tight fit between the contacts and the grooves in the tab. I had a little bit of trouble getting it back out, and I doubt it would go anywhere unless you actually plugged something in and back out, and who would do that??

A side view cut-out. These… 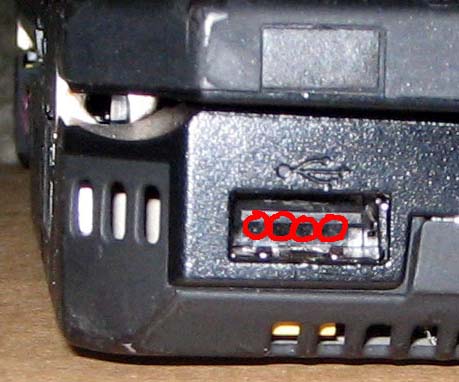 …are where contact with the male plug is made, so it’s important that they cleanly stick out from under the tab. After I verified everything was okay, it was time to think about how to permanently attach the tab to the port. USB ports get plugged and unplugged often, so I needed something that would hold up.

My plan of attack:

The red surfaces represent areas to put glue (in my case epoxy, because it’s more flexible than superglue when dry). The attachment point at the very ends of the contacts are actually the stars of the show; the connection at the base of the tab will be prone to breakage due to all the leverage against it, but even if it does break, the contacts themselves will hold on to the tab and that connection will never give in a million years, unless you use too little glue – when gluing, make sure not to get it all over the contacts.

Guess that’s about it, another Saturday night well spent!

Ring Out The Old Or Ring In the New?

For those who were looking for a component-laden Christmas, things aren’t looking too hot. On the Intel side, it’s coal for Christmas, but given that it’s been The Year of Coal over there, that’s hardly surprising. That leaves AMD, and

Just about all of you think your DDR systems are wonderful, fast and stable, and you had no or practically no problems with them. Most of you had AMD760 boards. Some had the MSI Via board, a few had Ali