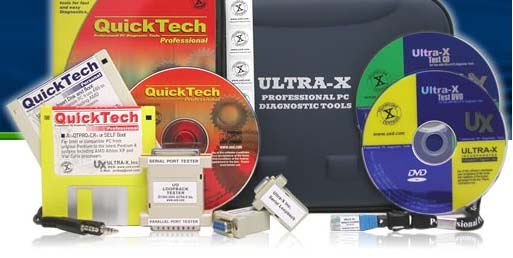 UXD was nice enough to send a sample of their Quick Tech Pro system diagnostic software suite. This is a software version of the P.H.D.PCI2 which contains many of its features; most notably lacking is the ability to do a forced start – this can only be done with the hardware version. Similar to the P.H.D.PCI2, you can boot-up the test routines directly without the OS, although you can run tests also from the OS (running DOS). The test suite has multiple uses – it’s not only for debugging:

The test suite accomplishes the following:

This is not “all or nothing” testing – you can set test parameters such that only one or a few items will be tested. It displays up to 65 pages of system information which will detail the number of devices, brand names and serial numbers – handy for documenting what’s in a system prior to turning it over to a customer. This is particularly useful when you sell items on eBay – great way to document what you sent out and what you get back, if returned.

Other information includes DMI/SMI, PCI, PnP, APM, ACPI, ESCD, BIOS 32, IDE, SCSI and RAM. This information can be viewed on screen, saved to file, or sent to a printer.

Basically, whatever you want to know about a system or to test any component can most likely be handled by Quick Tech Pro. In addition, the rigorous test routines are perfect for a full system burn-in. Running something like Prime95 only exercise a portion of the system; Quick Tech Pro’s test suite stress tests just about everything that can be tested (note that tests are sequential). As a burn-in tool, it can run for as long as you wish – I’ve run full system tests for 24 hours; it it’s going to blow, it should show up by then.
{mospagebreak}

I can’t possibly show all the test screens that you can access – if you printed everything out, there’s over 60 pages of test data. However, I can show some that I think could be quite interesting for hardware junkies:

First, you can read-out what’s on the system: 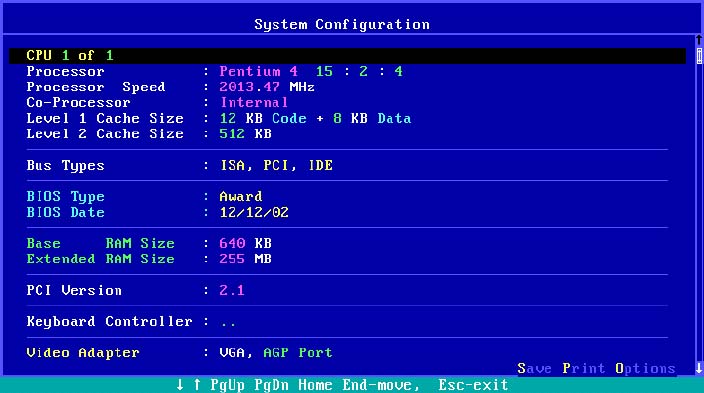 No need to go into BIOS or the OS to read out the hardware sensors: 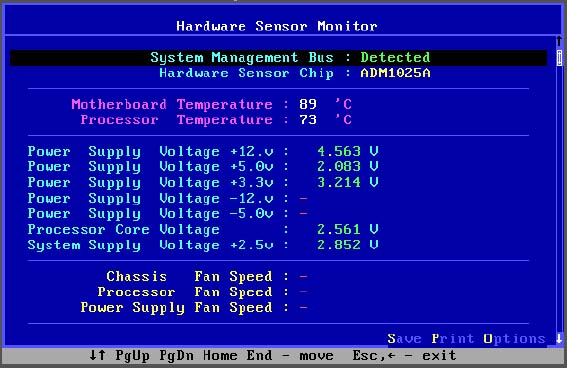 Whatever BIOS collects you can read out. Speaking of BIOS, 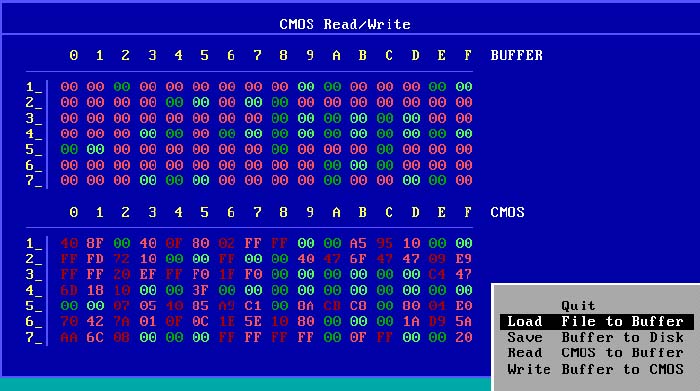 this utility allows you to read the BIOS, store it and then transfer the file to another system (assuming it’s the same motherboard). If you’re building a bunch of the same systems, this allows you to quickly load your BIOS options onto others.

You can also see what going on in the system’s ports with “Port Monitor”. . 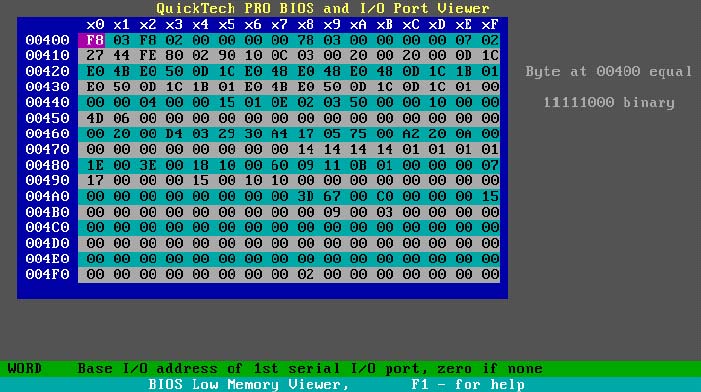 You can even edit this to aid in loading cards to prevent address conflicts.

Want to get a jump on hard drive problems? You can read out S.M.A.R.T. (Self-Monitoring, Analysis and
Reporting Technology) values for hard drives on the system: 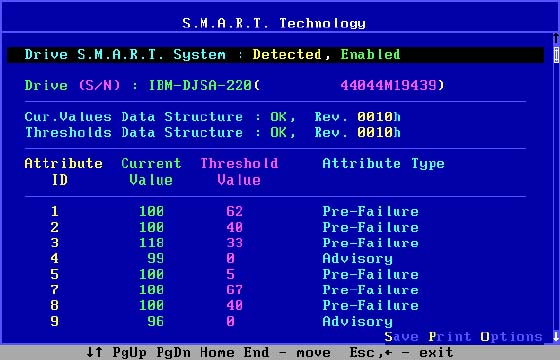 If the drive detects possible or imminent failures, it will generate an alert. 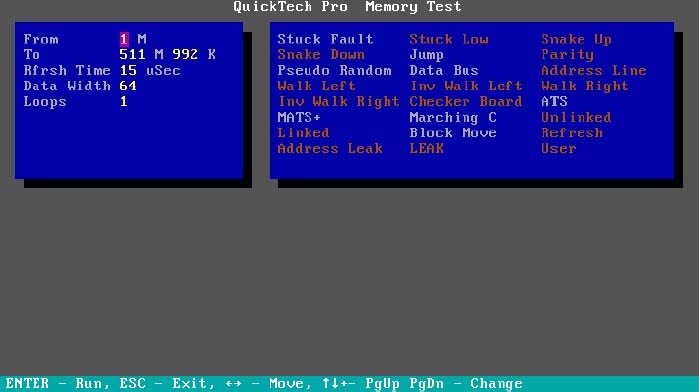 It will spot failures down to the location in a specific chip: 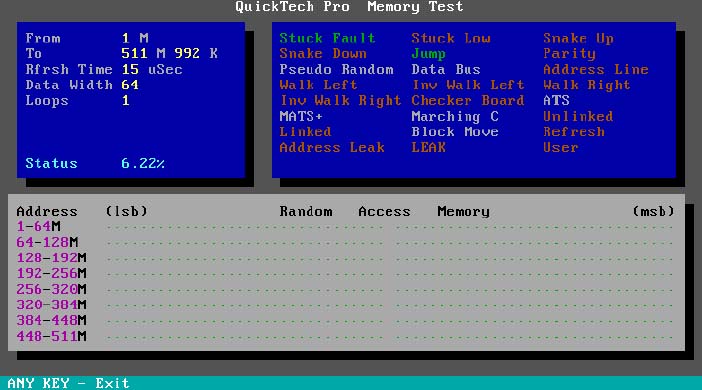 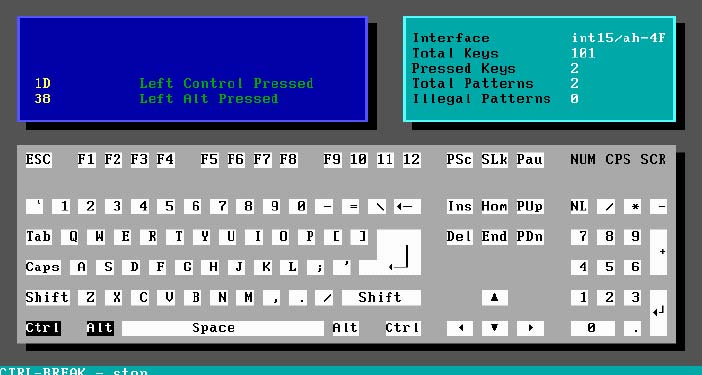 For the real hardware junkies, start poking around the system with a memory scan: 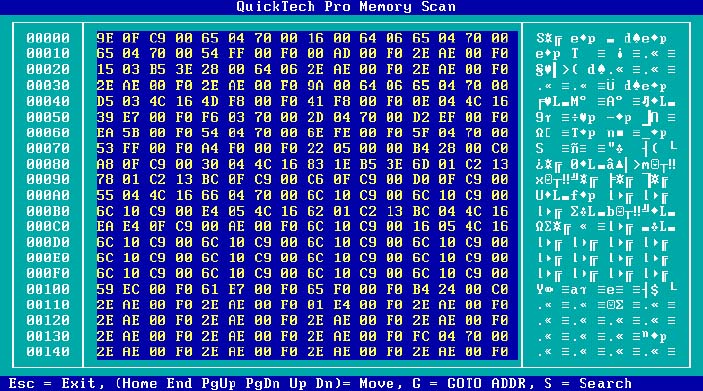 As I’ve helped friends and built systems, I’ve accumulated a number of CD ROMs – I found Quick Tech Pro’s CD test suite perfect for identifying which ones to keep and which to toss. I have a CD RW that a friend told me works “sometimes” – I checked it out in her system and, naturally, found no problems. Then I ran it using Quick Tech Pro and found the following: 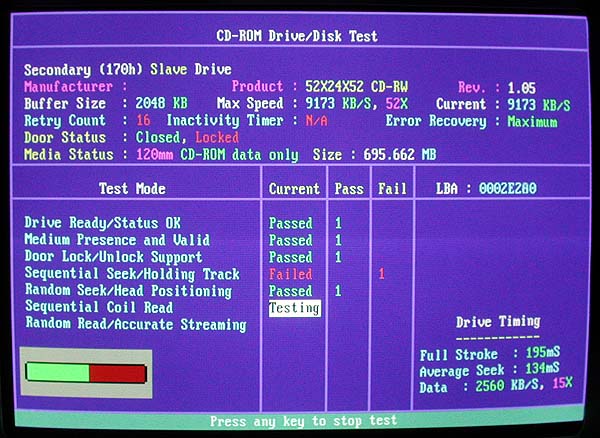 As I continued testing, I found this: 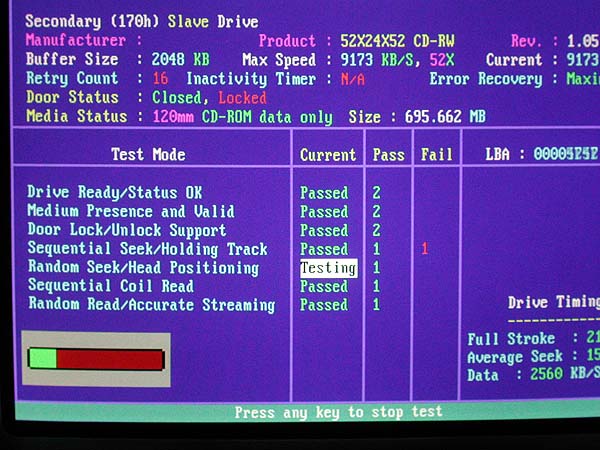 Sometimes it works, and sometimes not – the random error that drives us buggy; at least I know my friend was right. I also found out the buffer sizes for my cheap CD ROMs – 248 k.

UXD’s Quick Tech Pro is about the most comprehensive software system testing tool I’ve used. I can burn in and certify a total system or debug the smallest part; the ability to test CD ROMs and DVDs is very handy, allowing me to quickly weed out junk drives.

UXD does not list pricing, as they wish to protect their distributors; However, it is much less than the hardware version. You can email them for information.

There is a version that’s not terribly expensive for the home-user called Quick-Tech Personal – stay tuned for a review and special deal on this product.

Step-by-Step: How to Build a Cheap and Quiet AMD Dually

Got a 750Mhz Slot A Thunderbird a while back. Using it with an Asus K7M motherboard. Did a strip-tease of the CPU, and found out that the 750 was actually a 900 core T-Bird. This pleased me. So far, that’s