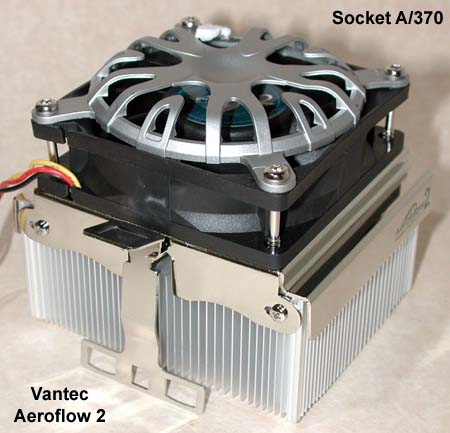 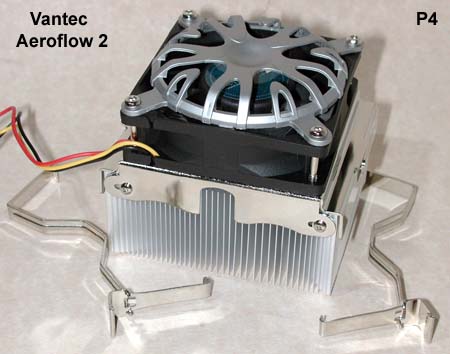 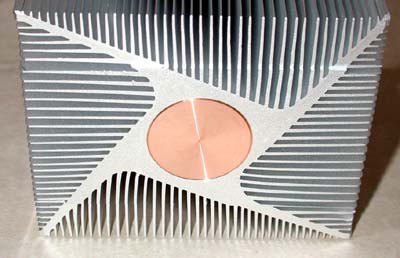 clearly show the copper plug and fin structure, which is different from the first Aeroflow; this version does not feature “unique, four-sided aluminum fins that slope inside the heatsink”, but rather a more traditional straight-cut design.

The grill on top of the heatsink is plastic – on one sample, it was broken: 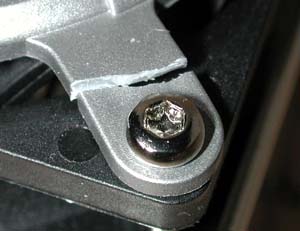 It wasn’t immediately obvious until I powered up – then the fan made a racket as it hit the cover. Easy enough to fix – just lift the cover a bit until it clears the fan’s blades.

The Vantec Aeroflow 2 (P4) was tested on an Acorp 4S845A motherboard with a modified P4 1500 to read CPU case temps; for Socket A, I used the CPU Die Simulator.

Test results place the Vantec Aeroflow 2 in the mid rank of P4 heatsinks and Socket A heatsinks (Heatsink Ranking) tested to date.

Vantec’s Aeroflow 2 is an OK choice for CPU cooling, but not much more than that. This is a case of where the original was better than the sequel.

I think this is quite a nice picture to put on your webpage to show how you should not cool your CPU. The pump broke and that’s the result. My Athlon [email protected] crashed and the power supply still running when