SUMMARY: An effective addition for extended laptop use.

The good guys at Vantec were nice enough to send samples of their laptop coolers to test out. There are two models, LapCool2 model LPC-301 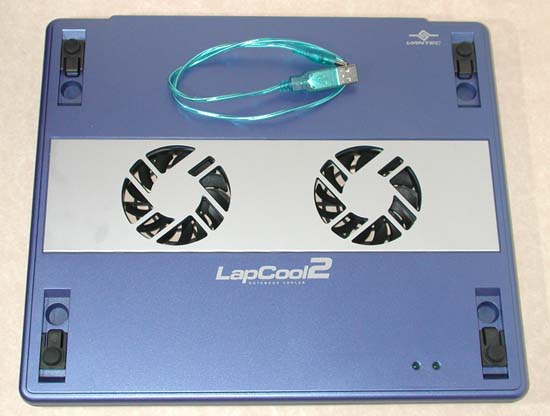 which powers the fans from a USB port, and LapCool2 model LPC-305 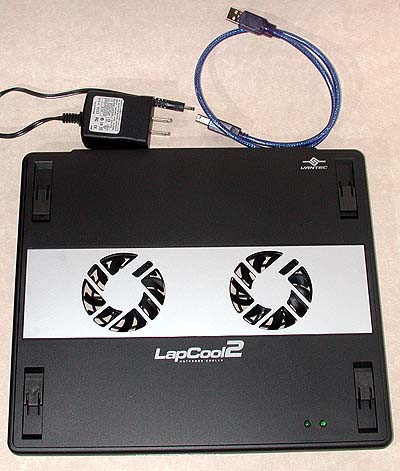 which uses a separate power supply and can act as a four port USB hub.

A look at the bottom 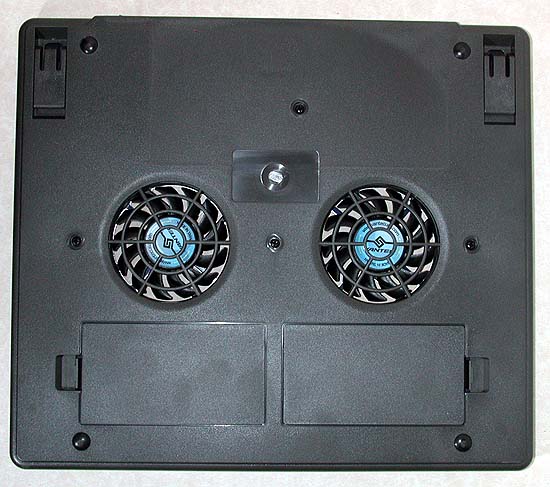 clearly shows the two fans; in addition, there are two storage compartments 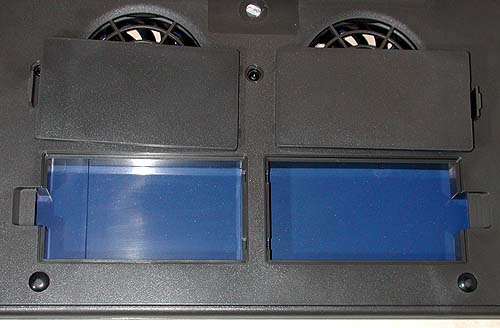 to hold cables and whatever else you might want to squirrel away.

The back of the LapCool2 model LPC-301 has a power port using a USB cable. In addition, there is a slide wheel to dial the fans from low to high. At the lowest setting, fan noise is very low – just about inaudible. At the higher setting, the fans are noticeable but not annoyingly so.

The back of the LapCool2 model LPC-305

There is a power switch to the left of the slide wheel.

The Vantec laptop cooler has two legs which flip out 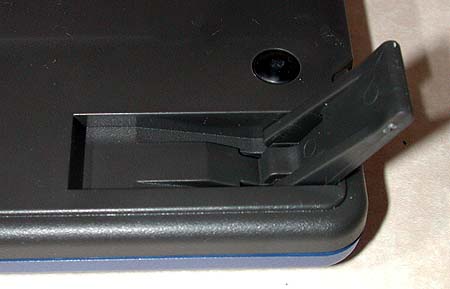 to allow breathing room for the two fans. On the top, there are four feet 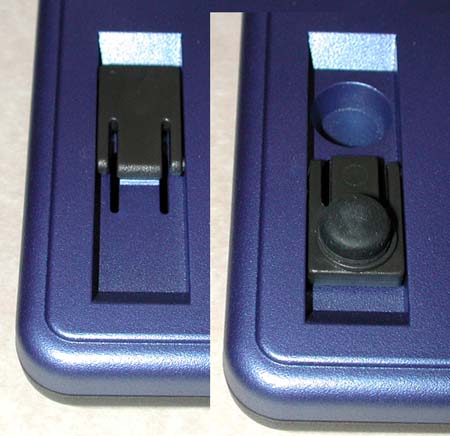 upon which the laptop sits – this gives clearance for the fans to do their job; you can feel air flowing around the edges of the laptop.

I decided to use a laptop where I could measure CPU temps. I place a thermocouple next to the CPU core: 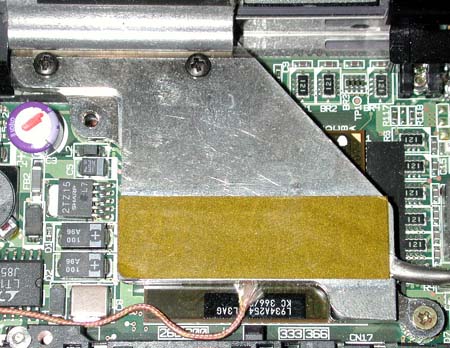 To stress the CPU, I used Prime95 – as it turned out, this was not a good move. I watched as CPU temps climbed to 66.5ºC – to say I was concerned would be an understatement. It plateaued and I turned the fans on high. Temps began to slowly drop – after a couple of minutes and about a 2ºC drop, the screen went black and the PC shut down.

Then I saw a small wisp of smoke – I had burned out a resistor! Luckily, it was for the glidepad, which I don’t use, but a real downer.

After that episode and the PC cooled down, I decided to use something less stressful. I settled on running the screen saver as a way to moderately stress the CPU and not run the danger of burning out the motherboard.

Therefore, the test was with the screen saver running continuously while I recorded CPU and ambient temps. I ran three situations – the fans on high, low and off.

What I found interesting is there was virtually no difference between the fans high and fans low settings; I would not read this as something everyone will see, but it attests that some airflow over the back of a notebook is a LOT better than none. At the lowest setting, the fans are virtually noiseless.

Laptops, by their nature, are a difficult cooling challenge. Limited space for a heatsink dictates a cooling solution which disperses heat using the laptop’s body – hence, the warm base many feel after a while. Vantec’s laptop cooler is a good additional for anyone using a laptop for long periods. The only thing I’d like to see is a USB port on each side of the cooler in addition to those on the back.

Thanks again to Vantec for sending these our way to try out.

A Geek IQ Test You may have seen some geeks jumping up and down in glee after hearing the “news” that Microsoft was found guilty of “software piracy.” It’s another legal IQ test, and they’re failing this one, too. When

AMD hasn’t had a good week or so. One, they released 2X2 cores that lost practically every meaningful test to Intel’s Kentsfield with almost twice the power consumption. Everyone was so impressed that AMD cut the price before charging it.

At the beginning of this year, I thought this whole DDR thing would be a nightmare. I was wrong; it’s been worse. I expected Bozo the Clown, instead I’m getting Waiting for Godot. You buy an AMD DDR board, you’ll