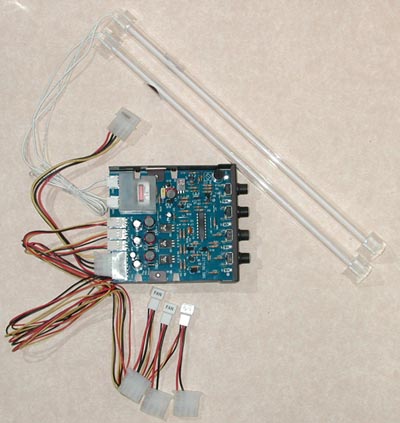 The good guys at Vantec sent us a sample of their Fan and Light Controller (Nexus-305) to test out; this is an updated version of the earlier model NXP-301.

The fan channels range from full off to full on. The light controller can be set for full On, Off and Sound Activated. A look inside 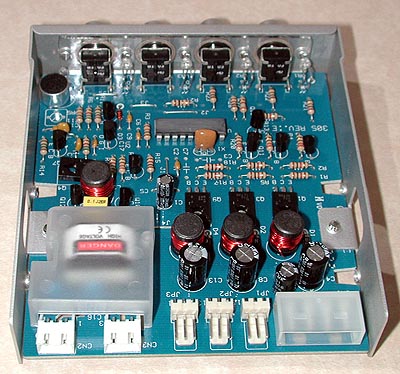 shows the fan and light channels. The cold cathode transformer is prominent on the left side of the circuit board. The major visual difference in this version is that all the knobs now are the same size:

There are two colors available: 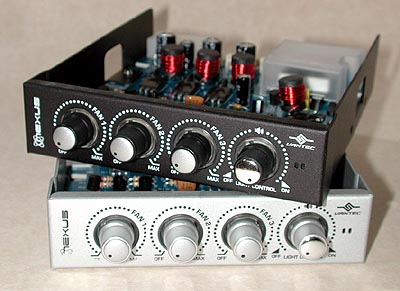 To the right of the knob is the microphone for light activation by sound waves.

In addition to the kit, there are four new cold cathode tubes available: 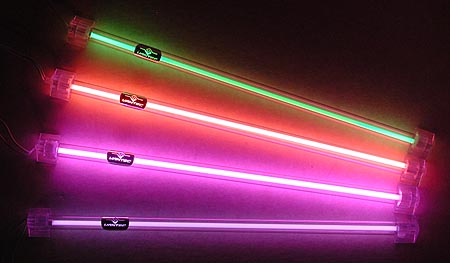 For systems with UV components, this controller should do a fine job of lighting everything up.
{mospagebreak}

I found the Fan Controller does its job fine, although the “active” region seems to be in an arc of about 180 degrees (this may be fan specific). However, I had no problem moderating fans from barely moving to Full On.

The Light Controller is more interesting. Activating the lights by sound is, I would think, the most interesting feature of this Kit. I first rotated the knob to Full On to see if the transformer was noisy – it’s not, doesn’t make a peep.

I then tried Sound Activation to test the microphone’s sensitivity.

I found that I could talk in a normal tone and the lights would flicker on and off at a distance of about 12-18″ from the front panel, responding to “hard” sounds. I also tested with music and found that it takes a fair amount of sound to activate the lights – not blasting, but certainly not background music” sound levels.

I would also think that if you have a noisy case, this may not allow sound activation, as you may have to turn it up so high that it will just stay lit. It would be a nice feature to have the microphone detachable (maybe a user mod??).

All this also depends on how far the music source is from the microphone. I also found that it seems to respond more to mid-level tones, but I think this is more due to sound levels than anything else.

I also found that the lights would not just flicker on and off, but vary in intensity with sound levels. For example, if the background music was loud enough, the lights would stay in at a reduced level and glow brighter as sound increased.

All in all, a nice package for case lighting and fan noise control – a great night light! If your case is quiet enough, no telling what sounds will set the lights to flickering.

No Black Box Here There’s been a lot of wailing and gnashing of teeth about benchmarks being biased, and the solution to all that is some sort of open-source benchmarch. This discussion has not been helped by a great deal

I thought that would get your attention. 🙂 No, I don’t believe going to AMD caused Dell to drop to second place, not at all. This is a good example of correlation not meaning causality (i.e., because one thing happens

From here: The United States Football League was a short-lived professional American football league that played three seasons between 1983 and 1985. . . . . . . [T]he USFL filed an antitrust lawsuit against the older league, claiming it