This is a bull: 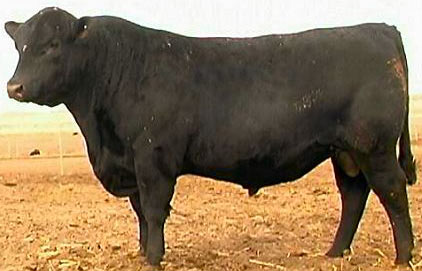 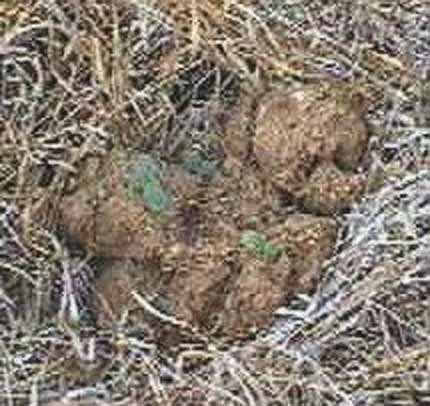 Put them together and you get AMD’s announcement that Clawhammers won’t be out until September, with the whispered excuse being that it’s all Microsoft’s fault.

This is an insult to our intelligences.

I thought this was the 64-bit processor that didn’t need a 64-bit OS; that’s why it was so much better than Intel’s offerings.

Let’s not talk about those roadmaps that surfaced two weeks ago. Let’s not mention AMD offering evaluation systems to reviewers three weeks ago.

What does AMD expect us to believe, that they talk to MS about 64-bit operating systems once every six months?

AMD will get the socket 940 Opteron/Sledgehammers out in the spring. The top rated one will only run at 1.8GHz. This ought to tell you something about what they can get out at the moment.

Just like you can find undigested kernels of corn if you dig through enough dung, you can find another kernel of truth in this dung, too. Why is AMD releasing Opterons even there’s no 64-bit MS operating system for them, either? Oh, it’s because there will be 64-bit versions of Linux around.

AMD estimated a long time ago that 64-bit operations would yield an overall performance improvemnt of about 15-20%. Much more recently, AMD has been claiming that Sledgehammer will blow away equivalent Intel offerings.

However, the limited benchmarking we’ve seen so far indicates that high-end Sledgehammers are just roughly even.

Could it be that Hammers need a 64-bit OS to blow away anybody (including Bartons)? And if that’s true for server chips, wouldn’t that be even more true for a desktop chip, especially one with much less L2 cache than its bigger brothers?

This is more insult to us than injury to AMD. They should be able to muddle through 2003 with Bartons on the desktop and whatever sales they scrounge up with high-priced Sledgehammers.

Making Clawhammer the flagship desktop chip in .13 micron never made much sense, anyway, and it seems that AMD has also come to that conclusion and is backing away from it without admitting it.

So should you. If you’re an AMD fan, get your TBredB or Barton, and forget about Hammer until 2004.

All copyrights belongs to their respective owners.

When the AMD corporate execs talk about their company, you hear a lot of “vision” stuff.

If you look at the long history of Hammer, they’ve had “vision” already. Lot of visions. Visions as in mirages.

AMD has always had a reputation of not being able to deliver, and this Hammer fiasco has snapped that mindset right back into place. This cannot help. 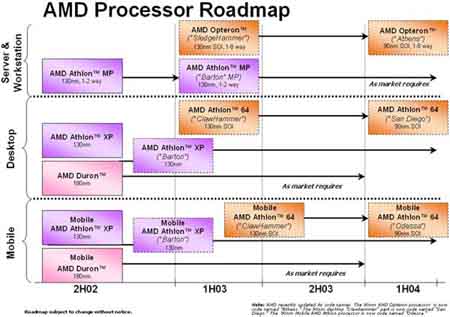 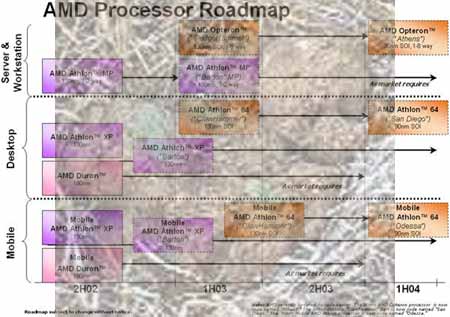 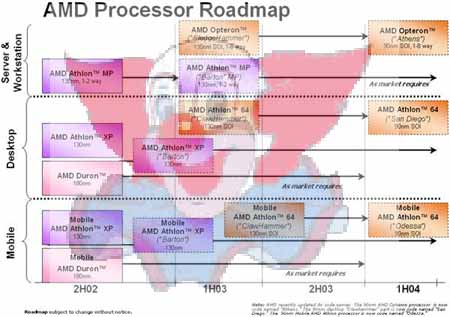 Please help me. Are any of you having the same problem I’m having?

Which one are you seeing?

All copyrights belongs to their respective owners.

When The Speed Goes, Where Goes The Software?

Just got this interesting email: While reading about the cMac and the “end of speed era” something struck me. The initial betas of Longhorn seemed rather sluggish and stuffed with useless fancy stuff. Could it be that MS expected the

What We Have To Look Forward To

It’s Now Or Later, Much Later After all the developments and conferences over the last six months, we now have a decent idea what to expect over the next two years. First, there is now. “Now” isn’t going to change

I know this might not initially not look very relevant to overclockers.com, but please read on. A couple of weeks ago i decided to buy a new stereo system, I looked around checked the reviews, and ended up with two